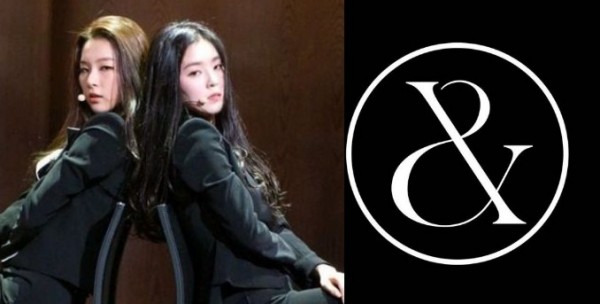 SM Entertainment has released an official statement about the postponement of Irene and Seulgi's upcoming debut as a duo.

It was announced last May 26,  that the Red Velvet members' Irene and Seulgi will debut as a duo with their first mini-album, "MONSTER" on the 15th of June. While fans are expecting to witness the first sub-unit of the girl group, they need to calm down for a bit as the agency revealed that there are reasons for the movement of the set date. Here is the official statement of SM Entertainment.

"This is SM Entertainment.

Red Velvet-Irene and Seulgi's first mini-album 'Monster,' which was scheduled to debut on the 15th of June, is determined to postpone the release in July due to the judgment that additional work was needed further enhance the musical perfection.

As soon as exact release schedule is changed, we will tell the fans first.

Once again, we ask for your patience among fans that have been waiting for the first mini-album of Red Velvet Irene and Seulgi, and we'll see you with a better album to look forward. 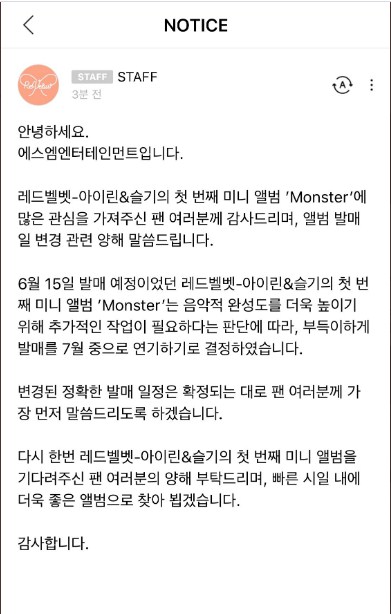 "MONSTER" is initially confirmed to have included six tracks composed of different music themes that will showcase the different sides of Irene and Seulgi. This will be the first separate activity of Red Velvet's members after their debut in 2014. The two are known for their exceptional singing prowess who already participated in singing OSTs, collaborations as well as Korean dubbing in the most recent Dreamworks' animation, "Trolls World Tour."

Recently, Seulgi made a live streaming on VLIVE where she visited Converse Korea (a brand she endorses) to showcase the "Trolls" sneakers and t-shirt. She even made a customized one to show to fans.