K-pop superstars BLACKPINK released their long-awaited comeback for "How You Like That" on June 26 and broke world records with the track. One scene, in particular, gained lots of interest - the ending scene, where the girls are seen dancing in modified hanboks.

Many people reacted favorably to the outfits, saying that they found it pretty and also saw it an opportunity to promote hanbok on the international stage. Others, however, did not have the same reaction and claimed that the modification of it took away the beauty of the traditional clothing.

Some critics thought that the wearing of the hanboks could put the girls on cold water, with people having divided opinions over the use of traditional clothing.

Since then, BLACKPINK has topped the iTunes songs chart in 64 counties and surpassed 100 million views on the music video in just 32 hours. Many foreign media outlets reported all of the group's achievements in real-time.

BLACKPINK is drawing lots of attention for not only wearing the hanbok in the music video but also wearing it when they performed on "The Tonight Show Starring Jimmy Fallon," which has caused global interest in hanbok,

A representative of the company gave context to the type of hanbok BLACKPINK is wearing, saying, "It's a hanbok called Cheollik that was worn by military officials as uniforms during the Joseon Dynasty. We reduced the length of the hanbok to make it easier for the girls to dance in."

Jennie was seen wearing a pink hanbok, which caught the eyes of viewers all around the world. The representative further explained that specific piece, saying, "It's part of the daily clothes worn by scholars back in the day. Because they are dancing, I cut it a little bit and made it in the form of a jeogori." 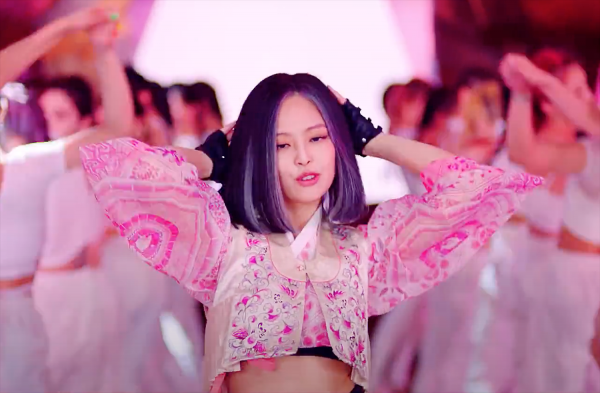 The representative also commented on the rise of interest in hanbok. "Foreign fan's interest in hanbok has increased a lot, and we received many inquiries from people wanting to buy hanbok. With this new opportunity, we hope to see new possibilities for hanbok."

Some people brought up that during the Miss Korea contest in 2019, the previous year's winners wore hanbok. In comparison to BLACKPINK's hanbok, however, people reacted negatively to the outfits. They said that their hanboks were more reminiscent of lingerie or swimwear rather than traditional garments. 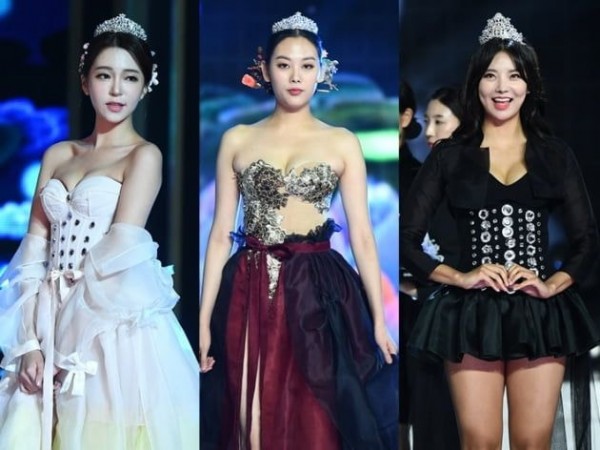 At the time, Park Sul Nyeo, a researcher on hanbok, commented on the controversy, saying, "Even if we were to modify it to fit modern styles, we should not break down the traditional aspect too much. The times are changing. As we all know, hanbok has its own uniqueness. It's a modern hanbok, but I think it's a bit sad to see id remade into such a way. It's our traditional clothes we have to protect, so I think it'd be good if we put more thought into how we modernize it."

Dubbed as fusion hanbok, the clothing sparked controversy over how it was commercialized to show their sex appeal rather than to appreciate the culture.

While many questioned why BLACKPINK could wear modernized hanboks, a wide majority defended the girls. Many agreed that they still respected the traditional aspect of the outfits, while Miss Korea did not. Fans and netizens alike are saying that BLACKPINK did it tastefully, while Miss Korea did theirs in a way that makes Koreans uncomfortable.