Starship Entertainment's 2020 super rookie group CRAVITY turns the heat up by releasing their Suit Dance version for "My Turn."

As indicated in the title, the latest 3:40 video featured the nine members - Serim, Allen, Jungmo, Woobin, Wonjin, Minhee, Hyeongjun, Taeyoung, and Seongmin - dressed in varying styles of formal suits, though mostly following a black and gray color theme. Looking like characters lifted from the spy franchise "Kingsman," CRAVITY excites fans with their formal attires and cool aura while performing.

Even with their ensemble - complete with leather shoes for all and others sporting eyeglasses - the nine Starship Entertainment talents managed to effortlessly complete the routine that accompanied the upbeat track that declares the group's time: now. 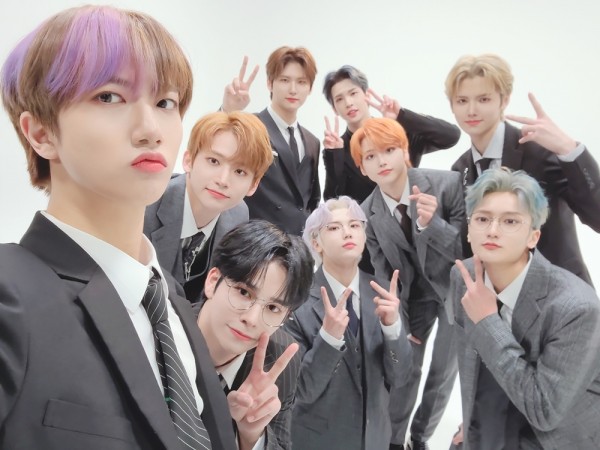 "My Turn" is the lead single for the group's third album, "Season 3. Hideout: Be Our Voice," first released on January 19, 2021. The album release was marked with the release of the music video for its title track, exhibiting the members with a more sporty motif compared to the class and style of their suit dance version. As of press time, the official "My Turn" music video now has 8.7 million views on YouTube alone.

In promotion of their latest album, CRAVITY graced the SBS Inkigayo stage last January 24. In their comeback stage, they performed the "Season 3. Hideout: Be Our Voice" lead track together with the chants from their fans, LUVITY.

As a super rookie group, CRAVITY first made its debut last April 2020 with the release of "Season 1. Hideout: Remember Who We Are." It immediately topped the South Korean Gaon Album Charts, and soon debuted at the US Billboard Social 50 chart at the 12th spot - making them the only 2020 rookie group to make this achievement.

Their musical journey, told through the albums, continues with the August EP "Season 2. Hideout: The New Day We Step Into." Also a commercial success, their first comeback topped the Japanese Tower Records' Album Charts and the South Korean Gaon Album Charts.