Girls' Generation comeback rumors have been making rounds again recently. On Friday, Feb. 19, reports about the possible reunion of the popular South Korean group have reignited after an unnamed source claimed that the girls have been in constant contact lately. 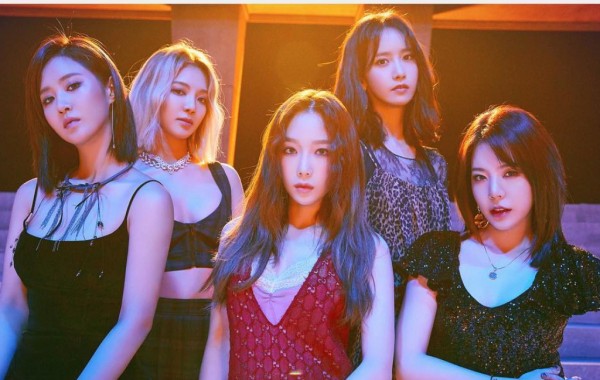 Girls' Generation is Said to be Preparing for a New Album

An unidentified industry insider suggested that Girls' Generation members have been in talks about a possible new album release. It was claimed that Taeyeon, Yuri, Hyoyeon, Sunny, Yoona, Tiffany, Sooyoung and Seohyun are very likely to work together again since they were able to maintain a good relationship with each other despite the group's hiatus.

The remaining members of Girls' Generation, reportedly, got reunited in 2020 to celebrate the group's 13th anniversary. At the time, Taeyeon seemingly gave a hint at a possible reunion coming in the future by saying that their friendship has no end and that she has been hoping for happy days. The "Fine" hitmaker even stated she is confident that their fans' wishes would come true.

Most, if not all, fans can recall that the last project of Taeyeon, Yuri, Hyoyeon, Sunny, Yoona, Tiffany, Sooyoung and Seohyun together is their ninth studio album titled "Holiday Night." The EP, which was also the sixth Korean studio album of Girls' Generation, was released on Aug. 4, 2017.

Should the rumored comeback be a successful one, the unnamed tipster said that devoted supporters of the girl group could expected a complete comeback after four years since hiatus. The same insider, however, made it clear that nothing has been set in stone yet since each member has their own personal activities lined up already. The unidentified industry informant stated that he is checking the schedules of Taeyeon, Yuri, Hyoyeon, Sunny, Yoona, Tiffany, Sooyoung and Seohyun between May and June so he could arrange things accordingly. He also opened up about the possibility of conducting music broadcasts should things push through.

ALSO READ: Girls' Generation is Not Making a Comeback in August 2021

Meanwhile, SM Entertainment was quick to release a warning over the reports claiming that Girls' Generation would be making its return to the music scene very soon. While it is true that the group members have been constantly interacting and discussing group activities, the agency made it clear that it has not been decided as of this writing. This is not the first time that Girls' Generation was reported to be returning to the limelight after years of being away from it.

In December 2020, Sooyoung sparked reunion rumors following her statement that other members of the South Korean girl band would greet their fans soon. Seohyun, in February 2020, also shared a snap of a stream on her Instagram story. Fans got more curious when the "I Got A Boy" songstress wrote about "the thing" that everyone has been expecting to come for in so long. At first, her followers thought that she was referring to her drama titled "Hello Drama." However, the Girls' Generation singer confirmed that it was not about her lesbian role in the series.

Members of Girls' Generation have yet to comment on these never-ending comeback rumors. So, avid fans of Taeyeon, Yuri, Hyoyeon, Sunny, Yoona, Tiffany, Sooyoung, and Seohyun should take these unverified claims with a huge grain of salt until everything is proven true and correct.