Apink has released their special digital single, "Thank You," in celebration of their 10th anniversary of debut!

Apink stepped into the world of K-pop on April 19, 2011, with an extended play titled "Seven Springs of Apink." Originally a seven-member group, member Hong Yookyung parted ways with the group and Play M Entertainment to accomplish her studies. Since then, no additional members were added, and Apink remained as a six-piece band up to now.

In celebration of their 10th debut anniversary, Apink has launched a "10th Anniversary Project," which includes the release of a special digital single titled "Thank You." 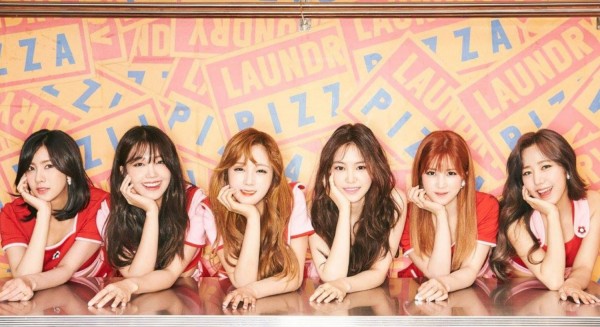 On April 19 at 6 p.m. KST, Apink launched a new track titled "Thank You" on various music sites. The song serves as a gift for their fans, generally called Pink Panda, who have constantly supported them for the past 10 years. This digital single is also part of the celebration of their 10th anniversary of debut.

"Thank You" is a medium-tempo dance track with a synth sound. As the title implies, the lyrics of the song form a message of gratitude to the fans. Duble Sidekick, who previously teamed up with Apink for their songs "Mr. Chu" and "Cause You're My Star," took part in composing and writing the lyrics for the track. Apink's Bomi also directly participated in the lyric-writing process.

Apink's "Thank You" is accompanied by a music video. In the MV, Eunji, Bomi, Chorong, Naeun, Namjoo, and Hayoung sing from their hearts as they expressed how thankful they are to the fans who have been by their side "from happy days to even teary moments."  The members also say, "Always grateful for the courage you gave me. You are by my side, we are shining my love. Thank you forever. In times when you miss me, remember the memories we've shared." The official lightstick of Apink was even used as a prop in the music video for "Thank You."

READ MORE: Apink Chorong under Suspicion of School Violence after 'A' Comes Forward

Another main highlight of the MV is the scene where all six members of the girl group were looking back on their activities in the past 10 years, which are shown through a projector.

Watch the music video for Apink's "Thank You" below!

Apart from the release of a special digital single, the girl group has also opened a "Pink Carnival" to make the celebration more fun. "Pink Carnival" comprises an online exhibition and pop-up store, which fans can freely access.

On the website, fans will be able to see unreleased photos from their previous promotions. There's also a "Panda Zone" page where fans get to leave messages to Apink. The "Pink Carnival" is yet to