More than three million pieces of chicken nuggets were sold thanks to the "BTS Meal"!

On June 23, an official from McDonald's Philippines revealed that thanks to the "BTS Meal" in collaboration with K-Pop superstars, BTS, they sold nearly 3.5 million pieces of chicken nuggets on the day of the Meal's launch alone. The "BTS Meal" launched in the Philippines back on June 18.

Each "BTS Meal" comes with a 10-piece chicken McNuggets, which means nearly a whopping 350,000 "BTS Meal" units were sold on its launch day!

According to Margot Torres, the managing director of McDonald's Philippines, the number of chicken nuggets sold was 1000 percent higher as compared to their average daily nuggets sales prior to the "BTS Meal."

YOU MIGHT BE INTERESTED IN: This Artist Upcycled BTS Meal Set Packaging Into Custom Sneakers - The Result Will Amaze You

Since its launch on June 18, nearly a million "BTS Meal" units were sold in total. The managing director added that they were so surprised and that it was phenomenal. "We really painted the town purple," said Margot Torres.

Margot Torres also noted that the packaging was critical in the mega fast food chain's increase in sales, aside from the meal inclusions such as the 10-piece chicken McNuggets, medium coke, medium fries, and the two Korean-inspired dipping sauces - Cajun and Spicy Chili.

GUYSS !!!
McDonalds Brazil started using the BTS meal boxes today.
It has the BTS logo along with 보라 해 (BORAHAE) written on the box !!

The staff of McDonald's Philippines was revealed to have been given special instructions when it came to the packaging. According to the managing director, they were also instructed not to fold the "BTS Meal" paper bag but preserve it, as it is known that ARMY - BTS' fandom - would like to add it to their collection of BTS merchandise.

BTS is known to boost sales of numerous brands they collaborate with, so it is no surprise that McDonald's Philippines also saw immense success. Previously, it was reported that McDonald's in South Korea had surpassed 1.2 million "BTS Meal" units sold.

Congratulations to McDonald's and BTS!

Jungkook continues to show his charting power as a solo artist!

According to the latest Billboard's World Digital Songs Sales chart for the week of June 26, Jungkook's solo song "Euphoria" from the BTS "Love Yourself: Answer" album that was released in 2018, took the No.7 spot, marking the song's 70th week on the chart as well as becoming the longest-charting solo song by a Korean idol. 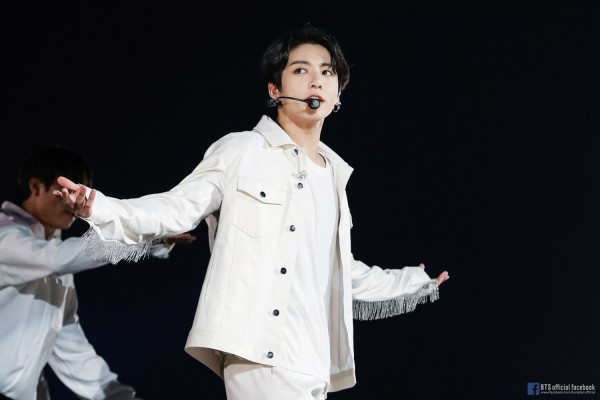 In addition to "Euphoria," Jungkook's other solo song, "My Time," also topped the World Digital Songs Sales chart at No.11 in its 66th week, making it the second longest-charting solo song by a Korean idol in history.

Meanwhile, as of June 23, "Euphoria" has surpassed 246 million streams on the world's largest music platform, Spotify, making it the first solo song by a Korean male idol to do so as well.