Joy Ruckus Club, dubbed as the biggest Asian music festival in the world, recently revealed its far-reaching, worthwhile collaborative project "I Hate Being Hated," uniting 14 artists in taking a stand in bringing awareness to Anti-Asian Hate. And among these talented individuals is the New Zealand-based independent artist, Geoff Ong.

KpopStarz had a chance to talk with the self-produced pop artist, Geoff Ong, who wore his heart on his sleeve as he detailed his music and a recent feat, the "I Hate Being Hated" project and what it means to him, and more! 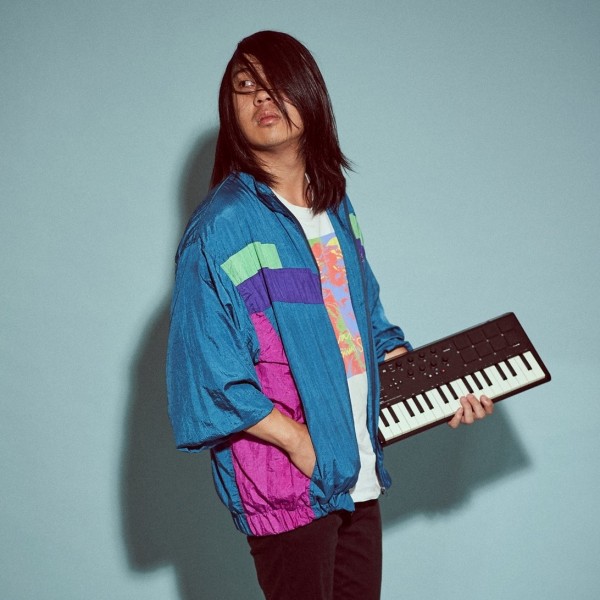 Your track "Turn The TV Off" has been recently added to Spotify for Artists' "The Local List Aotearoa" - big congratulations! What was your reaction? Could you tell us the process of making, producing this track?

Thank you! I was super stoked - it's my first ever song to make it onto a Spotify playlist so that felt like a pretty cool milestone for me.

When I wrote 'Turn The TV Off' it felt like every single news article I read was combining to create this crushing sense of impending doom (which I recognise is a strangely intense thing to write a pop song about but hey here we are). 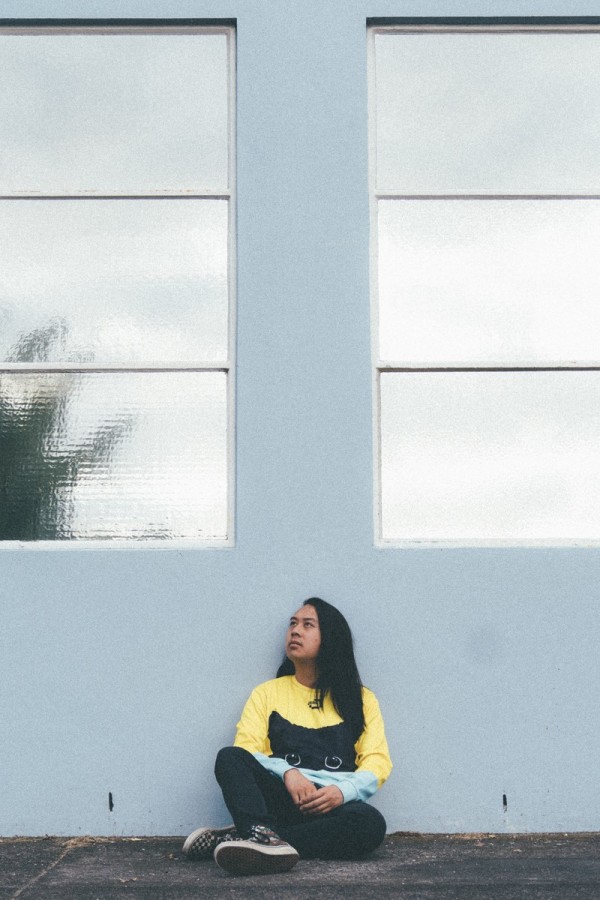 It sounds dramatic but I really felt like the end of the world was about to happen. Climate change, the storming of Capitol Hill, police shootings of unarmed black civilians, coronavirus, wildfires, the rise of the alt-right and online conspiracy theorists, the ongoing erosion of women's and trans rights, rapidly growing wealth inequality, AHHHHHHHH!!!!

In the midst of it all I started actively avoiding the news, which made me realise what a privileged position I'm in. It's a privilege to be able to avoid thinking about all this stuff when other folks are literally living through it! How do I balance my responsibility to stay informed and take action, with the need to look after my mental health? Honestly I haven't figured that out yet... But the song is about working through those thoughts and trying to hang on to some hope in the process. 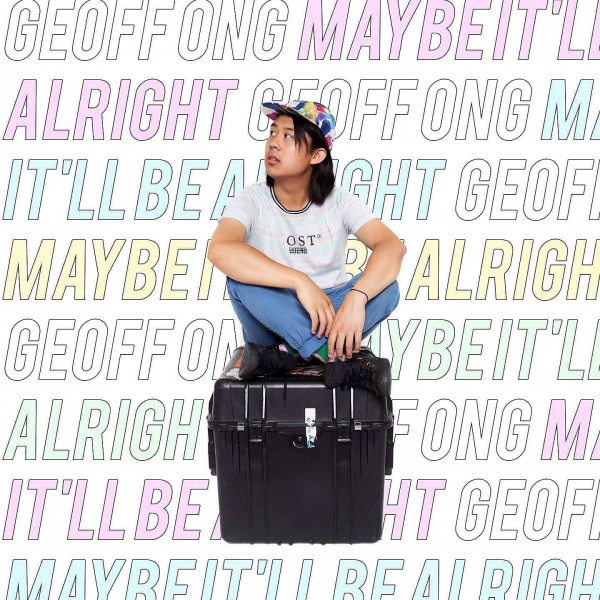 Your debut album "Maybe It'll Be Alright" was released about 6 months ago. Will you be releasing a new album soon, or is something new in progress?

This year I've been working a lot as a producer for other artists, so making my own music has been on the back burner a little bit. But I'm definitely keen to get back into writing and releasing my own music soon!

I'm not sure if that will be an album or an EP or a run of singles... But I'll be doing it as and when I feel inspired! 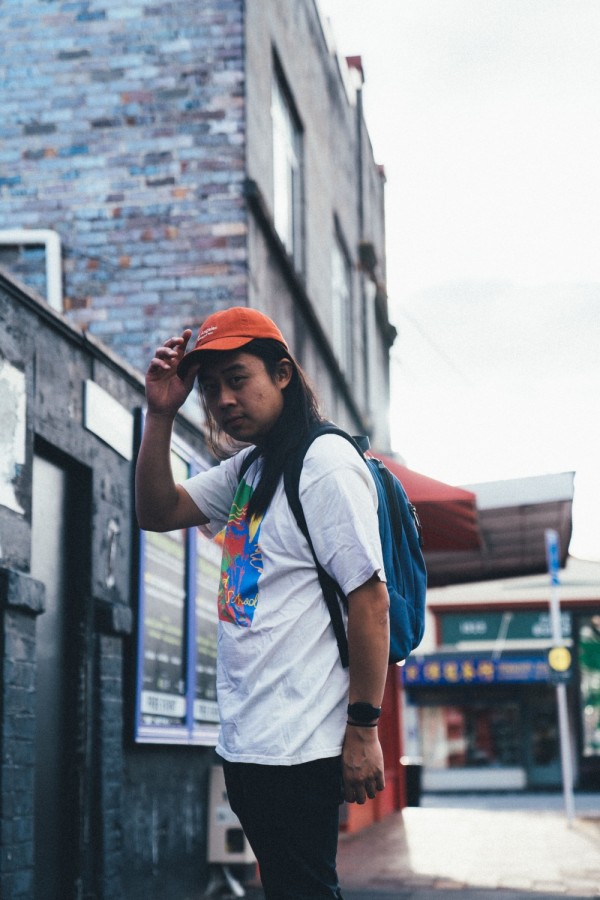 You collaborated with lots of amazing Asian artists in "I Hate Being Hated," and you also participated in its remix version. Could you tell us more about this collaboration? How do you feel being part of this project?

Oh man so many feelings about being part of this project. Honestly I'm very honoured to have been asked to take part! I definitely felt a big weight of responsibility to really say something with it and not just phone it in...

I think that in Asian culture we're often raised to keep our heads down and just work hard and not cause any trouble, so being able to speak up and be like "hey, actually this is not okay" really means a lot to me. So I felt like it was doubly important to be really pointed and take the opportunity to speak candidly about the racism which AAPI people experience in Western societies, but also consider how we can make it better. It's the first song I've done where I've used Mandarin in the lyrics as well - my Chinese is not very good so it felt a bit scary! But doing that felt like a real reclamation of that part of my identity. 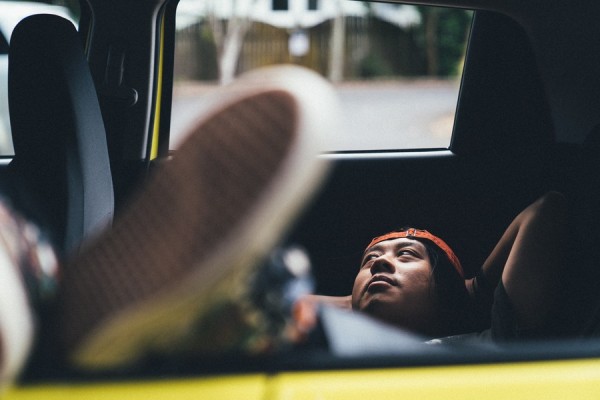 Any artists you're eyeing right now for a future collaboration?

I'm honestly up to my eyeballs right now with collabs which is a really lucky position for me to be in! But I think that it would be cool to help try and facilitate getting more AAPI people into the arts so I'm super keen to keep an eye out for other awesome Asian folks to work with.

I mean I don't think anyone likes being hated right? For me personally it feels like a big societal awakening where people are starting to become more aware of how colonial hatred has seeped into our subconscious without us even realising. So I think the more projects like this where marginalised people can speak out, the better! 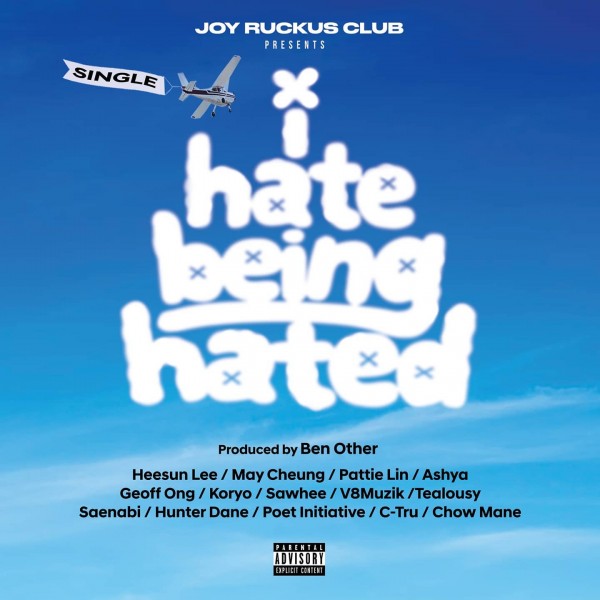 Words of encouragement, message of hope to the members of Asian community who experience racial discrimination?

I would say to never be ashamed of who you are. It's so hard when society kinda pushes us to shape ourselves into the default mould! But the more we push back against that, the more we continue these conversations in our own lives, the more we allow each other to live authentically, that's what can shape a future where racism no longer exists.

Whenever I feel like I'm too small to make a difference, that my contributions are too insignificant, I remind myself that a society is the sum of its individual citizens. Which way am I moving the needle?

"I Hate Being Hated" is a profound and powerful song, produced by Asian-American artist Ben Other. It debuted at the Joy Ruckus Club online fundraising event of the same name, and features 14 artists who performed at JRC's previous music festivals.

"I Hate Being Hated" is available on major music platforms, as well as its remixed version that boasts a fiercer, braver feel. Stream it below!