The "Incheon Pentaport Rock Festival" will be held virtually this year. 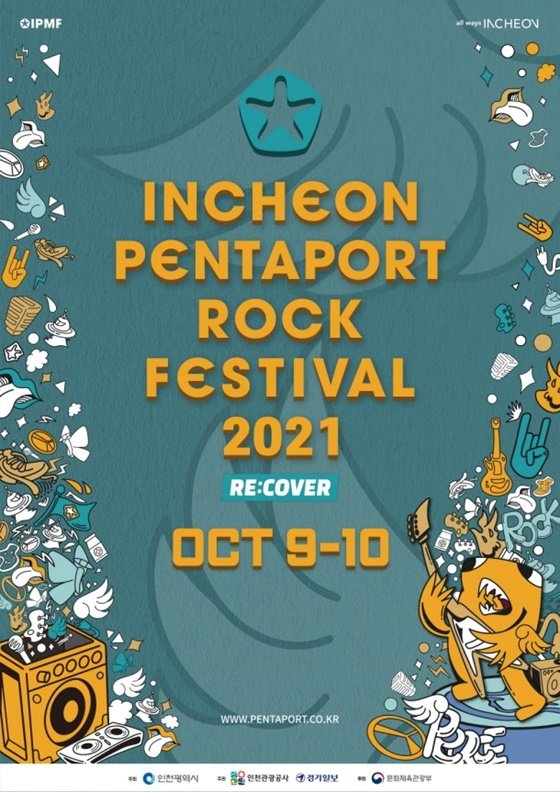 The event will be held at the "Incheon Pentaport Rock Festival," Korea's best outdoor festival in the city from October 9 - 10. The "Penta Youth Star" is for discovering and nurturing up-and-coming artists from August to September. "Penta" is also held at a landmark in Incheon. It consists of "Pot Live Stage" and "Pentaport Live Club Party" held at a live club in the Incheon area.

"Incheon Pentaport" has maintained its pride as Korea's biggest outdoor rock festival from 2006 to 2007. It is a representative music festival chosen as a culture and tourism festival by the Ministry of Culture, Sports and Tourism for 10 consecutive years from 2012 to 2021. Around 1,200 domestic and foreign musicians have appeared in the past, and it is the biggest domestic rock festival that boasts a total audience of 800,000.

The "Incheon Pentaport Rock Festival" is an upgraded stage that is different from last year. Different non-face-to-face programs like 360-degree VR broadcasting and commentary by music experts will provide a vivid sense of presence to the virtual audience. The lineup is composed of the top domestic artists. There will also be a number of artists from overseas. But since it is difficult to enter the country, the video of their locally recorded performance will be transmitted.

ALSO READ: 'M Countdown' Resumes After a Week Off - CL, Eunbi Kwon & Stray Kids to Comeback the Next Episode

In the release of the first lineup, Lee Seung-Hwan, who uses different singing methods with a wide genre spectrum and appealing vocals. Next is Yoon Sang, who has been the top producer in the popular music industry for over 30 years. Also, 10CM, Daybreak, Jujak, and Adoi who have captivated the public with their sweet melodies. Also named in the lineup are The Baluntiers, One Daychi, N.Flying, Jung Hong-il, Kim Sa-wol, Mather, Silica Gel, and Nerd Connection. The lineup for the overseas artist will be announced at a later date.

Last year, because of COVID-19, the first virtual festival was held, it gathered approximately 780,000 viewers. Aside from that, the audience also enjoyed the sense of being together with the help of online chatting.

A festival official stated that they are expected to be able to hold an on-site performance with a cheering audience in front of the stage this year. However, they decided to still hold it virtually like last year because of the pandemic. The festival organizers are hoping that it will still give comfort to the tired and struggling citizens and satisfy their cultural thirst to some point.

IN CASE YOU MISSED IT: K-Pop Radar Launches 'Ifland' for All K-Pop Fans