On the latest TMI News episode, K-pop idols who are related were revealed. Indeed, from their visuals, talents, and skills — you can say that the "celebrity genes" truly run in their blood!

Read more to see who made it to the new TMI list. 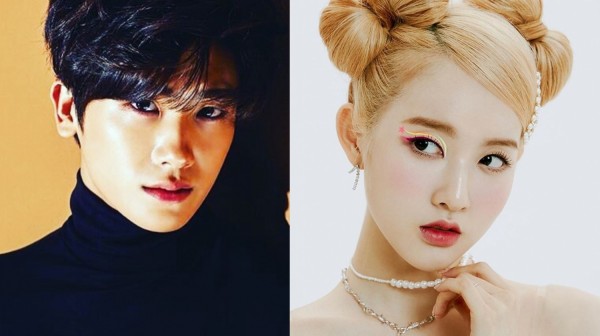 In the latter list, K-pop idols such as ZE:A Park Hyung Sik, BIGBANG G-Dragon, STAYC Sieun, and more were revealed to be relatives and family members of other celebrities!

Are you curious if who is on the list?

In particular, The "Train to Busan" and "Peninsula" stars' grandfathers were best friends. Their son and daughter got married, who are the aunt and uncle of Gong Yoo and Dong Won. This made them cousins.

In the seventh place, G-Dragon and Kim Min Joon were mentioned as brothers-in-law. In fact, the BIGBANG member's sister Kwon Dami married the actor in 2019.

Online users are always praising their close relationship, which is evident in their SNS photos.

In sixth place are veteran actors Park Sung Woong and Kim Eui Sung. Aside from their close relationship as junior and senior, it was also revealed that the two are distant cousins.

In the fifth place is Fin. K.L Ock Joo Hyun and ZE:A Park Hyung Sik. The idols mentioned in the past that they are actually distant cousins.

In the fourth place, actor Yoon Joo Bin was revealed to be Yoon Bong Gil's descendant, a proud independence activist in the 1930s.

Meanwhile, the former 5urprise Gong Myung and NCT Doyoung ranked third. The popular actor and million-seller idol are biological brothers – and with their achievements – you can truly say that the celebrity genes run in their family!

TWICE Jeongyeon and Gong Seungyeon then ranked second. The biological sisters both dreamed to be K-pop idols – but Seungyeon suddenly rose as an actress during her trainee days in SM Entertainment and became a full-fledged actress in 2012.

No. 1 is STAYC Sieun, who is the real daughter of music icon Park Nam Jung. Just like the father, his daughter Sieun is also gaining praise for her incredible vocals, not to mention her sharp dance moves.

In the late 80s, Park Nam Jung invented the popular L-Dance – proving that Sieun got her celebrity genes from her dad.

Do you know any K-pop idols who are also relatives and family of other stars? Comment down!

Read More: The “Celebrity Genes” of These Idols and Celebrities Came from Their Parents As Proven By These Photos