A BLINK received a direct message from BLACKPINK Rosé on Instagram... then got blocked by the female idol. 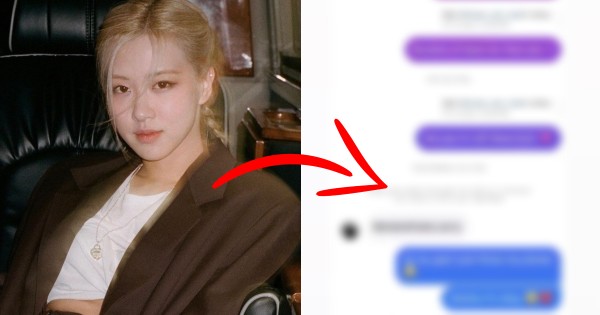 A fan on Instagram revealed that BLACKPINK member Rosé had sent her a message on Instagram, but was them blocked by the female idol. However, the reason why may surprise you.

ALSO READ: BLACKPINK Rosé and aespa Ningning's Vocal Technique Gets Compared to One Another - Who Has the Better Voice?

On November 19, an Instagram user with the user name chang_says_cheeks, who goes by the name Paris, revealed that she received a direct message from Rosé. The BLINK had sent her several messages expressing her love and admiration for the female idol in the past. But, to her surprise, Rosé actually saw the messages and replied to her! 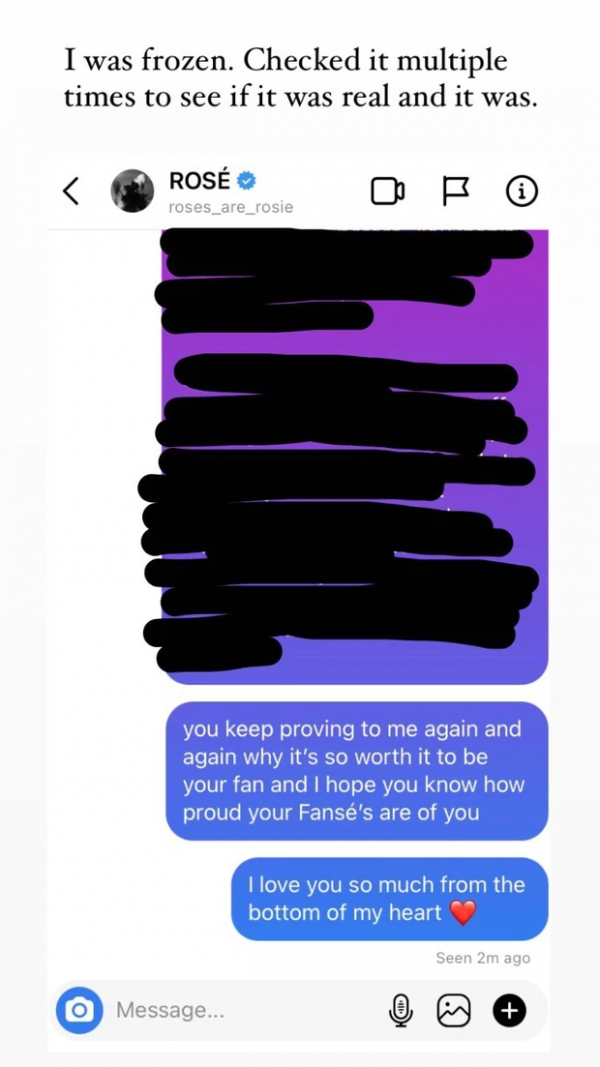 However, it appears to have been an accident. When Rosé opened the message, the fan received a notification that the BLACKPINK member messaged her about a comment she made on her post. To this, Rosé messaged her "Bahahahhaha sorry." 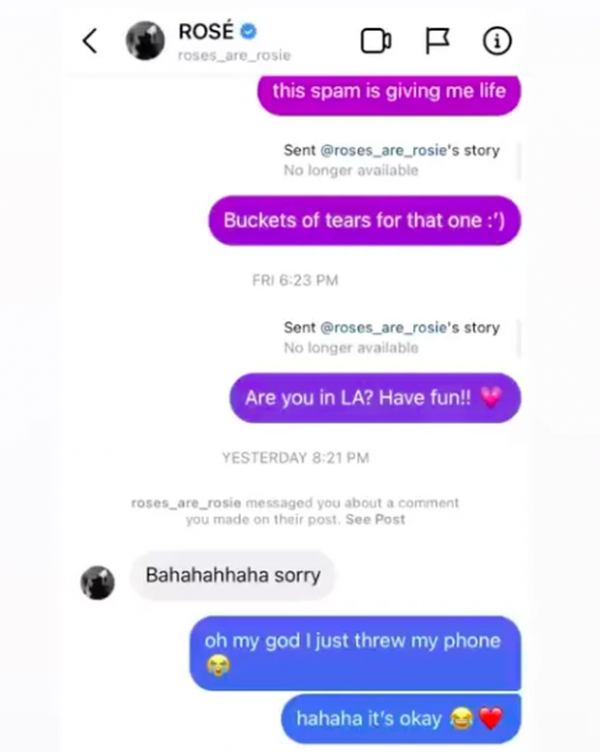 The fan expressed her shock over Rosé's message but never got a reply back from the female idol. After rechecking the idol's account a few minutes later, she realized that the female idol had blocked her on Instagram. 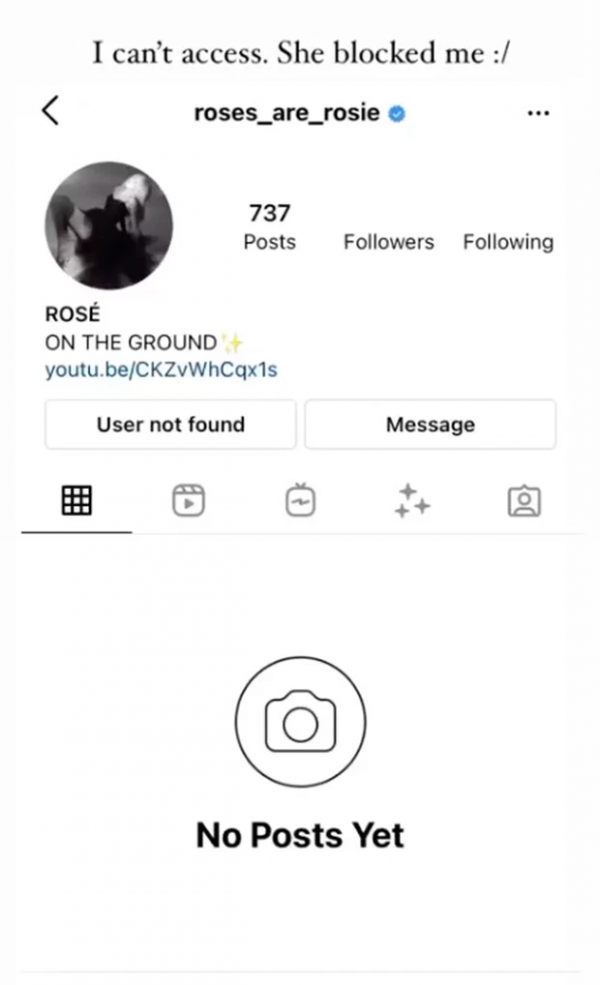 The fan revealed she initially felt hurt when Rosé blocked her on social media but soon understood why the female idol felt she had to do that. Since Rosé accepted her message requests, the fan would be able to message or call Rosé anytime she wanted, and the idol would get the notification. 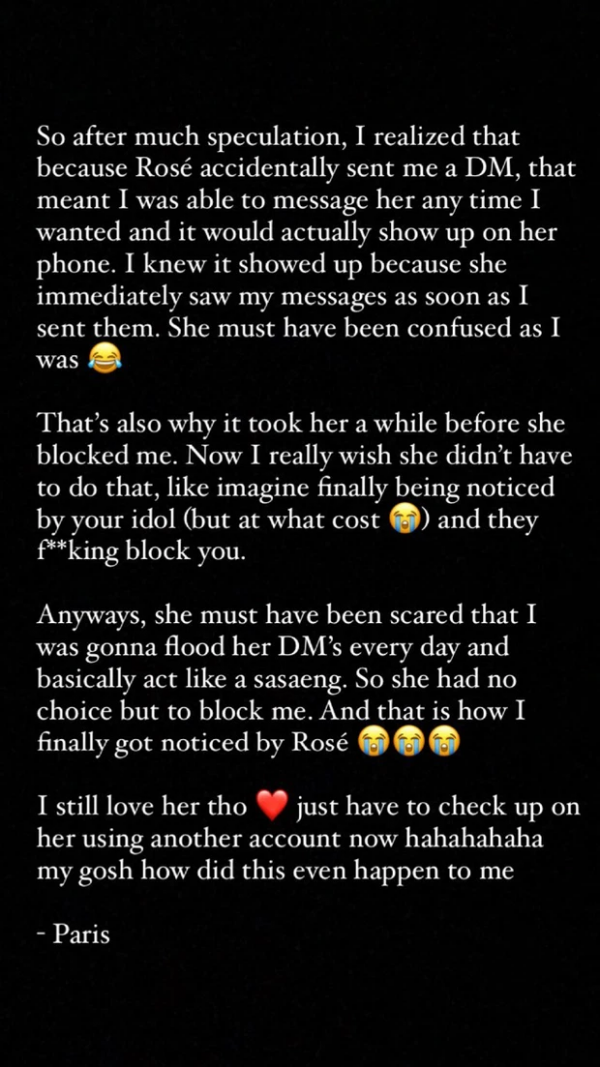 Paris said, "She must have been scared that I was going to flood her DMs every day and basically act like a sasaeng. So she had no choice but to block me."

The BLINK stresses that she does not hold any hatred or grudges against the female idol for her actions. Instead, she is understanding. In an Instagram Story, she said, "I'm glad she blocked me so she can maintain her privacy and safety," She also adds that Rosé does not know her, and she could have been a dangerous person. She said, "There is a reason why the Pinks (BLACKPINK members) do not respond to private messages from fans."