It's not really a negative thing to get turned down by your dream company because certain people benefit a lot from these types of experiences. Trainees can also find an employer that suits them better. Below is the list of the K-pop idols that JYP Entertainment rejected.

He eventually succeeded as a member of BTS and embraced Big Hit Entertainment.

IU is someone who went through several auditions, hoping to get hired by some agency, and JYP Entertainment is just one of those that rejected her.

After being turned down, LOEN Entertainment eventually discovered IU, where she has grown into one of the top solo artists in the K-pop Industry.

JYP Entertainment was one of the firms Hyolyn sought to get approved.

She initially was denied, but ultimately made her way to Starship Entertainment, and became Sistar's leader.

Because of her talents, Hani received some recognition from JYP Entertainment but eventually wasn't approved as a trainee.

She was finally recognized as a trainee for Banana Culture Entertainment, where she started her career as a part of EXID.

Finally, Sungjae worked his way to Cube Entertainment where he made his first appearance as a BTOB member. 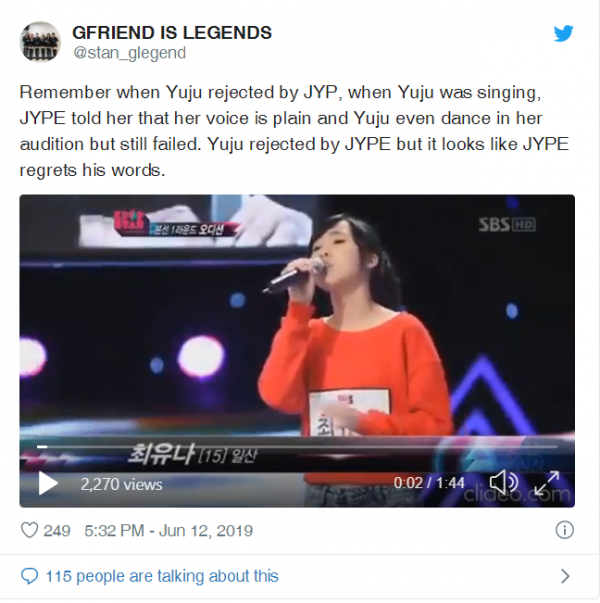 Source Music finally welcomed Yuju, where she began her career as a member of GFRIEND.

DEAN does not qualify as a K-pop star, but JYP Entertainment rejected him too.

It finally worked well, as DEAN is now known as being one of the entire industry's top solo R&B superstars.

Xiumin is another prominent idol that JYP Entertainment has turned down.

It finally worked out, as SM Entertainment finally welcomed Xiumin, where he made his debut as an EXO member.

JYP Entertainment hadn't really denied CL's application, where she also practiced with some of the 2AM members.

In the end, CL opted to audition YG Entertainment. She finally made it, and later she made her debut as a leader of 2NE1.

These Idols fought their way to the top with all their strength and determination. Some struggled financially, some strived with a lack of advice and moral support.

Had they stopped believing in themselves, these rejected stars of JYPE  wouldn't have managed to rise to prominence even after numerous failures and setbacks in their careers.

This is just a good example of why each of us should not give up after being turned down many times. You may not be fit to what others expect you to be, but there's always something greater ahead of your journey.