When K-Pop fans think of orange hair, these thirteen idols are what comes to mind. Do you agree? Which other K-Pop idols rocked orange hair?

G-Dragon's rocked orange hair in 2015 as the boys promoted "Let's Not Fall In Love". He looks like a total softboy with this hair and fans to this day still claim it's one of his best hair colors. 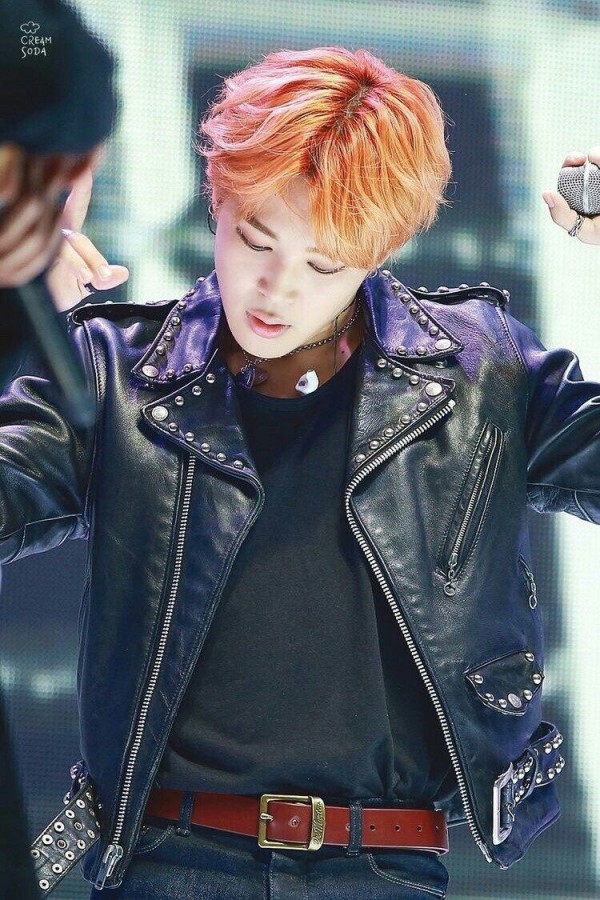 Jimin also had orange hair in 2015 for the group's "RUN" era. People have dubbed the color "ginger orange" and said it allowed him to stand out more on stage. 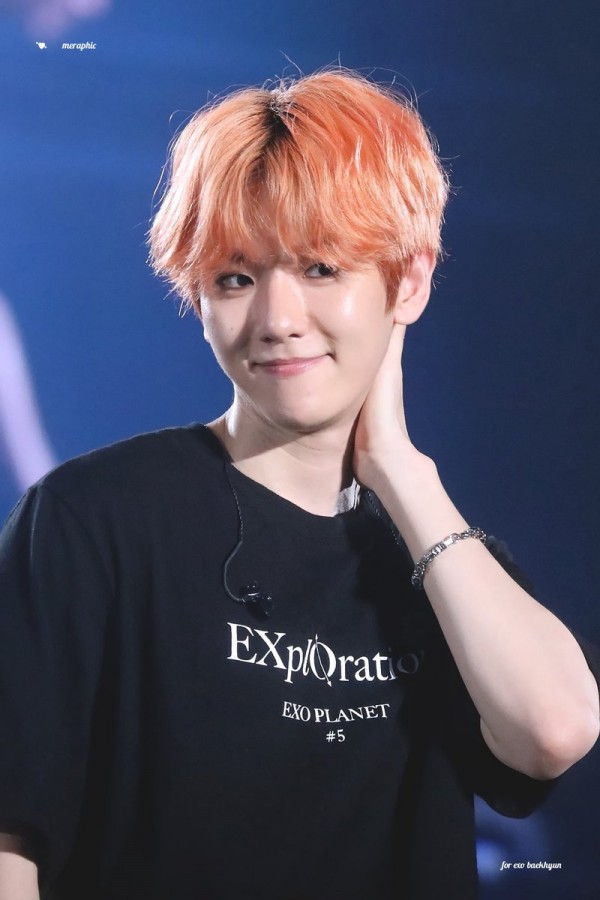 EXO's Baekhyun rocked orange hair in 2019 and was spotted rocking it during their EXplOration concert stages, 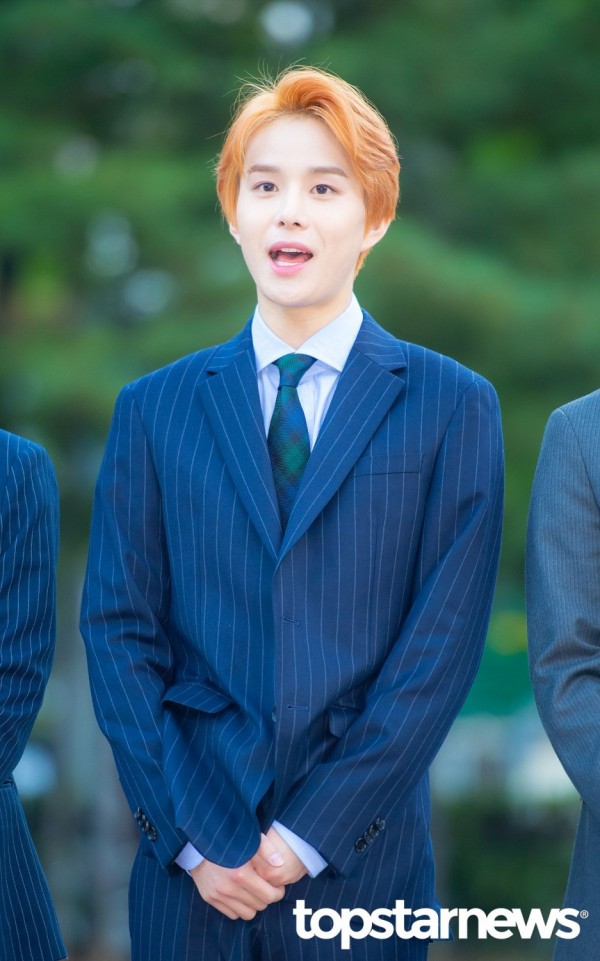 In 2018, NCT's Jungwoo sported orange hair as NCT 127 promoted "Regular". To this day, if you search up Jungwoo's orange hair on Twitter, fans around the world still talk about the iconic look. 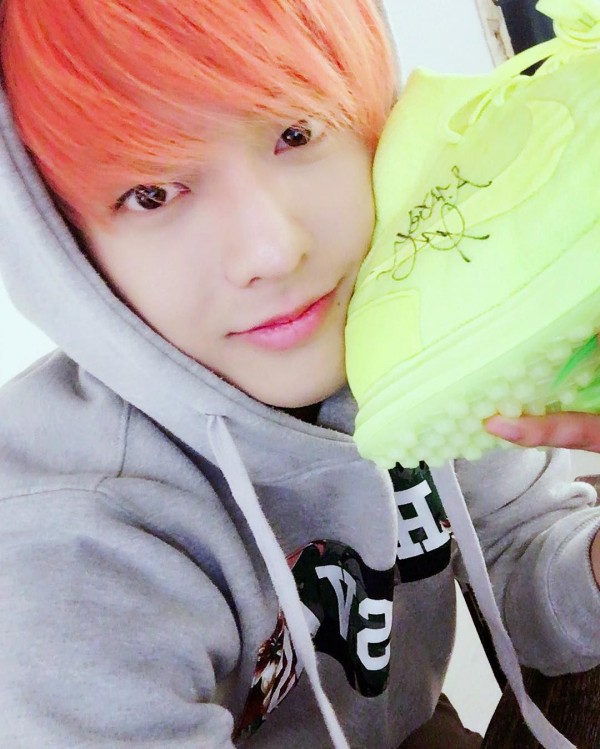 BTOB's Minhyuk sported red hair in 2015 for their "I'll Be Your Man" comeback. It still remains as a crowd-favorite look for the idol. 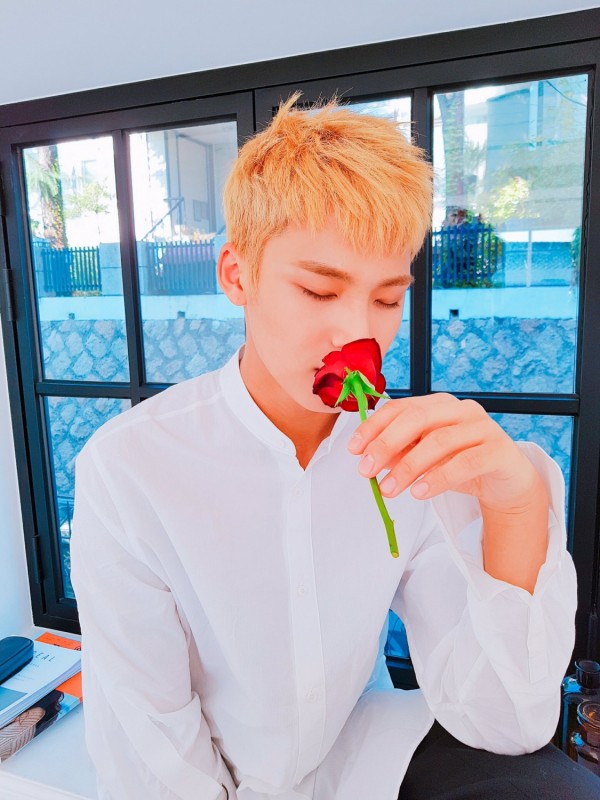 SEVENTEE"s Mingyu rocked orange hair for the hip-hop unit's track and music video "CHECK IN". Though fans were initially shocked to see Mingyu wth such bright hair, it ended up growing on them. 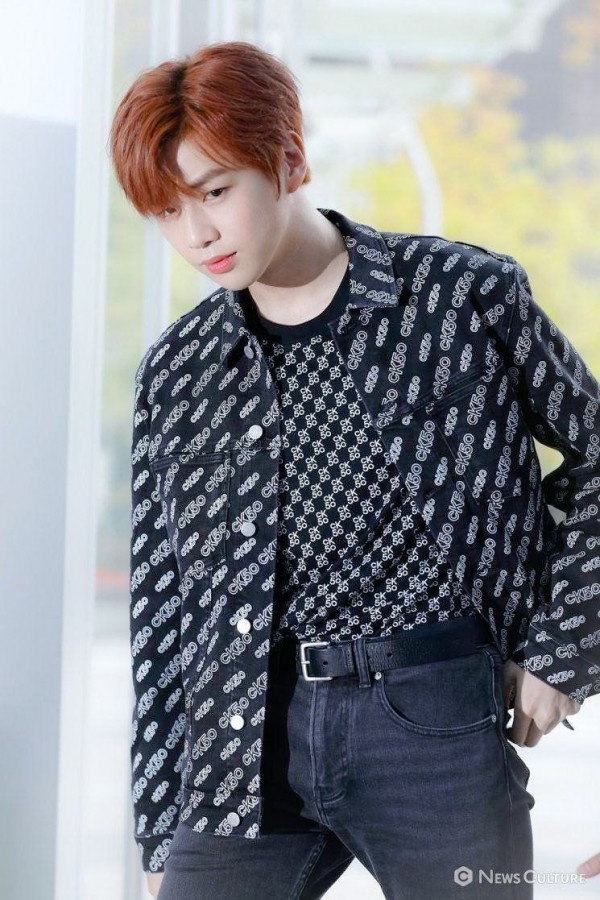 Kang Daniel dyed his hair orange in 2019. Many agreed that the color suited him so much, with some even saying it's better than his iconic pink hair color! 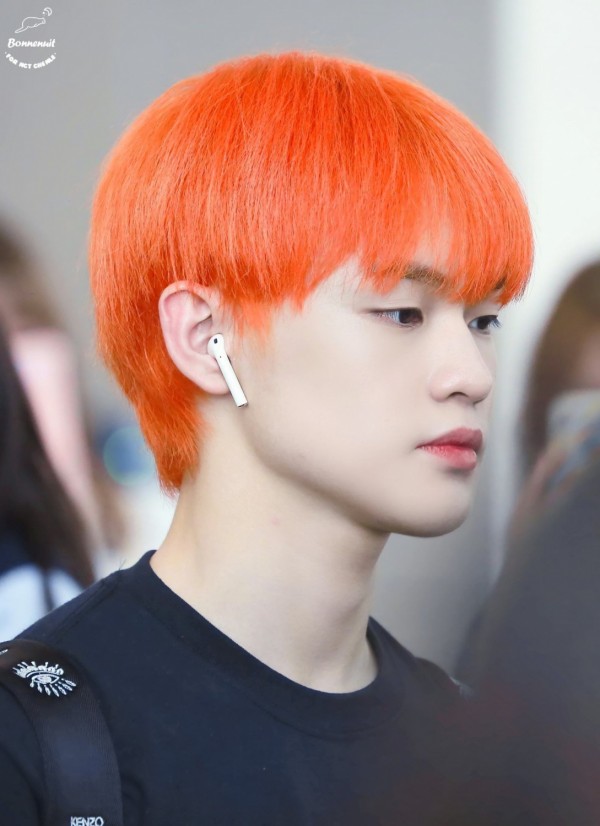 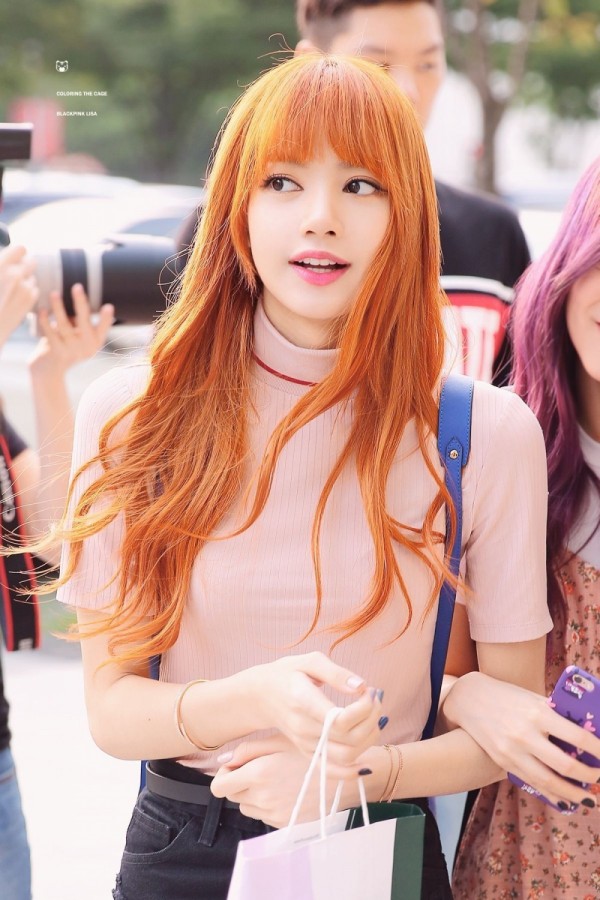 BLACKPINK's Lisa rocked orange hair during the group's "As If It's Your Last" era. As it happened during a time where love for BLACKPINK was still being discovered by people all over the world, the 'do is a crowd favorite. 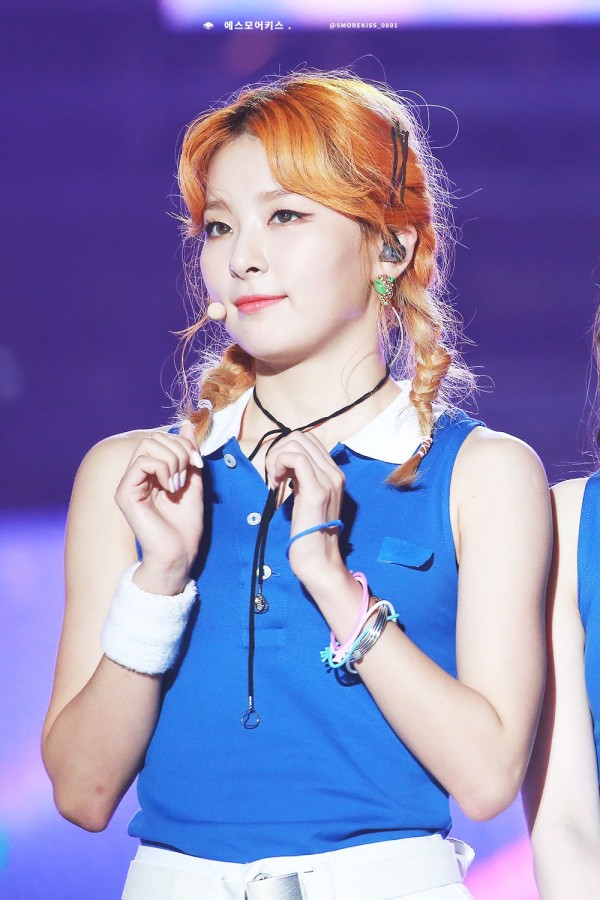 Seulgi dyed his hair orange for Red Velvet's comeback for "Russian Roulette". The hair color complimented her fair skin and made her look positively adorable. 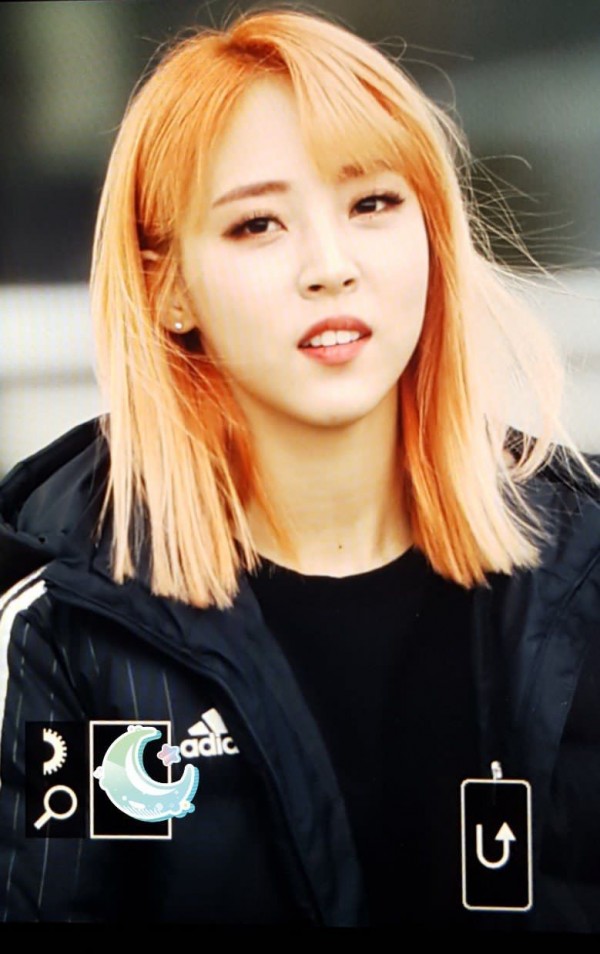 Moonbyul had orange hair as the group promoted "Starry Night". This is also the shortest hair the idol has sported for a comeback, with her hair just reaching her collar bones. 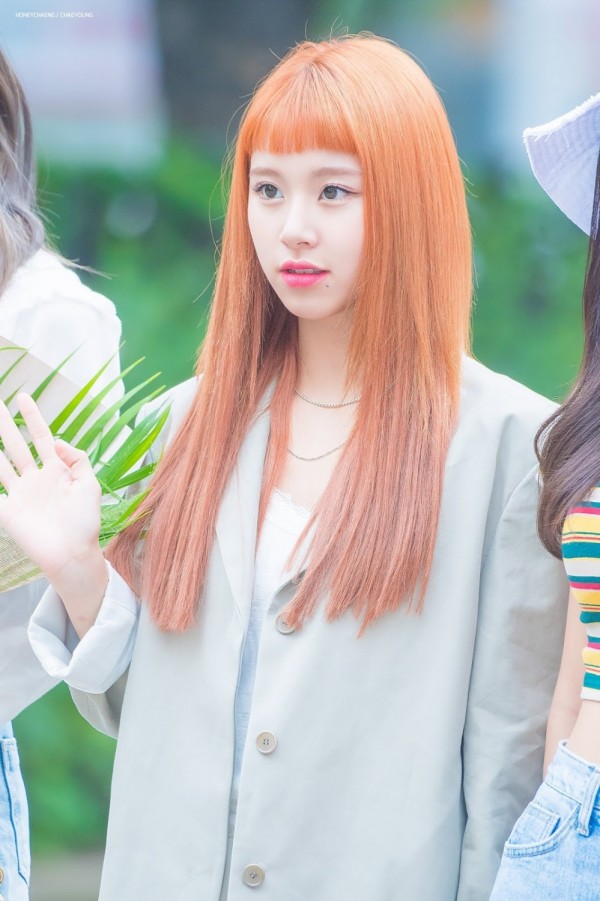 TWICE's Chaeyoung sporrted orange hair for TWICE's "Dance the Night Away" comeback. The color paired with her long hair and bangs made her look adorable on stage. 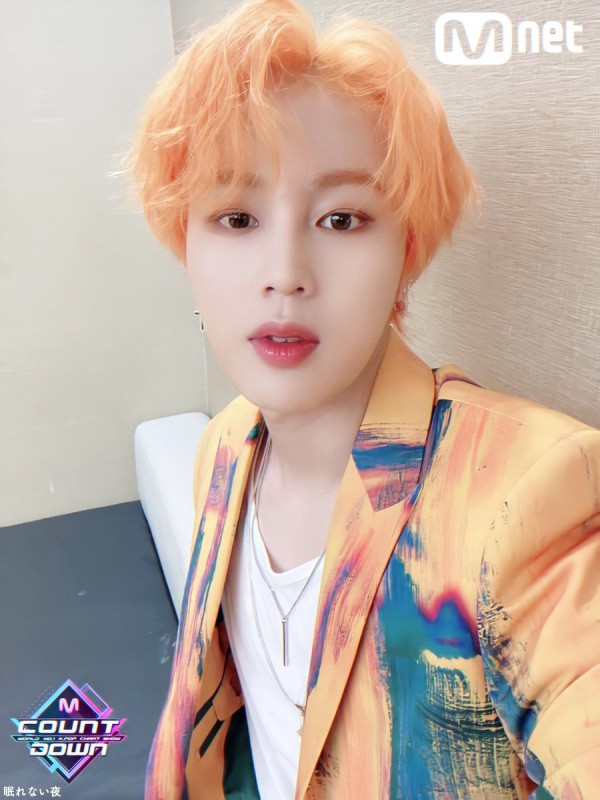