On September 14, Monday, BLINKs noticed a sudden slew of hate comments on social media towards BLACKPINK's visual, Jisoo. To stand up for the idol, fans started trending #YG_ProtectJISOO, urging her company to take action against the malicious comments.

Fans are demanding YG Entertainment to protect their artists, including Jisoo, by filing lawsuits and taking the appropriate legal actions against the commenters.

Some of the hate comments Jisoo received are explicit and sexual. What surprised fans the most was how it was out of the blue. Jisoo had not done anything to warrant the hate comments, and BLACKPINK has not done any promotional activities since "How You Like That". The most they have done is promote "Ice Cream (feat. Selena Gomez)" on their social media accounts and share photos and Instagram stories for their fans.

Here are some of the threats and hate comments Jisoo received. 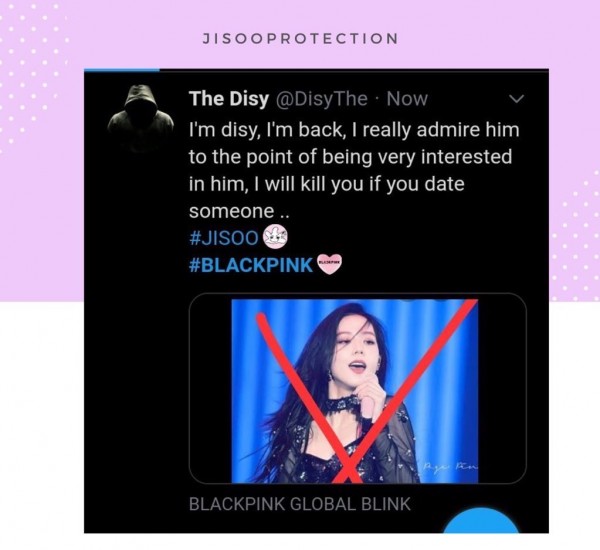 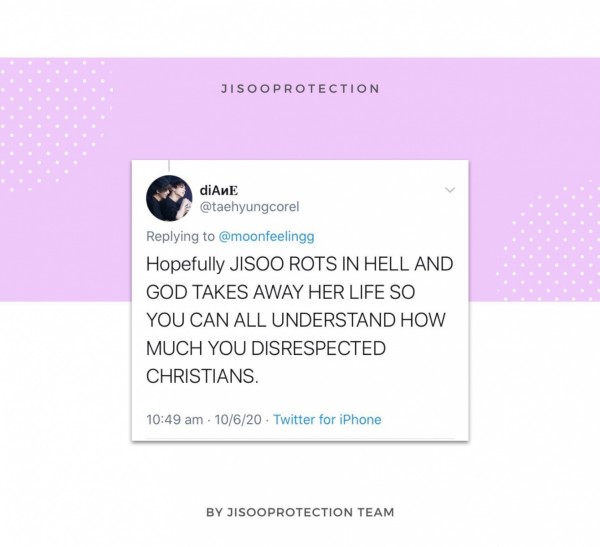 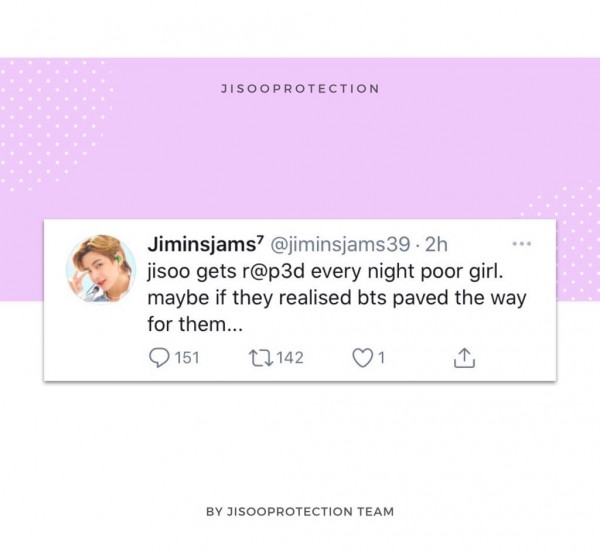 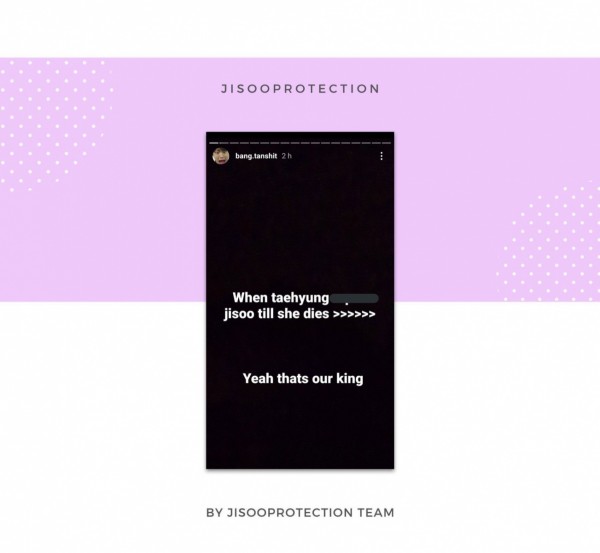 With the #YG_ProtectJISOO hashtag, fans are not only urging YG Entertainment to take action, they are also flooding the tag with mentions of Jisoo's good qualities. They mention how Jisoo is peaceful, has a lot of love for BLINKs, and will do anything for her members. See how fans reacted to the hate comments below: 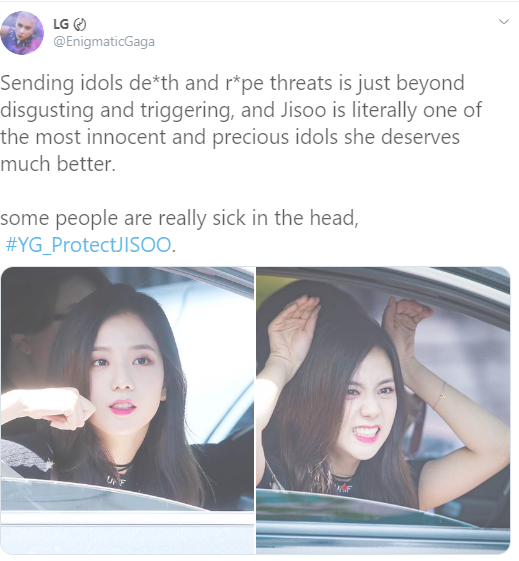 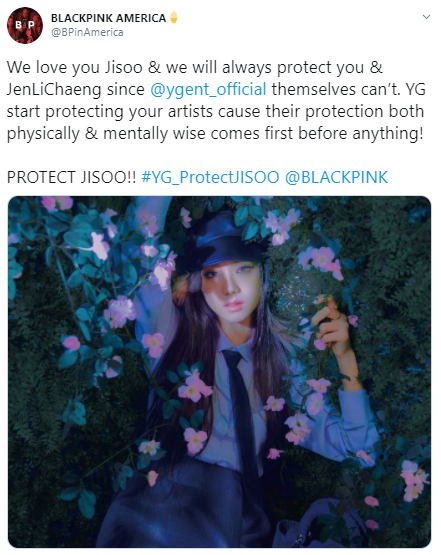 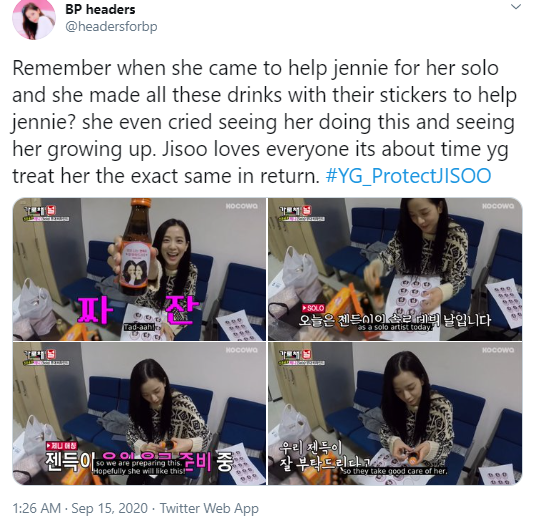 YG Entertainment has not released a statement on the matter. As of now, there are no updates if the company will take action.

Jisoo is a South Korea singer and actress. She first made her debut in 2016 as a member of the YG Entertainment girl group, BLACKPINK. She is the group's oldest member, lead vocalist, and visual. 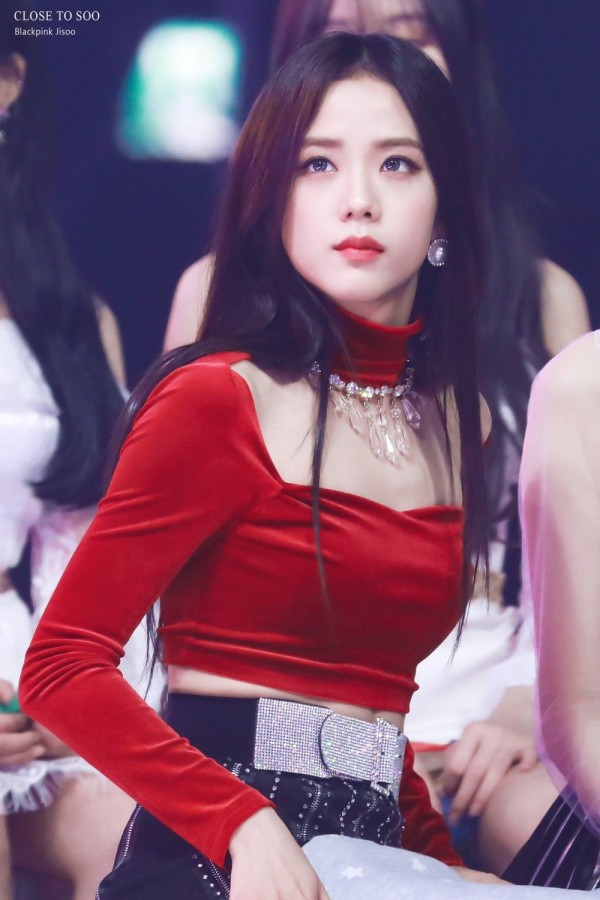 Prior to her debut, Jisoo made a cameo appearance on the KBS2 drama "The Producers" alongside labelmates Sandara Park and WINNER's Kang Seungyoon in 2015. That same year, Jisoo starred in several advertisements including Samsonite, Smart Uniform, LG Electronics, and Nikon.

In 2017, Jisoo took on the role of MC for Inkigayo alongside GOT7's Jinyoung and NCT's Doyoung. In 2018, she made a short cameo appearance in the tvN fantasy drama "Arthdal Chronicles". In 2020, YG Entertainment confirmed Jisoo would have her first lead role in a drama, starring in JTBC's "Snowdrop".

In 2019, Jisoo was ranked the sixth most popular female idol in a survey of soldiers partaking in their mandatory military service. That year, she was also included in BoF 500, a list of people who are shaping the $2.4 trillion fashion industry. Jisoo was also included in "Women's Wear Daily", also known as the "the bible of fashion", in which she ranked 7th place. She was the only Asian celebrity on the list.

In 2020, Jisoo was credited as one of the best influencers for promoting the German sports brand, Adidas. Later that year, Dior was named one of the most popular brands for people in their 20s and 30s thanks to their successful marketing campaigns featuring Jisoo and other -pop idols. The brand saw an increase in sales despite the COVID-19 pandemic in South Korea thanks to Jisoo.