EXID members Hani and Hyelin shared the difficulties they experienced as solo artists in "Miss Back."

MBN's "Miss Back" is a combination of a documentary and variety program, which features a group of female artists who debuted in idol groups but are being forgotten as time passes by. Through this show, the cast will be able to tell their stories, prepare remarkable stages, and hope for another chance at success as singers.

In the most recent episode of MBN's "Miss Back," which aired on Nov. 12 KST, members of EXID gathered together for the very first after a long period. While EXID's Jeonghwa was unable to appear on the show, the rest of EXID members were present, namely Hani, Solji, LE, and Hyelin.

While the girls enjoy their meal together, they talked about their lives following the day they parted ways with their entertainment agency Banana Culture and focused on doing solo promotions. 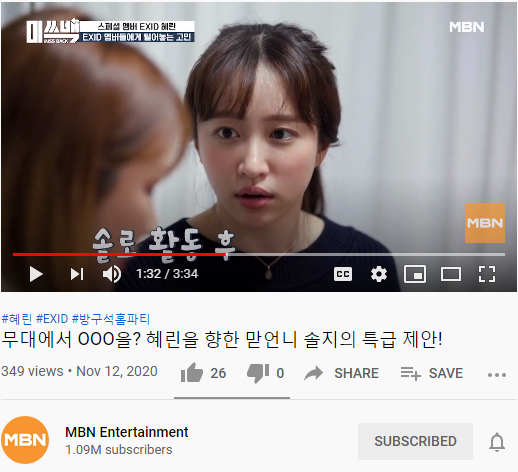 At some point, EXID Hani made a sad confession about her current life, now that she is promoting as solo artist. She said, "While I have been promoting alone, there weren't many times that I can laugh. Of course, I would smile, but there wasn't a time when I could laugh out loud. I don't have anyone to share things with anymore." 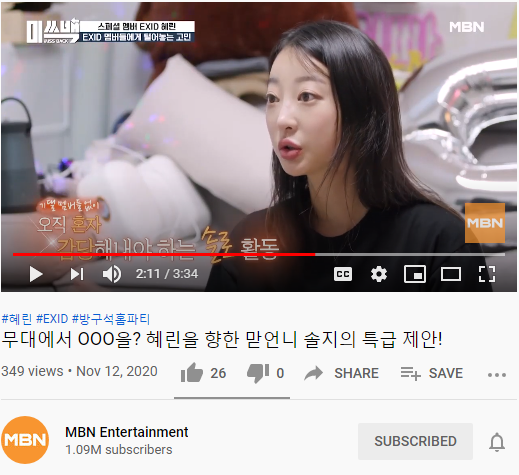 EXID Hyelin agreed with her and also made an honest confession about her solo promotions. She said, "After realizing I have no one to share or be next to me, I fell into a state of panic. And then, I realized that there is no one who would fill my lack of skills when I'm on stage. I'm determined to do this, but it's terrifying to think about standing on the stage alone."

After listening to Hyelin's confession, her members comforted her, and EXID Hani said that she doesn't need to do well on stage, but rather enjoy it. Additionally, EXID's leader and oldest member Solji gave comedic advice saying that Hyelin should have a drink before going on stage, which made everyone burst out laughing.

EXID members then went on talking about the times when they made mistakes while performing on stage. LE and Hani stated as they laughed, "It's okay if things go wrong. I mean, how many times did we ruin our stages?"

Initially named "WT," an acronym for "Who's That," EXID made its debut in February 2012 with the single titled "Whoz That Girl," which is included in the group's digital single album "Hola." The female act originally consisted of eight members, namely Solji, LE, Hani, Hyelin, Jeonghwa, Dami, Yuji, and Haeryung. 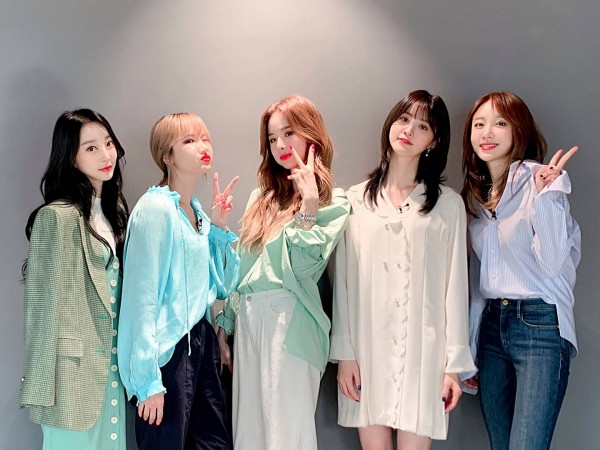 Just two months after their debut, EXID's Yuji and Dami left the group to focus on their studies, while Haeryung withdrew from the band to pursue an acting career.

In 2019, EXID Hani and Jeonghwa departed from Banana Culture, and this year Hyelin, Solji, and LE also parted ways with their management agency. While the members have signed with different companies and promoted as solo artists, the group has not disbanded.

EXID's most recent release is its Japanese album "B.L.E.S.S.E.D," which was launched on Aug. 19 of this year.