Sunmi posted a dejected message to fans on an Instagram story after appearing on JTBC's "Sing Again" as a judge. Keep on reading to learn more about the situation

Soloist Sunmi recently joined the panel of judges on the new JTBC show "Sing Again." The show provides an avenue for already debuted singer and gives them a second chance to chase their dreams.

Sunmi was selected as a judge due to her time in the industry. The soloist has been in the industry for nearly fourteen years! She initially debuted with the JYP Entertainment group Wonder Girls in 2007. In 2013, she debuted as a soloist after a three-year hiatus to pursue an academic career. After briefly leaving Wonder Girls in 2010, she rejoined the group in 2015 and actively promoted with them until their disbandment in 2017.

After subsequently leaving JYP Entertainment, Sunmi has fully pursued a solo career and has successfully established herself as a singer. Some of her notable songs include "Gashina," "Heroine," "Siren," "Noir," and "LALALAY."

Despite how long Sunmi has been active in the industry, many people still slammed her addition to the show as a judge. Many people had sent her hate messages, in which they claim that she is a less talented judge and singer compared to the people competing on the show. 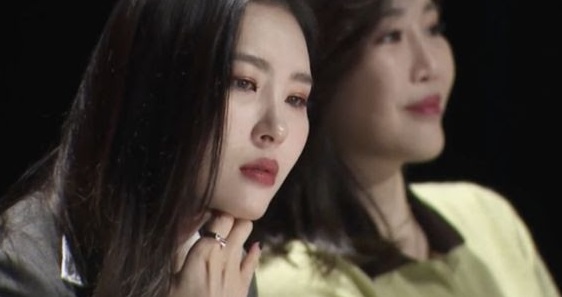 It appears Sunmi has seen the hate messages. On Dec. 3, the soloist shared a dejected and disheartened message to her Instagram Story. In the Story, Sunmi reveals that she often wonders what right she had to judge the contestants on the show and is very cautious when filming. She stresses that she knows that every person walks their own path in life and that is she is simply expressing the feelings she feels when she hears the contestants sing. She ends her post by promising to do better. 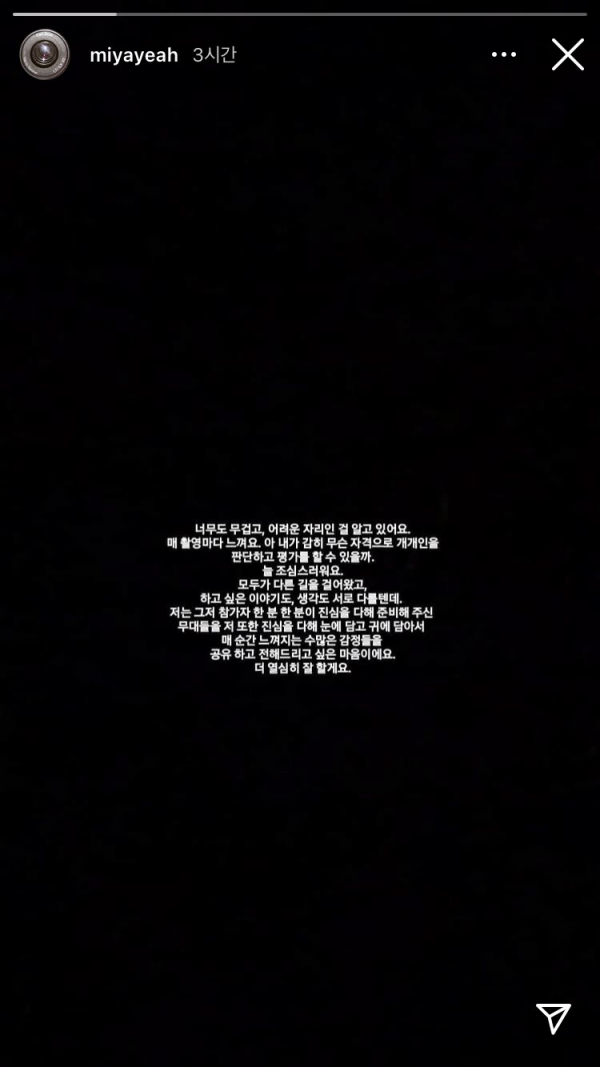 "I am aware that is a very difficult and burdening position to be in. I really feel it every time we are filming. I often wonder what right I have to judge every single contestant on the show. I am very cautious about it. Everyone walks a different path, and they all have different things they wish to express and think. For me, I simply try my best to watch and listen to each and every performance that the contestants prepared with sincerity and share the numerous feelings I feel. I promise to do better and work harder."

"Sing Again" is a JTBC program produced by the same people who created the "Sugarman" series. The show aims to give singers and stars who never got to achieve stardom during their active days another shot at fame on the stage. The show's contestants include soloists and idols who never achieved fame as well as stars who were once famous that are now long forgotten. 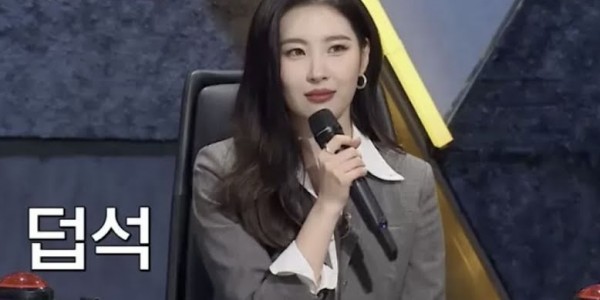 Back in Feb., Sunmi released the single "Gotta Go" for the web series "XX." She released a dance performance for the video two days later. In June, Sunmi made her much-anticipated comeback with "Pporappippam." In August, she released a duet with J.Y. Park titled "When We Disco."