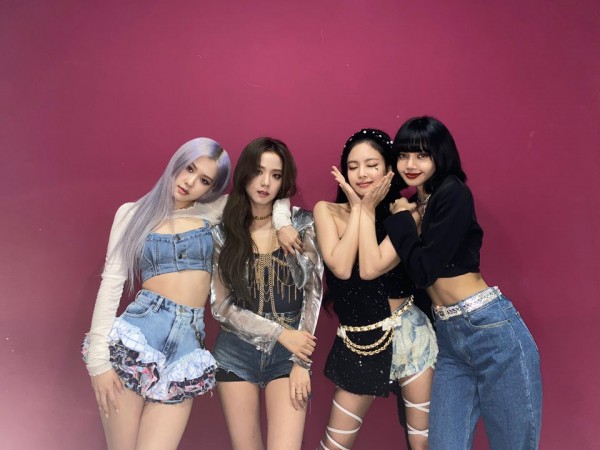 BLACKPINK's livestream concert "YG Palm Stage - 2020 BLACKPINK: The Show" has been moved to a later date.

Earlier this December, BLACKPINK's livestream concert 'THE SHOW' was officially confirmed when the main poster of the event was posted. The girl group will be the first candidate for YG's newly-launched digital concert format and platform called "Palm Stage," which came from the idea that the audience can watch a certain concert in the "palm" of their hands.

"THE SHOW" trailer and the guide video for joining YouTube channel membership has been shared on Dec. 3. BLACKPINK's concert is set to take place on Dec. 27 at 2 p.m. KST and it is only more than a week to go before the big event happens. However, YG Entertainment has recently shared saddening news.

According to YG Entertainment on Dec. 17, the local government of the place where BLACKPINK was supposed to hold their livestream concert has recently announced an executive order of raising the level of social distancing to prevent the spread of the current COVID-19 infection. The government has banned meetings and events from Dec. 11 to Dec. 28.

Unfortunately, YG Entertainment was planning to broadcast BLACKPINK's livestream concert "THE SHOW" on Dec. 27 in partnership with YouTube. Hence, because of the stronger quarantine rule, the event will not be taking place as scheduled. YG asked for fans' understanding and said that they will prepare harder so that the girl group will give a better performance.

BLACKPINK's Jisoo, Jennie, Rose, and Lisa also expressed their regrets about the postponed event through a video. Jisoo said, "We can't wait to meet our BLINKs as soon as possible, but in order to comply with the Korean COVID-19 prevention guidelines and to ensure a safe performance, unfortunately, we have made the decision to postpone 'THE SHOW' from Dec. 27 to Jan. 31 of next year."

Lisa then stated, "Through our concert, we wanted to give some sort of comfort during these difficult times." Rose added, "But the most important thing is the health and safety of everyone taking part in 'THE SHOW,' so in order to make sure that we prepare for the concert in a safe environment, we have decided to postpone 'THE SHOW'."

‘THE SHOW’ POSTPONEMENT ANNOUNCEMENT#BLACKPINK: THE SHOW now has a NEW DATE

A new poster of BLACKPINK's livestream concert "THE SHOW" has been uploaded on the girl group's official social media accounts, signifying a new countdown for the event. Meanwhile, the second trailer for "THE SHOW" has been revealed. The clip runs for about 40 seconds and it started with the earth having a pink crown over it, while the songs "How You Like That" and "Ice Cream" play as music backgrounds.

‘THE SHOW’ POSTER #2#BLACKPINK: THE SHOW now has a NEW DATE

The next scenes showed some parts of BLACKPINK's concerts they held in different cities around the world last year. The video also showed the phrases, "BLACKPINK: THE SHOW," "January 31, 2PM (KST)," "Livestream Concert by BLACKPINK," "Enjoy the concert vibe in your 'own' area," and "Join from around the world." These were displayed while the chorus part of BLACKPINK's "Lovesick Girls" is playing.

Take note of the new date of BLACKPINK's livestream concert "THE SHOW" - it will be held on Jan. 31 at 2 p.m. KST.