Golden Child will publish their exclusive webtoon series, which will follow the music video's storyline for their upcoming comeback song!

On Jan. 22, Woollim Entertainment took to the group's official SNS accounts to upload a "webtoon" poster along with the announcement of Golden Child starring in their exclusive webtoon series. The post will contain the full story of their "Burn It" music video. "Burn It" is the boy band's new song that is scheduled to be out on Monday, Jan. 25.

In the "webtoon" poster, Golden Child members were designed in an anime-like appearance and dramatic imagery, including the part wherein a certain member is holding a gun and pointing it toward his head. In relation to this, the boys gained attention for their first MV teaser (A version) that hints at an emotional, action-packed storyline, heightening fans' curiosity as to what the group's new song is all about.

Ahead of the official release of Golden Child's "Burn It" and its music video, fans will be able to dive deep into the story of the song a little earlier through an exclusive webtoon series. It is said that it will likely have multiple chapters to illustrate a more comprehensive version of the story and message behind Golden Child's new song, "Burn It."

In addition to this, the episodes are set to be issued today, Jan. 23 at 10 p.m. KST via the Lezhin Comics app. Founded by South Korean bloggers Han Hee Sung in 2013, Lezhin Comics has been among South Korea's biggest webtoon publishers since 2014. Its app offers Korean, Japanese, and English languages, although it was not stated what language will be used for Golden Child's webtoon series.

Meanwhile, Golden Child's "Burn It" will serve as the group's comeback song and the title track for the group's new mini-album titled "YES." It is described to be a single that expresses what it feels like to watch a loved one in pain and has been wanting to "burn" his suffering away. The mini-album will mark the group's first comeback in three months since their second single album "Pump It Up" in October 2020.

Moreover, "YES" will be Golden Child's first release since member Jaehyun tested positive for COVID-19 in mid-December of 2020. Luckily other members of the boy group tested negative, as well as the staff. At the end of that month, Woollim Entertainment announced that the male idol has received a negative result for the virus after his 14-day self-quarantine and will be resuming his activities. 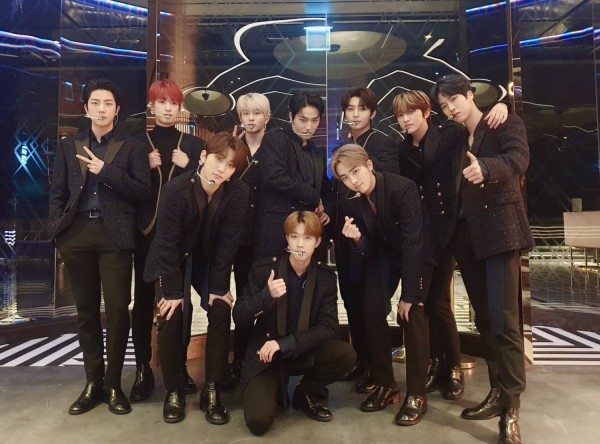 Golden Child is a ten-piece boy band that made its debut back in August 2017 with an extended play titled "Gol-Cha!" Initially consists of 11 members, former member Jaeseok parted ways with the group and Woollim Entertainment in early 2018 due to his health problems. Golden Child is the first boy group of the said agency in seven years since INFINITE's debut in 2010.