NCSoft and Klap released the third entry in its UNIVERSE Music - original and all new songs released under the platform - and is now available on streaming sites such as Melon, Genie, and Bugs on March 4, 6 PM KST. Additionally, the music video for "Call U Up" will be making its debut exclusively on the UNIVERSE app. 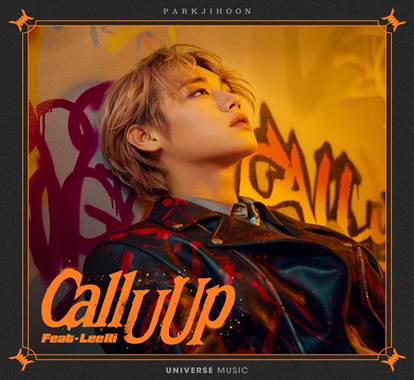 The song, running for almost four minutes, is a smooth track which is surprising since it was produced by Korean hitmaker Primary, known for upbeat or funky bangers - although his versatility has been well-established. As a more reserved song with R&B elements, Park Ji Hoon and Lee Hi surprisingly harmonizes well like two conversing partners on top of the homely rhythms and instrumentals.

As for its lyrics, Park Ji Hoon and Lee Hi hint at small details of getting caught in unexpected love. "The sweetness that I fall for unexpectedly/ In this feeling for you that's becoming clearer/ We don't have a name to call our relationship yet/ You can call me love in tonight," Ji Hoon opens.

"Call U Up," which features Lee Hi and is produced by Primary, is the third track under the UNIVERSE Music banner. It follows IZ*ONE and "D-D-Dance" released in January, and Rain and Sumi Jo's "Guardian" last February.

ALSO READ: UNIVERSE Music, Park Ji Hoon Return with a Performance Teaser for 'Call U Up'

Lee Hi, the South Korean singer-songwriter who first made waves as a runner-up on the SBS musical competition show "K-Pop Star Season 1" back in 2011. A year later, she made her debut with the single "1, 2, 3, 4," topping the digital singles charts in South Korea. In 2013, she then released her first full-length album "First Love," which was released in two parts: the first on March 7, 2013 and the second on March 28, 2013.

While she was a long-time talent under YG Entertainment, Jay Park's AOMG label announced that Lee Hi signed with them on July 2020, signing an exclusive contract.

Born Choi Dong-hoon, the hitmaker producer known as Primary first made his debut under the hip-hop collective and independent label Amoeba Culture before establishing his own label. Primary founded the PAKTORY Company label last April 2020. He has worked with hip-hop pair Dynamic Duo, Gario, Jay Park, and a number of different artists in the South Korean music industry.