As a part of its promotional activities, CRAVITY performed "Bad Habits" at various Korean music show programs, delivering a healthy dose of awesome for their fans everywhere. 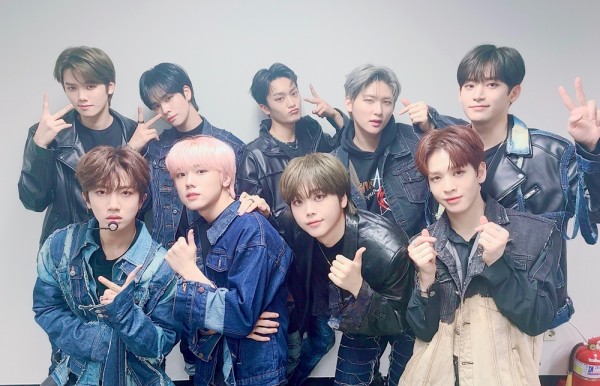 The B-side track for their latest album, "Season 3. Hideout: Be Our Voice" released last January, is now the focus of their television appearances. Speaking about their courage and passion and forging their own path, it illustrates the group's journey as previously told in their two previous albums "Season 1. Hideout: Remember Who We Are" and "Season 2. Hideout: "The New Day We Step Into."

First was their March 12 appearance on SBS Music Bank, where the boys wore the same outfit as in their performance video. With their first music show for the week featuring smoke rolling on the floor, a visually engaging digital background featuring barbed wires and mesh screens - the Music Bank performance of "Bad Habits" further highlights the CRAVITY members' respective visuals and harmony in executing the dance sequence.

The following day, March 13, the Starship Entertainment boy group appeared on the MBC Show Music Core. The second music show performance - with the same intense and synchronized dancing from its members - was given a refreshing overhaul thanks to the change in visuals. CRAVITY members were dressed in black shirts and pants with a red jacket, which works well with the warehouse-themed background and the fire shooting from around the stage.

The last for their current music show run of "Bad Habits" occurred at the SBS Inkigayo, March 14. This time, CRAVITY appeared in a more casual urban style, rocking leather and denim jackets. With brightly-colored backgrounds, the Inkigayo performance gives an otherworldly feel, ending with a clean focus on the members - giving LUVITY the opportunity to appreciate their impressive visuals.

RELATED ARTICLE: [WATCH] RADIO.COM Checks in With CRAVITY on Their New Songs, Challenges, and More