The girls of T-ARA - Jiyeon, Qri, Eunjung, and Hyomin - recently appeared on an episode of tvN's "On & Off." There, the girls discussed how they used to go on dates despite the rules implemented on them. Keep on reading to learn how they were able to date!

T-ARA Talks How They Used to Hide Phones from Managers

On the Mar. 23 episode of the tvN show "On & Off," the girls of T-ARA are seen having a pajama party in member Jiyeon's new home. As they eat delivery food together, the girls reminisce about their time together as an active girl group.

"Do you guys remember? We were not allowed to use phones, but we would go out and rent a phone after our phones were taken away by the staff," Hyomin revealed. 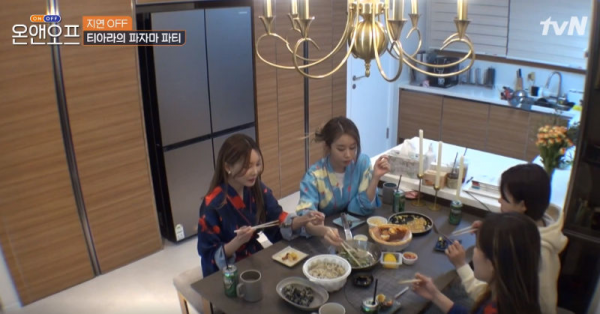 Qri responded to her, saying, "Oh yeah! I got caught using a rented phone after a staff member found it in my drawer."

This caused Jiyeon to laugh and revealed that she, too, was caught with a cellphone, despite hiding it in such a secretive place!

She narrated, "I used to hide it in my underwear, but I still got caught doing that. It was really hard to hide a rented phone when we had female managers. They used to check everywhere, even in my body, to find it. They were so strict."

It was member Eunjung who mentioned how the girls would sneak out to date, despite the rules implemented on them.

They said, "We used to have each other's backs, remember? When one of us had to sneak out, the others lied to the staff, saying the member was super tired and fell asleep." 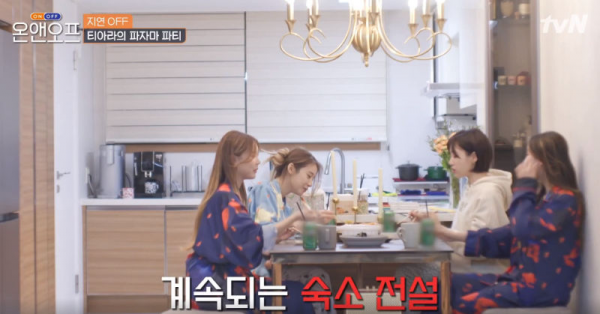 Jiyeon added to that, saying, "We hid our wigs on our beds and pillow and under the duvet to make it seem like we were tucked into sleep."

"All of us found ways to go on dates despite the strict rules," Hyomin confessed. "Honestly, we actually dated a lot." 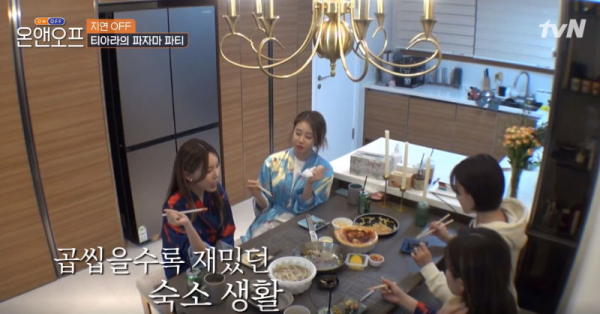 Jiyeon agreed, saying, "Yeah, but we usually went on dates near our dorm. That way, we could return home quickly just in case there was any problem."

On Oct. 2, 2020, T-ARA reunited for a single reunion performs to celebrate Chuseok, performing alongside U-KISS, Narsha, Teen Top, and SS501. The group performed their hit songs "Roly-Poly" and "Sexy Love." 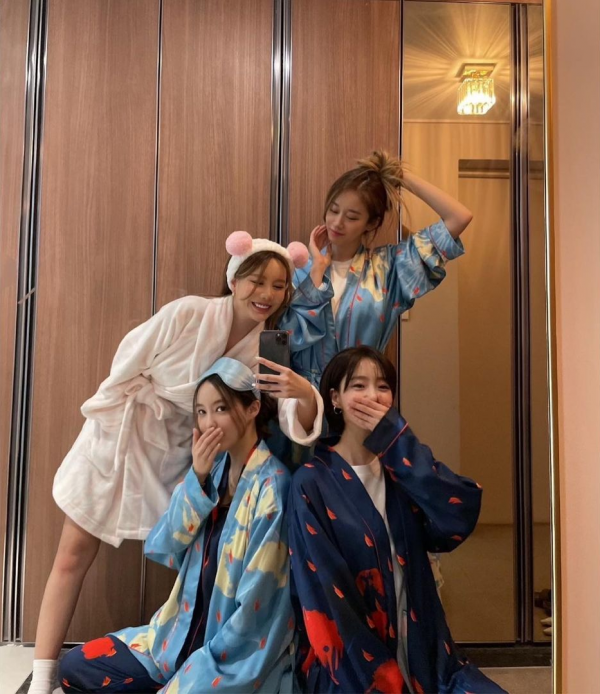 On Aug. 8, 2019, MBK Entertainment's trademarks for the T-ARA name were denied by the Trademark Act.