2PM's comeback will be happening soon! This will be the boy group's first one in five years.

On April 20, reports say that 2PM is gearing up for their return. The group's management agency, JYP Entertainment, has since responded to the news.

Reports about 2PM's comeback started early this year. On Jan. 14, JYP Entertainment shared that members Nichkhun, Junho, Taecyeon, Wooyoung, Jun.K, and Chansung, who have been inactive in the music industry due to their mandatory military service, have all agreed to return to the K-pop scene. Additionally, the group's comeback is said to be carried out after Junho gets discharged from the military.

On April 20, industry representatives stated that the band is making preparations for a summer comeback. They will be releasing a new album consisting of songs the members wrote along with the company's producers.

Shortly after, JYP Entertainment commented that 2PM is currently working on a new album. They added that they will be announcing the exact date of the band's comeback once settled.

As of March, all Korean members of 2PM have accomplished their mandatory military service. Junho, the last member to enlist, was discharged from the military on March 20.

The upcoming comeback will be the band's first in five years since their sixth studio album "GENTLEMEN'S GAME" in September 2016. Although the group was inactive in the past months, their song, particularly "My House," suddenly rose to fame after five years since its release in June 2015.

When the 2PM members were completing their military service, JYP Entertainment and Epic Records Japan issued two compilation albums. The first one, "2PM Best in Korea 2 ~2012-2017~," came out in September 2019 and it comprises 15 tracks that were released initially released in Korea.

The second one, "The Best of 2PM in Japan 2011-2016," was released in March last year, and it is composed of a total of 38 songs that were previously launched in Japan.

While they were not promoting as a group in the past years, some of the 2PM members were busy completing their solo activities. Last year and in the previous months, the members focused on either their music or acting career.

YOU MIGHT ALSO LIKE: 2PM, SHINee, & More: Which Second-Gen K-pop Artists' Comebacks Do You Anticipate the Most This 2021?

In 2020, 2PM's visual Nichkhun held solo concerts and even starred in the Thai drama "My Bubble Tea," and played a role in the season three of "Big Hero 6: The Series."

2PM's second visual, Taecyeon, also had acting projects last year, such as the drama "The Game: Towards Zero" and the film "Marriage Blue." At present, he is starring the tvN drama "Vincenzo." 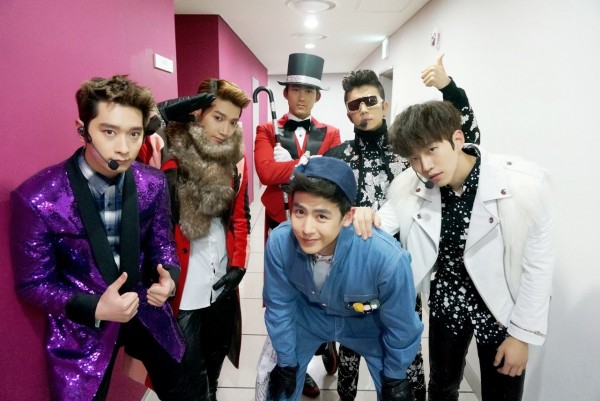 Jun.K, 2PM's main vocalist, made a solo comeback in early December last year. He released his third mini-album titled "20 Minutes," with the song "30 Minutes Might Be Too Long" serving as the title track. This past March, his fifth Japanese album "This Is Not a Song" came out.

As for Chansung, he appeared in the Netflix series "My Holo Love" last year. He also made a cameo appearance on episode 12 of "Vincenzo." Moreover, he has been chosen as one of the cast members of the upcoming television series, "So I Married an Anti-fan."