According to the Green Umbrella Children's Foundation, BTS's J-Hope donated to the children in Tanzania, Africa.

On May 4 KST, a representative of the Green Umbrella Children's Foundation, an organization known for their projects and child advocacies, announced that BTS member J-Hope has donated 100 million won (approximately $89k) to help the children in Tanzania, Africa, who are exposed to violence, ahead of Children's Day that is celebrated in South Korea on May 5.

IN CASE YOU MISSED IT: BTS J-Hope Selected As the Idol People Want Invited to University Festivals + See Full List 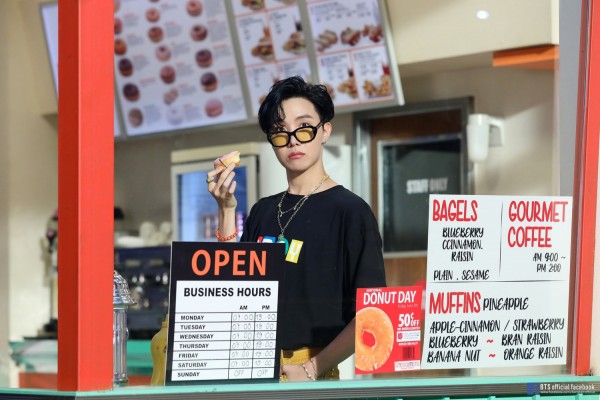 This donation will be used to support "One Stop Centre," an organization that was established to support children's violence prevention projects in Tanzania, Africa. The organization, which was established by the Green Umbrella Children's Foundation, is to systematically process victims of violence's reports, treatments, legal and counseling supports, and evidence collection in one place.

In addition, J-Hope became a member of the Green Umbrella Children's Foundation's "Green Noble Club," a donor society which includes a group of major donors who donated more than 100 million won, back in 2018.

IN CASE YOU MISSED IT: BTS Jungkook Reveals ARMY Is What Makes BTS Different From Other Groups

According to J-Hope, many people around the world are suffering from COVID-19. He hopes that with his donation, it will be passed on to children both domestic and overseas whose situations are being overlooked or not given attention.

The Green Umbrella Children's Foundation's chairman, Lee Je Hoon said, "With the continued support of J-Hope, who is a member of the global superstars BTS, his interest in children who are suffering from economic difficulties is inspiring. We will do our best in all directions for the many children who are in need of support."

IN CASE YOU MISSED IT: BTS, BLACKPINK, and SEVENTEEN Receive Nominations at the 2021 Billboard Music Awards

BTS & Justin Bieber Reportedly Working On a New Song Together

In other news, according to media outlet, Page Six, BTS and Justin Bieber are working on a new song together. The media outlet's insider revealed that both superstar singers are taking their time in making the music to make sure that it is released right.

In addition, there are speculations that this collaboration song would be released under Justin Bieber's deluxe release of his recently released album, "Justice," to keep the album on charts.

The artists or HYBE have yet to comment on this speculation.