On April 30, TXT's "The Chaos Chapter: FREEZE" began its pre-order. In just less than a month, the quintet's comeback album achieved the highest pre-order record among idol groups in the fourth generation of K-pop.

On May 22, album distributor YG PLUS announced that the second full-length album by TOMORROW X TOGETHER has surpassed 670,000 as of May 21.

Previously, it was revealed that TXT's comeback album reached more than 520,000 pre-orders in only six days, this amount was already their highest record, beating the pre-order record of 300,000 set by their third mini-album "minisode1: Blue Hour" in October last year.

On top of this, Soobin, Yeonjun, Beomgyu, Taehyun, and Huening Kai have obtained the highest pre-orders among fourth-generation idol groups to date. 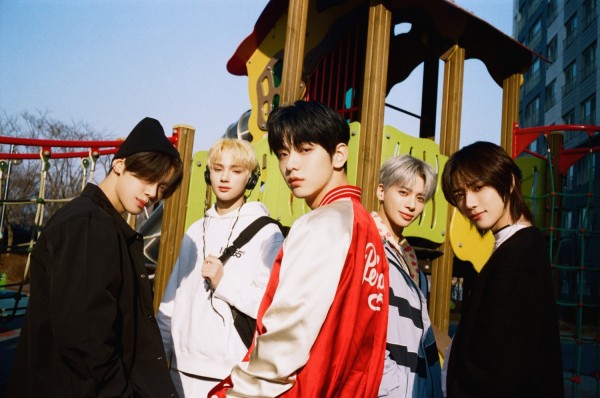 Reports say that it is highly likely that the number of pre-orders for TXT's "The Chaos Chapter: FREEZE" will increase further as there is still more than a week left until the official release date, May 31.

Moreover, it is expected that the comeback album by TOMORROW X TOGETHER will reach 150,000 pre-orders more in the next 15 days. This seems to be due to the fact that the content prior to the album release, such as the concept photos and concept trailers, quickly captured the attention and interest of fans worldwide.

Previously, Big Hit Music released a concept trailer and concept photos for TXT's "The Chaos Chapter: FREEZE" in three versions: "WORLD," "BOY," and "YOU," raising expectations on their upcoming comeback.

In particular, after Big Hit Music dropped the concept photos of the "WORLD" version, the hashtag "TXT_FREEZE" rose to the real-time trend on Twitter around the world, showing the explosive reaction of global fans.

TXT's comeback album "The Chaos Chapter: FREEZE" will be released on May 31 at 6 p.m. KST, along with the music video for the title track.

In the meantime, check out the concept trailer for the upcoming album by TOMORROW X TOGETHER below!

TXT to Sing OST Part. 2 for the tvN Drama "Doom at Your Service"

In other news, TXT was recently announced to be one of the artists who will sing an original soundtrack for the tvN drama "Doom at Your Service," together with EXO Baekhyun, Ailee, Gummy, and Davichi.

Taehyun, Soobin, Huening Kai, Yeonjun, and Beomgyu will sing the OST Part.2 titled "Love Sight." The song will be released on May 24 at 6 p.m. KST. 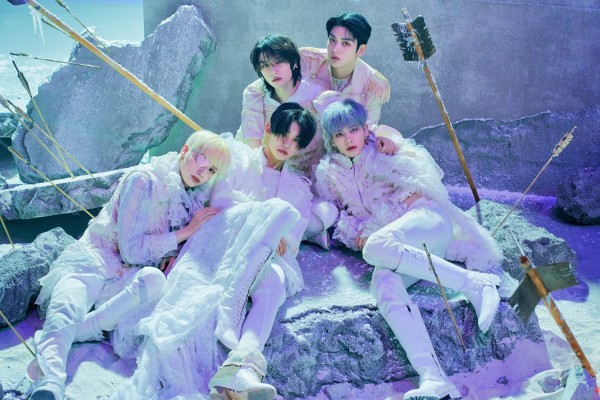 This will be the second time TXT will launch an OST for a drama. In November last year, the boy group dropped a track titled "Your Light" for the JTBC teen drama "Live On."

Overall, the "Doom at Your Service" OST will be the quintet's fourth OST for a television show, following "Everlasting Shine" for Japanese TV series "Black Clover" and "Force" for another Japanese manga series "World Trigger."