Fashion Queen Lisa is back! The BLACKPINK member, also Bvlgari global ambassador, showed off her visuals and "ant waist" in her latest shoot for the brand's "Magnifica" campaign.

The prelude to the 2021 campaign, which involves Bvlgari global ambassador Lisa, left fans in awe. Over the latest photos released, BLINKs couldn't help but be in awe of Lisa's beauty and incredible body proportion!

In the campaign, Bvlgari pursues ultimate beauty with bold dreams in a special world that transcends time and space. "Just as dreams lead us anywhere and have the power to make life fascinating," the high-end brand freely imagine with a message to make bold, distant, and big dreams fun, and portray all visions possible.

Fashion icon Lisa participated in the campaign, and instantly sparked immense attention. Leaving behind the backdrop of the dynamics and energy of the "Eternal City" Rome, the female star reinterpreted the Italian brand jewelry in her own way, perfectly showing the boldness and splendor that Bvlgari aims for. 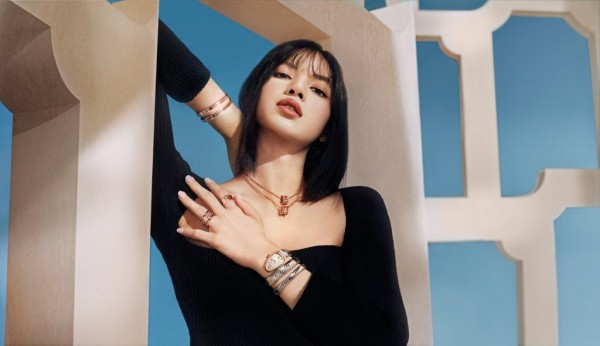 ALSO READ: These 10 Female Idols are Known for Their Small Faces

The BLACKPINK main dancer also showed off her "ant waist." With her outstanding image and potential to influence the brand's target consumer, Lisa becomes the first K-pop star to be selected as the global ambassador of Bvlgari.

Aside from the BLACKPINK member, Lisa will also work along with other four campaign ambassadors including Hollywood star Zendaya, Italy's top model Vittoria Ceretti and supermodel Lily Aldridge. The value and vision of the brand conveyed by four women with independent attitudes and unique visions can be met through various channels.

On this day, the official campaign video was also released.

Check out Bvlgari's "MAGNIFICA" Teaser below!

Meanwhile, BLACKPINK recently declared the onset of their "4+1 PROJECT," which consists of a total of 5 events. This project will be in commemoration of the quartet's 5th anniversary since their debut in August.

Fans are looking forward to the projects that will be prepared, apart from "BLACKPINK THE MOVIE," to be released globally in more than 100 countries worldwide.

BLINKs are also anticipating Lisa solo, which could be one of the projects or collaboration with international singers, including Taylor Swift.

However, these are just speculations. Official announcements remain kept under wraps.