Mina is in a relationship!

On June 26, KST, former AOA member Mina took to Instagram to introduce her boyfriend to the public herself.

She shares a picture of her and a mystery man together, along with a purple heart emoji in her caption. One netizen, who was curious about the identity of the mystery man, commented, "Do you have a boyfriend? As long as you're happy, I'm all right." Mina responded to the comment and confirmed everyone's curiosity by saying yes!

Upon learning that the mystery man is indeed her boyfriend, many netizens started flooding Mina's comment section and congratulating the new couple. Many also expressed their happiness that Mina seems to be doing a lot better than before and that she is very pretty.

Meanwhile, Mina made her debut as a member of AOA back in 2012. After seven years, she departed from the group in 2019 and has since then been promoting as an actress. Sometime later, it was revealed that Mina had been bullied by former fellow AOA member Jimin, who was the leader of the group. Jimin subsequently departed from the group and retired from the entertainment industry following the bullying controversy.

Congratulations to the new couple!

[CW] Mina Shares With Fans That She is Getting Better

Back on June 19, Mina took to her Instagram account to share with the public a lengthy message regarding her current mental and physical status, following the events that transpired after it was revealed that she had been bullied by a former AOA member Jimin back in 2020.

Mina reveals to the public that she had undergone a Korean shamanistic ritual called the "Kut" after a shaman had told her that there were demons, spirits of the dead, and the like was living with her - which led Mina to do the things that she had previously done, such as attempting suicide and self-harming. 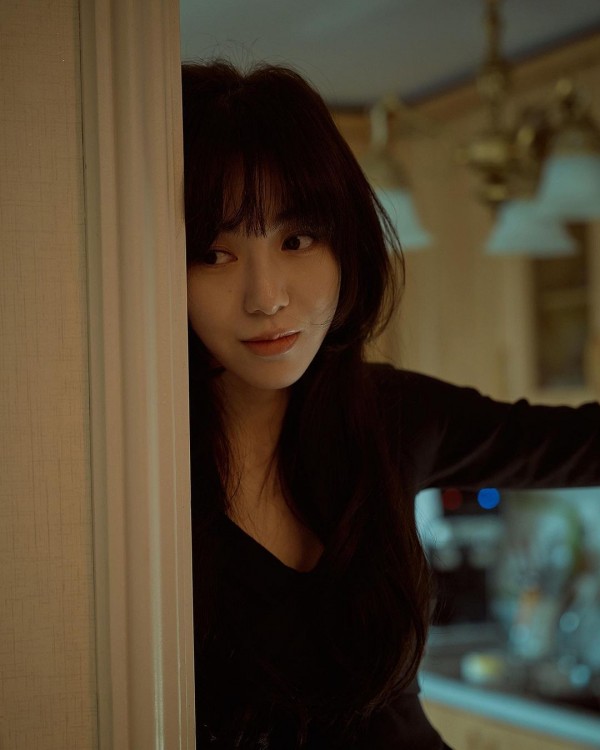 Mina later performed the kut and an exorcism to peacefully send those residing inside her off, as well as her ancestors. Following the kut and exorcism, Mina shares that she had felt a lot better, such as she isn't harming her body anymore, she is eating well and reduced her medications, and is sleeping much better.

In addition, she can now move her left hand, which she couldn't feel and move before. Mina also feels more motivated as she now wants to meet people and work again.

Although Mina shares that she doesn't know up to what extent she can believe in the shaman, she will just believe in herself, as well as be a person who loves herself.