"The Fact Music Awards 2021" nominees have been revealed, with BTS, Super Junior, SHINee vying for trophies. Who do you think will receive prestigious awards?

The first-ever online voting for "The Fact Music Awards 2021," a K-pop fest created by fans together with different artists, will begin today.

On August 9, the organizers of "The Fact Music Awards (TMA) 2021" stated that the first online voting for the said new K-pop event will be held on the Fan N Star official application for the whole two weeks, starting at noon today until noon of August 23.

They added that the online voting will only be available through the official webpage.

In the initial online voting, four categories in total are offered, namely:

The winners will only be decided by the results of the first round of voting.

RELATED ARTICLE: '2021 The Fact Music Awards' to be Held Online in October

BTS, Super Junior, and SHINee Made the Cut! 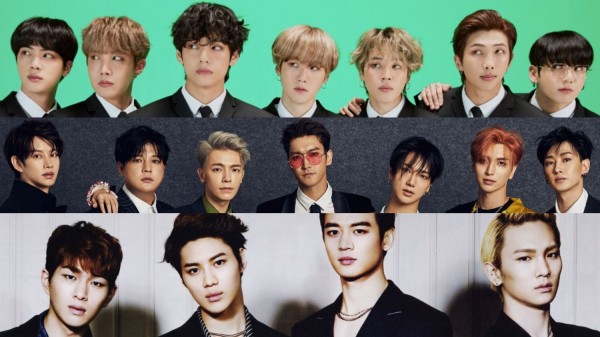 The voting will be held at the same time, and on a total of 5 applications and websites given for Fan N Star Korean, Japanese, English, Chinese, and Vietnamese regions.

Also, the artist that the fans wanted to include in the nominees can be done through "General Star," "Rainbow Individual," and "Video Voting" and can be obtained through the Fan N Star mission.

The top 20 teams who gathered the highest score in the first round will then advance to the main voting or the second round which is scheduled to begin in September.

What's in Store for 'The Fact Music Awards 2021' Winners?

The artist who has taken the first place in the first voting for the "Fan N Star Choice Award" and the "Trot Popularity Award" can get the privilege of being exposed to different digital advertisements at Jamsil Lotte Department Store for a whole week.

The 2nd and 3rd place will also receive an exposure to the billboards in the waiting rooms of around 42 stations on Subway Line 2 for one week. Also, they will receive exposure to advertisements on the CM board at Hapjeong Station on Subway Lines 2 and 6 for a week respectively.

"The Fact Music Awards 2021" will be held on October 2 to help prevent the spread of the coronavirus and for the safety of all the nominees, staff, and fans.

Additional specific information about the awards ceremony will be published later via the newly opened "The Fact Music Awards 2021" official website.

IN CASE YOU MISSED IT: 2021 The Fact Music Awards: Here are the Categories Where Fans Can Vote and Benefits of Top 3 Finalists