In what might be the largest K-Pop-themed film to see the light of day, "Parasite" producer Miky Lee teams up with American mega-producer Lynda Obst and Korean director JK Yeun for "K-Pop: Lost in America."

A statement from CJ ENM shares that the hit-making trio will be spearheading a K-pop road film currently named "K-Pop: Lost in America" as its working title. The project is expected to cast top K-pop stars and other potential talents to be screened in open auditions to be held in the South Korean capital, Seoul, starting this month.

The upcoming road movie will follow a popular K-pop boy group that mistakenly finds itself in Texas, two days before they supposedly make their global debut in New York City - about 1,800 miles away!

With no money with them and time quickly running out, the stars of the Korean industry must find their way to their global debut stage and introduce themselves to the world. 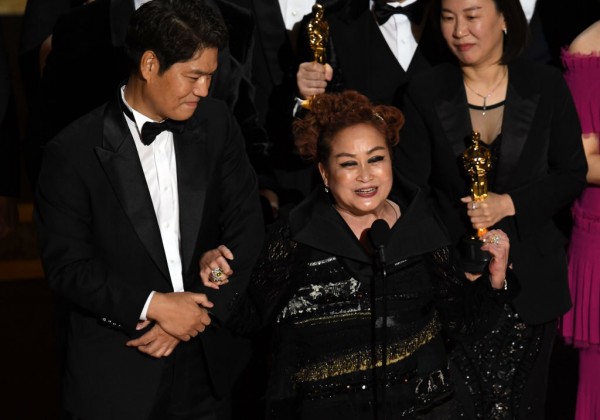 ALSO READ: 12 Idols Who Represent Different Movie Genres + Which Film is Likely to Become a Blockbuster?

A Collaboration Between Industry Icons

Lynda Obst is the American producer who served as the driving force behind memorable modern films like the 1993 romance-comedy hit "Sleepless in Seattle," the 1994 Western adventure "Bad Girls," the 2003 romance-comedy "How to Lose a Guy in 10 Days," and the 2014 sci-fi epic "Interstellar."

CJ ENM shared that Obst considers "K-Pop: Lost in America" a passion project, driven by her love for all things Korean, most specifically K-pop itself.

Miky Lee, one of South Korea's most prominent entertainment moguls, is also on board as a producer for the project. Lee, the vice chairwoman of the CJ Group and the heads CJ ENM, has backed historic Korean projects.

Most recent is her support for director Bong Joon-ho's critically acclaimed "Parasite" in 2019, which is the first Korean film to win at the Oscars in its 101-year cinematic history.

Additionally, she also helped realize some of Bong Joon-ho's memorable projects such as the 2013 sci-fi "Snowpiercer," 2003 thriller "Memories of Murder," and the 2009 thriller "Mother."

Je-kyoon Yeun, also known as director JK Yeun, has established himself for making cult classics across different genres. He directed the 2002 comedy film "Sex Is Zero," which was noted as the Korean "American Pie."

JK Yeun, however, first gained mainstream attention and recognition with his 2009 disaster film "Haeundae," which has been billed as the first disaster film and setting off an entire genre for the following years.

"The popularity of K-pop and K-culture has never been more in-demand," Miky Lee said in a statement. "Combining CJ ENM's globally recognized production capabilities with the brilliant minds of smash-hit creators Lynda Obst and JK Youn, we have no doubt that we will be able to showcase a very special movie that will appeal to a global audience and K-pop fans alike."

Asia's leading entertainment and lifestyle company, CJ ENM, is currently headquartered in Seoul, Korea. Since it was founded in 1995, it has engaged in a variety of businesses covering almost all aspects of the Korean entertainment industry: media content, performing arts, film, music, and animation.

CJ ENM has created a number of hits and critically-acclaimed works over the years, including the Oscar-winning "Parasite" and the Tony-winning "Kinky Boots." The entertainment giant is also behind timeless favorites on TV such as "Crash Landing on You," "Mr. Sunshine," "Guardian: The Lonely and Great God," and more.

RELATED ARTICLE: From BTS to 'Parasite': See How K-Pop Took Instagram by Storm This 2020