A reporter's past statement regarding the examination of YG Entertainment and their involvement in the prostitution industry in gaining attention on online community sites.

With Seungri, a former member of YG Entertainment's top group, BIGBANG, being sentenced to three years in prison on August 12, and the label's founder and former CEO, Yang Hyun Suk, having been investigated for mediating prostitution, YG Entertainment's hand in the domestic prostitution industry is being examined by experts.

On August 12, a post titled, "If YG collapses, a huge blow to the domestic prostitution industry in inevitable," is gaining attention on various online communities.

IN CASE YOU MISSED IT: Ex-BigBang Member Seungri's Arrest, Here's What Really Happened

On the post, netizens are once again bringing up a statement made by a reporter in the past. On the Youtube channel "Journalists Reading Comments," reporter Lee Hwa Jin made an appearance on the channel two years ago to talk about YG Entertainment's involvement in the prostitution industry.

During her appearance, Lee Hwa Jin talks about what she had discovered and researched regarding the relationship between YG Entertainment with the prosecution and police department. According to her, there were records of prosecutors and police investigating drug cases related to YG Entertainment's artists. However, various cases were not pushed forward, and that indictments were not made.

IN CASE YOU MISSED IT: Yang Hyun Suk Charged For Threatening Informant Regarding B.I's Drug Case + B.I Charged Without Detention

Lee Hwa Jin explains that she found various information during her investigation and claims that Yang Hyun Suk was known for treating his guests with women while they drink.

Lee Hwa Jin then shares having met the "godfather" of the domestic prostitution industry, who reveals that Yang Hyun Suk is a "big hand" when it comes to the industry as he spends a lot on women when he treats his guests.

According to Lee Hwa Jin, Yang Hyun Suk would spend around millions of Korean won when it comes to treating his guests, however, she notes that "treating guests" doesn't exactly mean prostitution as this can start from when the women are hired to serve drinks to the guests. 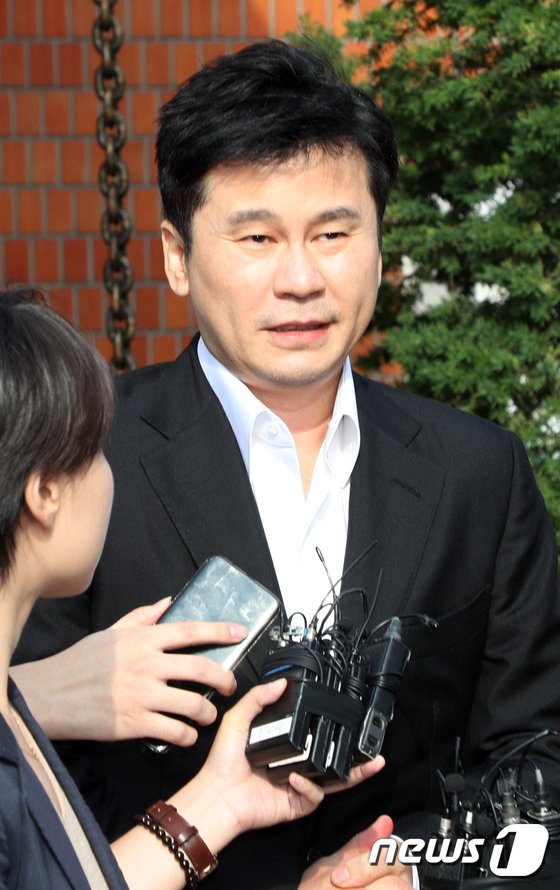 She ends by concluding that Yang Hyun Suk's resignation as the chairman of YG Entertainment could heavily impact the domestic prostitution industry.

With Seungri's sentence, the post is going viral among netizens, who expressed their disbelief and disgust at the situation. Many have also left comments stating that they should boycott YG Entertainment, that the label should shut down, and that the current artists under the label should leave.