On August 30, P-Nation released a logo motion teaser video that announces the start of Hyuna and Dawn's duet album called "1+1=1" which will be released at 6 PM (KST) on September 9 through the official SNS channel.

The released teaser video shows how the phrase "HyunA + Dawn = ?" transforms into the formula "1+1=1." The sparkling background and items like hearts and petals give off a lovely atmosphere and it catches the eye of the viewers.

A few weeks ago, P-Nation's head Psy raised the interest of many music fans by announcing HyunA and Dawn's comeback. Now, the anticipation rises as to how Hyuna and Dawn will return to the music industry in September, the teaser video starts a full-fledged comeback countdown with a bouncing logo motion. 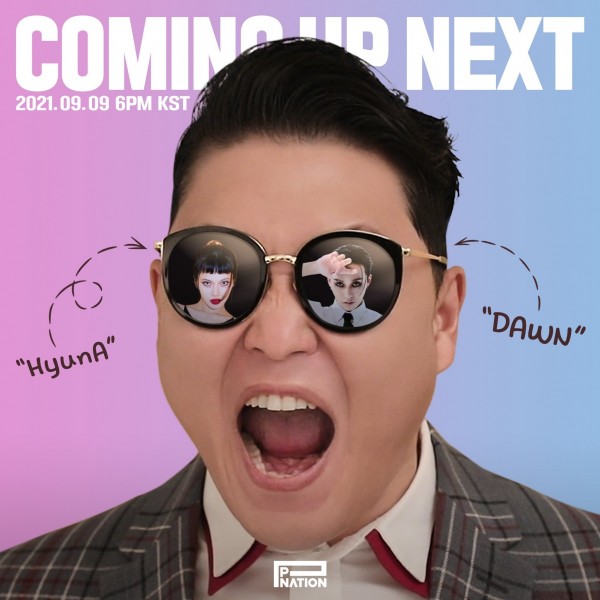 HyunA and Dawn to comeback with a duet on September

HyunA and Dawn are now an official couple in the entertainment industry. They are expected to come back together in the music industry in September. 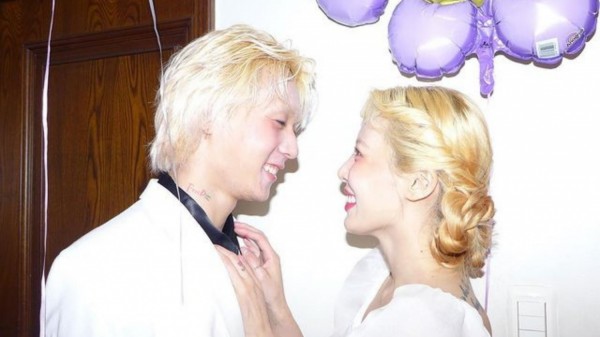 Last August 16, P-Nation's head Psy published a teaser image that features HyunA and Dawn's September duet comeback through its official SNS. Prior to that, Psy released the image of "COMING UP NEXT" and aroused curiosity about what it will be next.

ALSO READ: Did the Couple Tie the Knot? HyunA Posts Sweet Photos of Her and DAWN Wearing White Dress and Suit

The teaser image draws attention with Psy's appearance as he wears sunglasses in a pink and sky blue two-tone background. On both lenses of Psy's sunglasses, the images of HyunA and Dawn were displayed on each side, announcing the upcoming duet of the couple. 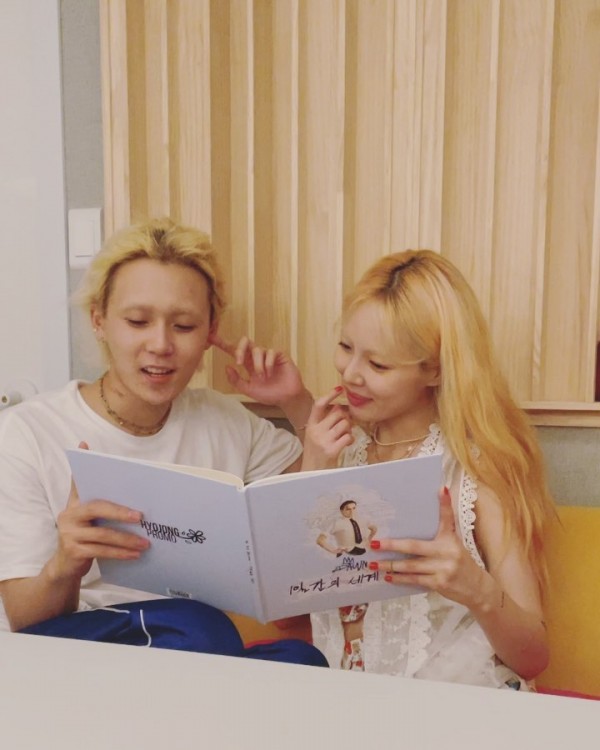 Together with the image is the date saying "2021.009.09 6 PM KST" was included, then it made the news of HyunA and Dawn's September comeback with the music industry official. Both of them recently finished filming the music video for their new song. They are also planning to release different contents sequentially before their anticipated comeback.

More projects before their duet comeback

HyunA and Dawn are a couple that represent the entertainment industry way beyond the music industry. This is the first time that the two artists who proudly expressed their affection for each other have performed duet activities. 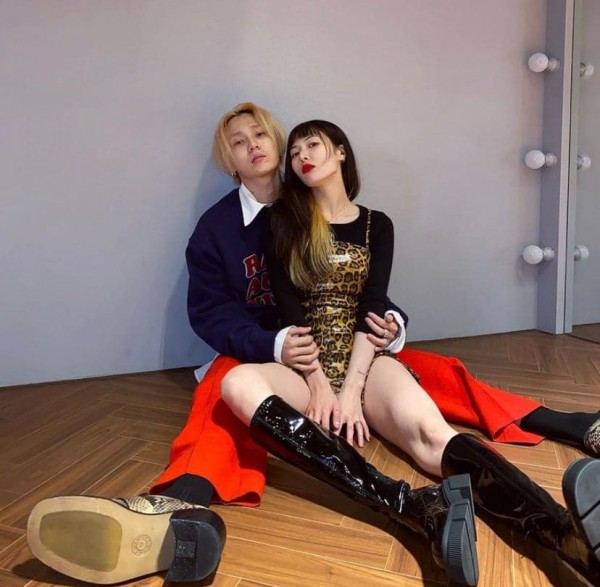 At the same time, along with their first duet activities, HyunA and Dawn will also cbe communicating with their fans through the studio Lulu Lala reality program named "I am In Thank you & You?"

HyunA and Dawn will release their new album "1+1=1 on different online music sites at 6 PM on September 9. Before this, on August 31 at 8 PM (KST), they will release their documentary about their work and love called "I am In Thank You & You?" through the studio Lulu Lala.

IN CASE YOU MISSED IT: HyunA and Dawn's Work and Love Story Documentary to be Released Soon!