KAACHI treats their beloved fanbase UNI-K to a fun yet sincere declaration of who they are, as well as telling their fans to follow their dreams in a melodic, confidence-boosting single. "Extra Special" comes only a few weeks after their power-pop release "The One Thing."

The latest track from the trio of Nicole, Chunseo, and Coco is a collaborative effort between London and Seoul, with writing, producing, and recording completed across both cities. 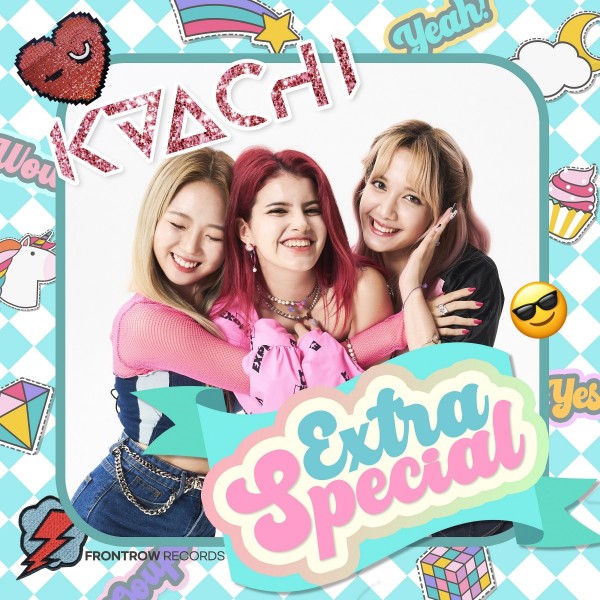 "I dedicate this song to KAACHI, who had a lot of struggle and faced a lot of challenges when they initially debuted in the UK. I wanted to contribute to create something that was going to give them more confidence and energy while they perform in Korea - yet I wanted it to lyrically capture their truth from their debut," explains Andy Ryu, a K-pop producer and the CEO of Pison Contents/ Musicspray. Ryu, the music exec and producer based in both Seoul and San Francisco, wrote and produced "Extra Special."

On the other hand, FrontRow CEO and KAACHI Executive Producer Monica Lee shares: "The song 'Extra Special' is a UK-Korea musical production collaboration sharing KAACHI's unique story." She notes that the members have been working hard with both teams to ensure the best results. She also expressed faith in the members Nicole, Coco, and Chunseo that Frontrow will share an "Extra Special Journey as they continue to develop their careers."

Coco recorded the track in Seoul, sharing that they recorded the original English demo as well as a part of the single in London. She recalls having to fly to Seoul for the recording while the two other members continued recording simultaneously in London.

"Thankfully, Andy directed me in detail to find the best voice for each part, which was assisted by the London Production team who were directing the ad-libs and harmonies," Coco added. "Both teams worked super hard to make sure the process could be as efficient as possible. It was so nice to be able to work with all of them - I'm very thankful to all of them."

KAACHI has previously performed their latest singles "Extra Special" and "The One Thing" for the New Beginnings with Kpop Superfest Event - which was broadcast on SBS TV last September 2.