In a recent radio show appearance, aespa reveals who out of the four members can learn a choreography the fastest.

aespa Reveals Which Member Learns a Choreography the Fastest

During their appearance, Eun Ji told the four aespa members - Winter, Giselle, Karina and Ningning - that watching their music video for their recent song release, "Savage," made her feel like she was watching a fantasy movie.

Eun Ji also talked about the song's choreography, which she shares looked really difficult to do, and asked the members how they felt about the dance.

aespa's leader and main dancer, Karina, responded by saying, "We started learning the [Savage] choreography right after we wrapped up the promotions for 'Next Level.' The choreography was hard indeed."

Karina continued to talk a little more about the choreography. "The foundation of the dance is on squats. That's why you must have good muscles in your mid-body for this dance," Karina said.

Hearing this, Eun Ji also asked which out of the four aespa members usually learns a choreography the fastest.

Karina responded again, saying, "Winter is actually fast when it comes to learning dance moves. She is a talented fast learner." 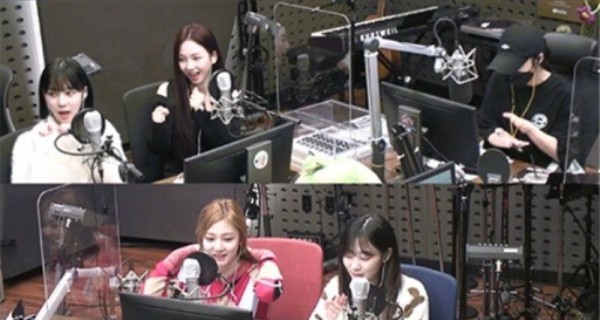 Upon hearing that it is Winter, Eun Ji playfully asked the aespa member, "Winter, do you have good mid-body muscles?"

"Yes, I think that my muscles in my mid-body are pretty firm," Winter responded while laughing.

Meanwhile, aespa recently made their comeback back on October 5 with their first mini-album, "Savage." Their comeback came five months after they released their single "Next Level" in May.

aespa Praised for Their Visuals in Latest Music Show Appearance

Meanwhile, aespa appeared on the October 14 broadcast of Mnet's "M Countdown," where they performed their new song "Savage."

The members gave fans a treat with their amazing performance, but what caught fans' attentions were the members' doll-like visuals!

IN CASE YOU MISSED IT: aespa Selected as 'Rising Stars to Know in 2021' by People Magazine 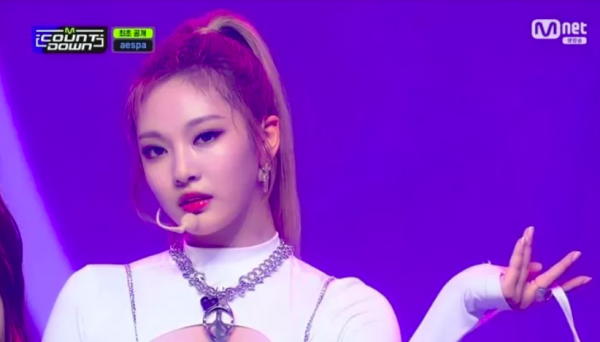 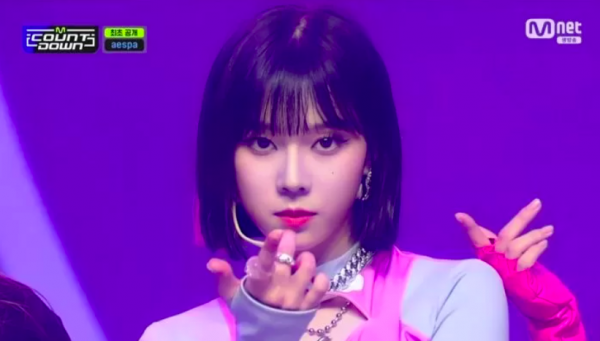 In particular, Karina, Giselle, Ningning and Winter showed off an appearance that is reminiscent to that of a cat with their makeup. During the ending pose for their performance, they showcased their individual charms with an intense eye contact! 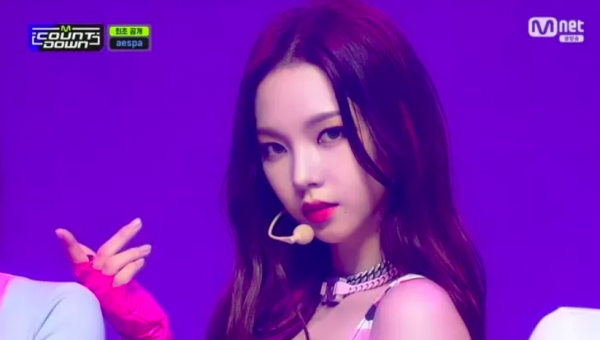 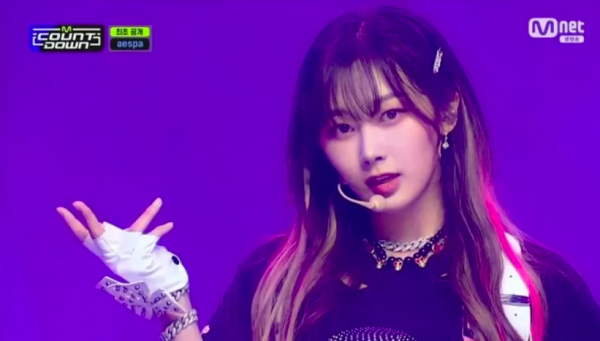 Fans who saw their ending pose left numerous comments praising the members for their visuals. Some said, "Their visuals are crazy," "All four look pretty and fresh," "Karina looks like a doll," "I was shocked because they are pretty," and more.