As BTS's concert in Los Angeles, United States is almost a month away from now, the ticket resale price for some VIP seats has increased to millions of won. 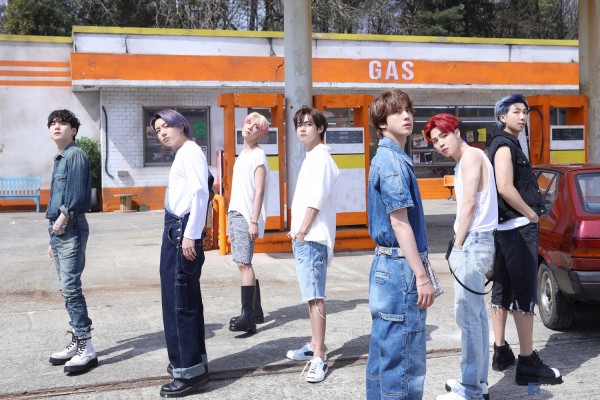 On Oct. 18, the Korean media outlet The Fact reported that VIP tickets for BTS's LA concert are being resold at millions of won.

The Fact said that Ticketmaster revealed that the price of concert tickets for "BTS Permission to Dance on Stage - LA" soared by at least three to four times and up to several dozen times as interest in resale. 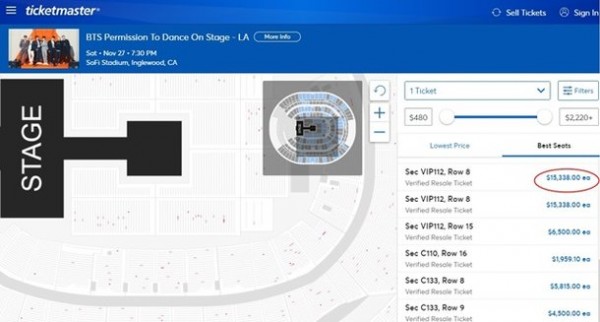 The reason VIP tickets are being resold at high prices is that cancelation is not allowed on Ticketmaster. For some platforms, ticket refunds can be requested within 72 hours after payment, but Ticketmaster in the United States doesn't work like this.

Instead of canceling tickets, there is a separate window for reselling the tickets on the platform.

In the case of BTS's LA Concert 2021, most tickets, especially for the VIP seats, would be resold for more than the original cost as it is an event of a global artist and it is the boy group's first offline concert in two years.

READ MORE: BTS Sets Record as the Artist with the Most No. 1s on Billboard's Digital Song Sales Chart

The ticketing for "BTS Permission to Dance on Stage - LA" started on Oct. 5, and the tickets were eventually sold out. Online ticket admission was also available but it was also sold out early. 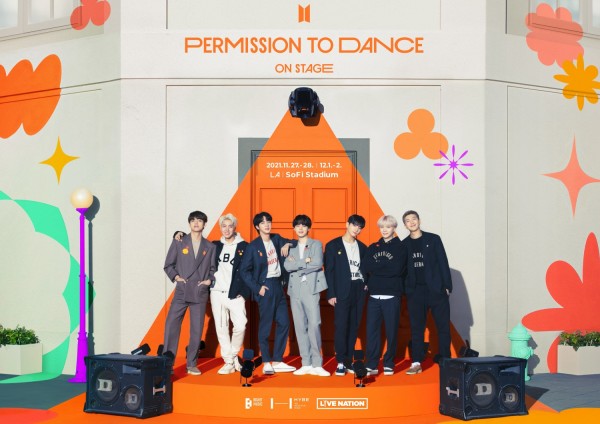 Meanwhile, BTS will hold four concerts in Los Angeles, United States on Nov. 27 and 28 and Dec. 1 and 2 at the SoFi Stadium.

At the time of construction of SoFi Stadium, it cost more than 5.5 trillion won, hence, it is considered the most expensive stadium in the world and can accommodate up to 100,000 people.

Before the offline concert, "BTS Permission to Dance on Stage" will be held on Oct. 24 and will be broadcast live.

Were you able to purchase your own ticket for BTS's LA Concert 2021?

In other news, BTS has achieved a new record for the most monthly listeners on Spotify among Korean artists.

YOU MIGHT ALSO LIKE: Japanese Idol Draws Backlash After Controversial Remark that BTS & TWICE Popularity is Thanks to Korean Government

On Oct. 17 at approximately 11:20 p.m. KST, the boy group's monthly listeners crossed 41 million, a total of 41,380,009 million listeners to be exact. This is the first time the boy group reached this large number of listeners. 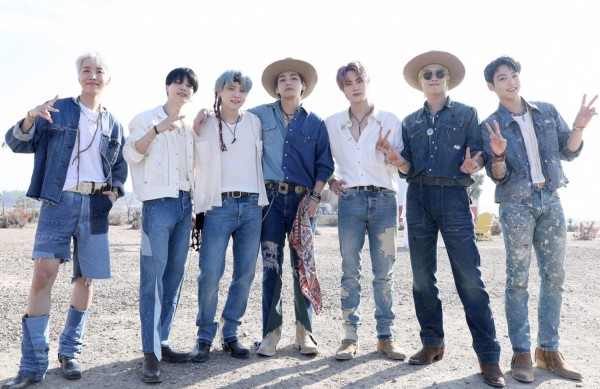 With this new achievement, BTS becomes the Korean act with the most monthly listeners on Spotify. Additionally, they have entered the list of Top 30 most-listened-to artists in the world.

As of writing, the Top 5 most popular BTS songs on Spotify are "My Universe," "Butter," "Permission to Dance," "Dynamite," and "Butter" (featuring Megan Thee Stallion).