Fans are left confused and worried after GOT7 Mark erased all of his posts on Instagram and shared a cryptic message on his Stories.

On October 19 KST, GOT7 Mark surprised fans when they found out that the group's lead rapper deleted all of his posts on his Instagram account. In addition, Mark also changed his profile picture to a plain black background. 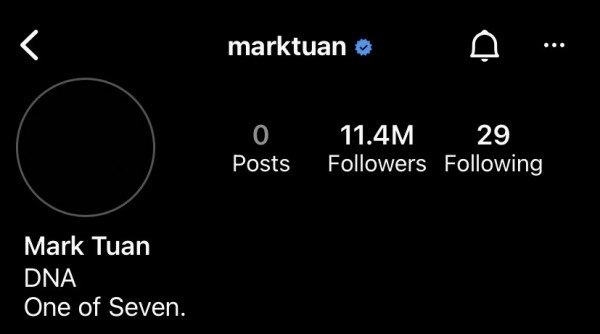 However, what caused fans to worry was Mark's cryptic message that he shared through his Instagram Stories, which contained the message: "I'm trying my best can't you tell?"

IN CASE YOU MISSED IT: BamBam Proves He's Part of the 'Evil Maknae-Line' for Teasing 'Eomma' Jinyoung through His Latest Twitter Post and Icon 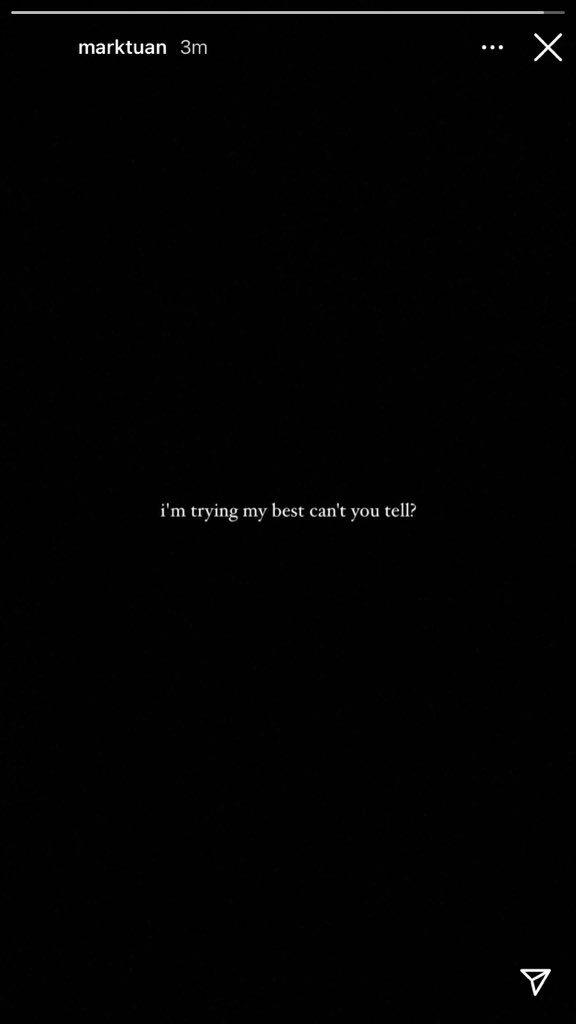 With that, "Mark Tuan" began trending on Twitter, with many fans expressing their concern at the situation, and wondering if Mark is currently going through problems.

Others are hoping that this is just a marketing tactic or part of a lyrics for a song Mark is working on, or a hint for an upcoming project.

Despite that, fans are pouring out their heartfelt support and love for the "One in a Million" singer. 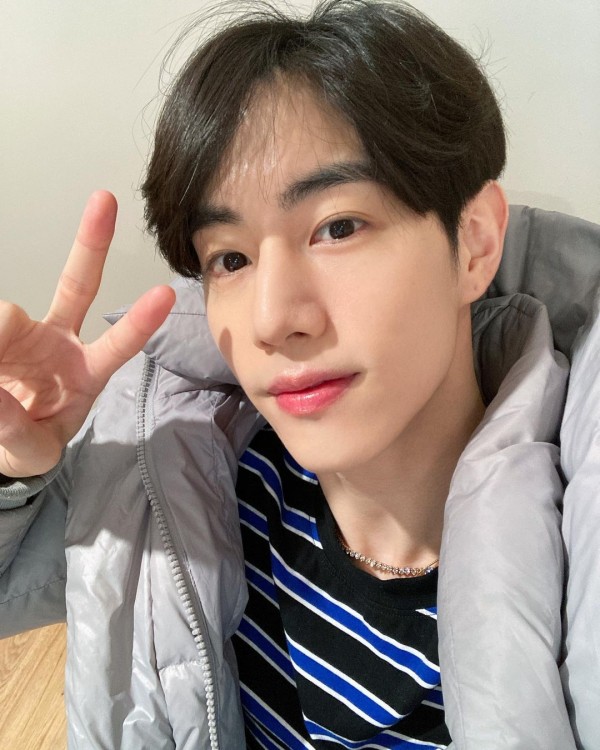 Earlier this year in January, Mark and all his fellow GOT7 members parted ways with JYP Entertainment after deciding not to renew their contracts with the "Big 4" label, thus ending his seven years with them.

However, despite all members of GOT7 no longer under JYP Entertainment, they clarified that they have not disbanded and will continue being part of the group while pursuing solo activities under different agencies.

IN CASE YOU MISSED IT: GOT7 Mark Shares Heart-warming Farewell with Members + Affirms He's Still with GOT7 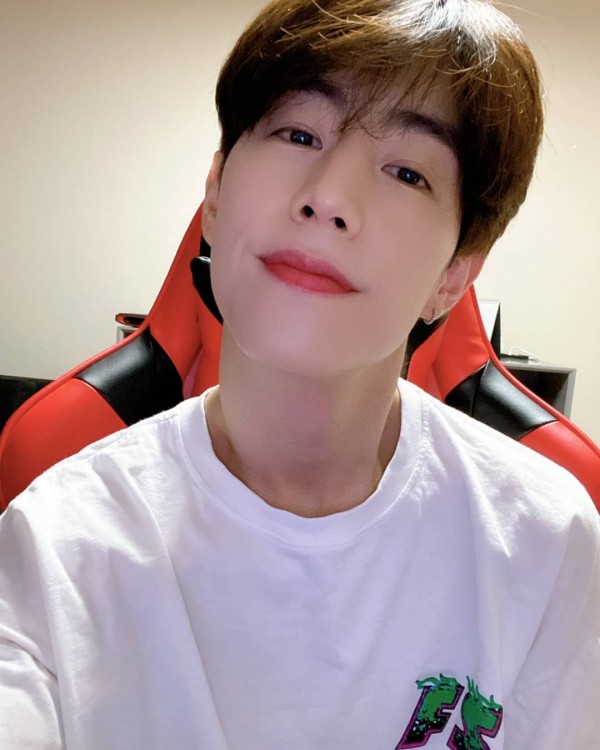 Following their departure from JYP Entertainment, Mark launched his own Youtube channel, which immediately gained more than a million subscribers.

In February, Mark announced that he also launched his own studio in Beijing, China called "Mark Tuan Studio," which will manage his Chinese promotions and activities.

In the same month, Mark released his first single after leaving JYP Entertainment, with the song "One in a Million" in collaboration with Bangladeshi-American producer Sanjoy Deb. 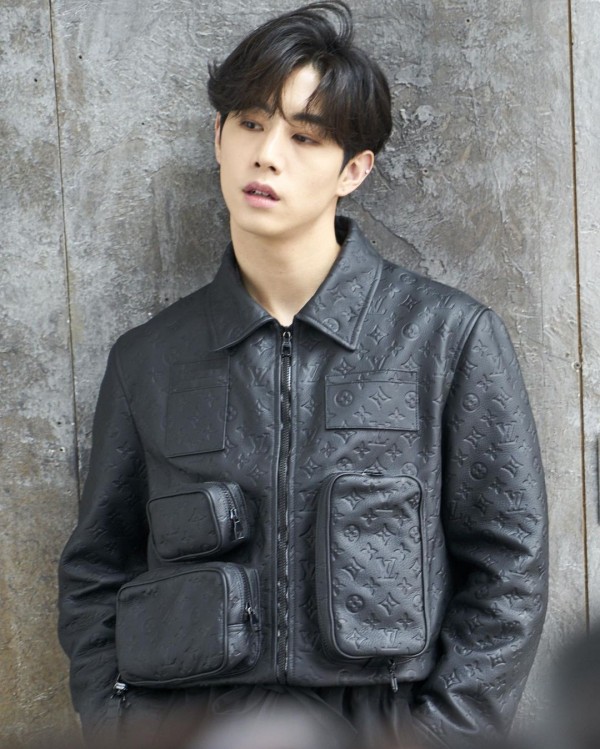 In April, Mark signed on with the label Creative Artists Agency.

More recently, Mark lent his voice for the first time for the official soundtrack of the American film "Shang-Chi and the Legend of the Ten Rings," singing the song "Never Gonna Come Down" alongside BiBi.

YOU MIGHT BE INTERESTED IN: GOT7 Mark Relationship Status 2021: Here's Why He is Rumored to be Dating BLACKPINK's Rosé