UNIVERSE original series "The Wolf: The Last Descendant" is a variety web drama that depicts the process of DRIPPIN, the Last Wolf's Descendant, who survived the conflict between vampires and wolves, performing various missions to wipe out the misunderstanding and dishonor that wolves caused. 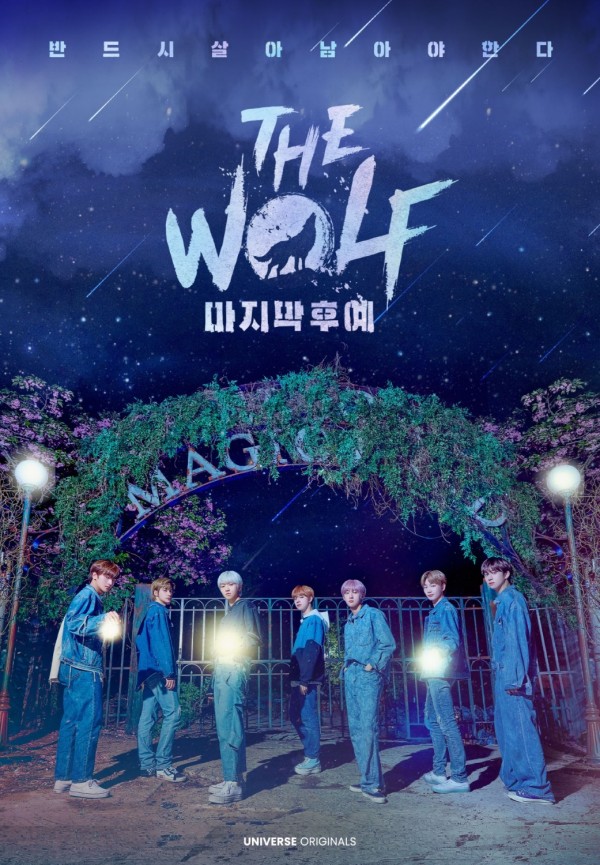 In the pre-released video released earlier, the serum that THE BOYZ members were looking reappeared in "THE BLOOD: DEATH MATCH," stimulating curiosity about the relationship between Wolf (DRIPPIN) and Vampire (THE BOYZ).

In "The Wolf: The Last Descendant" episode 1, DRIPPIN made his first appearance as a descendant of the last wolf, drawing attention.

DRIPPIN, who had been hiding for 128 days to avoid the vicious rumors surrounding them, decided to get rid of the stigma and came out of the world with the help of the villagers.

In the following scene, DRIPPIN showed a unique presence by participating in random dance and double-speed random dance missions to prove that he was a "good wolf," and in the special ability (personal skill) mission, he gave an unexpected charm and drew laughter.

At the end of the first episode, a strange figure appeared to catch Wolf, amplifying questions in future stories about whether DRIPPIN will be able to find clues to false rumors about Wolf and wash away his dishonor.

UNIVERSE ORIGINALS continues its title as a "web entertainment restaurant" with its unique worldview and exciting story development that has never been shown in other entertainment shows. As a result, global fans are also paying keen attention to the unique charm that fourth-generation idol DRIPPIN will show through UNIVERSE.

Meanwhile, "The Wolf: The Last Descendants" will be released every Monday and Wednesday at 10 a.m. on the UNIVERSE app, starting with the release of the first episode on October 25. The series consists 10 episodes, 3 episodes depicting the making, 3 behind-the-scenes, and the 1 full version.