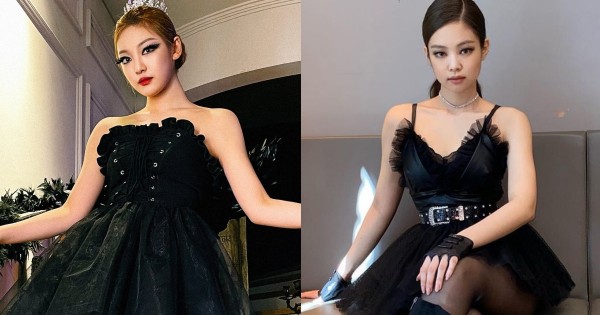 On October 31, photos of the "SM Halloween House" were shared on social media. aespa member Ningning received much attention and caused a fever for her costume. 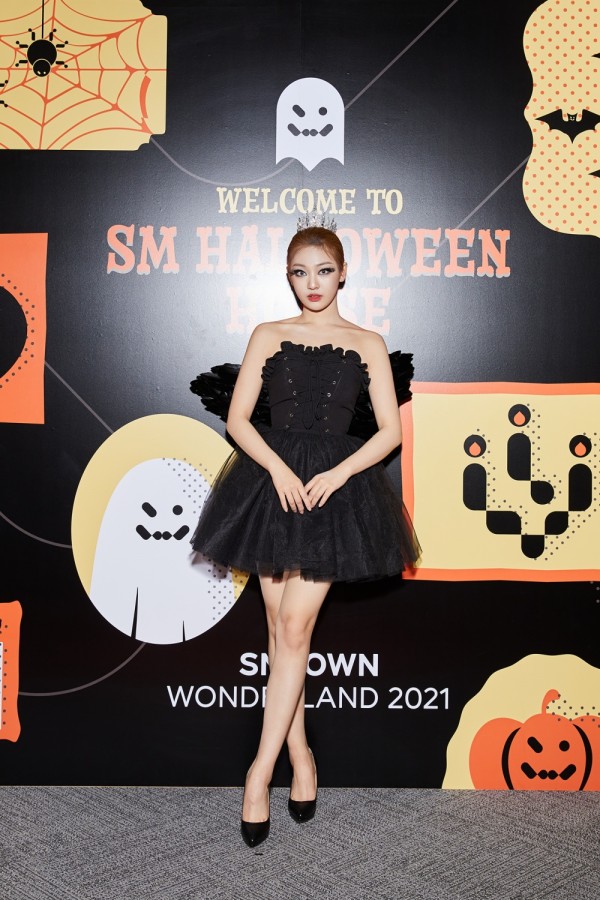 Ningning was one of the most complimented idols on this event, with someone even saying that she could pass off as the official visual of aespa. Many even called Ningning the "queen" of the party! From her debut in November 2020 until now, people believe that Ningning's beauty has grown tremendously.

Some people also added that she bore a striking resemblance to BLACKPINK member Jennie. Previously, while the girl group was promoting "Lovesick Girls," Jennie appeared at a music program wearing a stage outfit reminiscent of Black Swan. She, too, wore a black ballet skirt and smokey eye make-up. 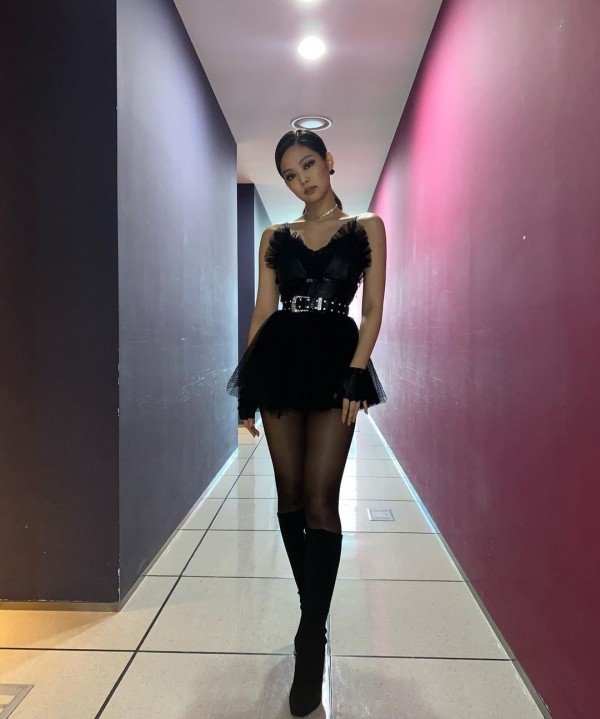 However, she wore nude lipstick and paired her outfit with black tights, boots, fingerless gloves, and a silver necklace.

Some people joked that Ningning looked like "Jennie who got lost in SM," expressing interest in the uncanny resemblance between the two female idols.

As the two both possess a cool girl aura and feline-like visuals, it is no surprise that they often get compared to one another. 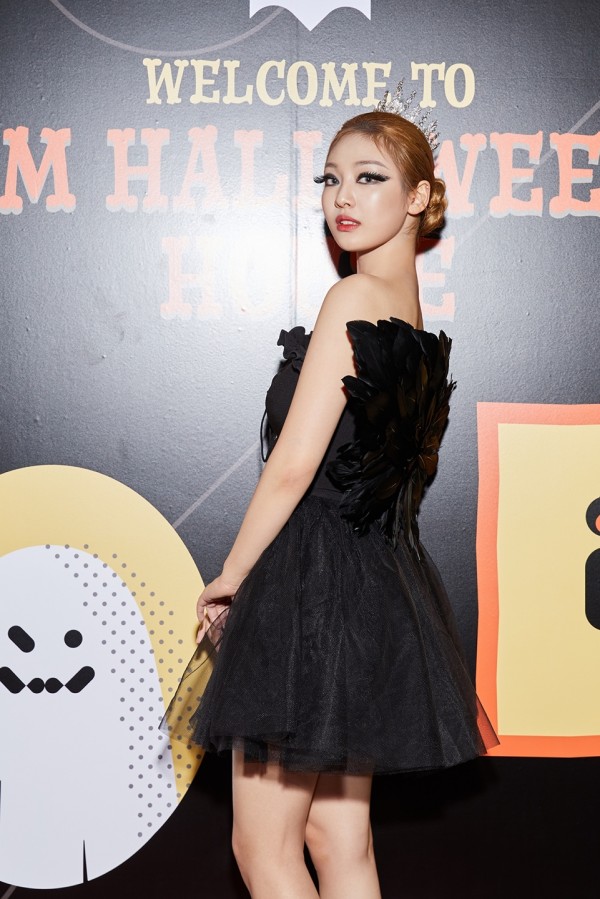 Some comments left by internet users include, "aespa's Ningning and BLACKPINK's Jennie are the two sexiest Black Swans in K-pop," "Like sisters, Ningning is becoming more and more like Jennie," "Ningning's face is naturally similar to Jennie, and her wearing this dress looks even more like a senior."

ALSO READ: BTS, aespa, and More: These are the Most Popular K-Pop Groups in October 2021

Do you think the two look similar? Tell us in the comments below!

On September 14, 2021, aespa released their first mini-album, "Savage." The mini-album contains six songs, including the lead single of the same name. Upon release, "Savage" topped the Gaon Albums Chart.

In addition, Hanteo Chart reported that "Savage" was the best-selling debut album for girl group's on the chart after selling more than 200,000 copies on the second day of its release. 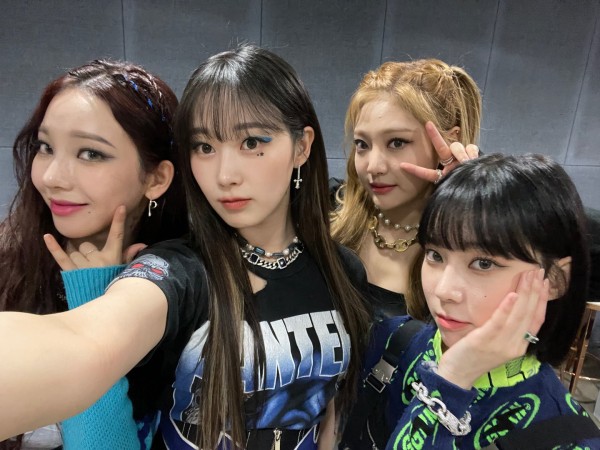 On the Billboard 200 chart, "Savage" debuted at number 20, making it the highest-charting debut album by a K-pop girl group to appear on the chart.

"Savage" also debuted at the top of the Billboard World Albums and Independent Albums Chart. In addition, the mini-album also debuted at number 2 on the Top Album Sales Chart.

ALSO READ: These are the Most Popular Foreign Female Idols in K-Pop, According to Korean Media Outlet