WayV's 2022 Season's Greetings are set for release, but, some fans are already expressing their dissatisfaction with the new merchandise as it only features six members, excluding Lucas.

On Nov. 1, WayV shared a teaser photo for their upcoming 2022 Season's Greetings, which will be available for pre-orders starting on Wednesday, Nov. 3, on various online shops.

According to the image, the boy group's new season's greetings will include a desk calendar, hardcover diary, postcard set, folded poster calendar set, sticker set (photo & handwriting), A4 poster set, and more. Some of these items will feature the WayV members.

However, out of the seven WayV members, only six of them will appear on the new merchandise, specifically Ten, Winwin, Xiaojun, Kun, Hendery, and Yangyang. Because of this, fans are questioning SM Entertainment where member Lucas is and why is he excluded from WayV's 2022 Season's Greetings.

This is not the first time that Lucas was removed from the new merchandise of his group. In mid-October, a photo showing new NCT products was uploaded on Twitter by a Korean fan.

In the image, the names of the NCT members can be seen, except for Lucas. This resulted in fans speculating that SM Entertainment quietly removed the male idol from the group.

This past August, WayV Lucas was embroiled in a scandal wherein various unnamed women who claimed they are his ex-girlfriends stated that the idol gaslight them and took their money. As a result, Lucas and SM Entertainment released statements concerning the rumors.

According to SM Entertainment, Lucas will be halting all of his activities to reflect on his actions, particularly the release of WayV's Lucas and Hendery's single "Jalapeño," which was initially scheduled to be dropped on Aug. 25.

In his handwritten letter, WayV Lucas apologized to the fans and those who were hurt by his wrong behavior. He also said that he looked back on his past behavior and sincerely reflected on it.

It has been two months since the scandal broke out but until now, SM Entertainment has yet to release an update about Lucas's activities. 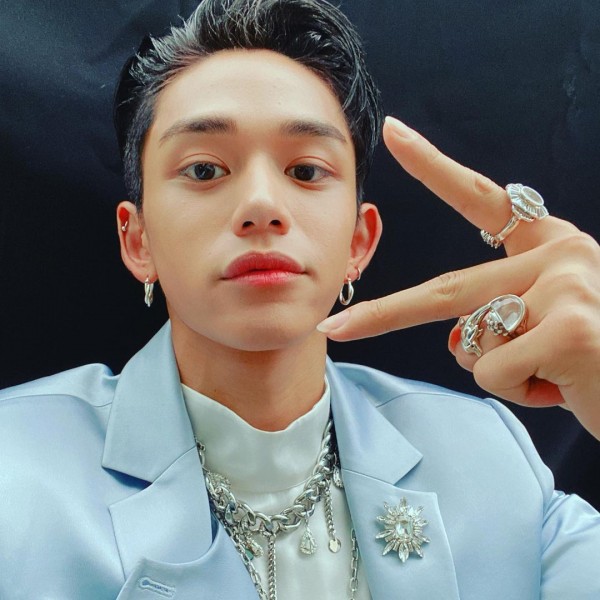 Meanwhile, many fans are expressing their disappointment with Lucas being excluded from WayV's 2022 Season's Greetings on Twitter.

Hashtags such as "#WeLoveYouLucas," "#WaitingForLucas" and "#LUCAS" are currently being used on numerous tweets. Moreover, the keyword "Lucas" has been mentioned in over 140,000 tweets.

Do you also want Lucas to be included in the season's greetings?

WayV's Latest Comeback with "Kick Back"

In March this year, WayV returned to the K-pop scene with their third EP, "Kick Back." The EP consists of six tracks including the title song of the same name.

Although Lucas and Winwin took part in recording the songs from the album, they were unable to participate in the promotion as they were undergoing quarantine in China for solo activities.

In South Korea, "Kick Back" became the boy group's first-ever No. 1 album on the Gaon Album Chart. It ultimately earned the band their first certification for selling over 250,000 copies in the country.