Following HYBE's corporate briefing, the company is now being criticized for the similarities of their new girl group's storyline in "Crimson Heart" to GFRIEND's "Tale of Glass Bead."

On November 4 at 10am KST, HYBE held their corporate briefing titled "2021 HYBE Briefing with the Community."

During the briefing, they announced their plans to release original webcomics and webnovels based on BTS, TXT, and ENHYPEN, through the platforms Webtoon and Wattpad.

READ MORE: HYBE Teams Up with Webtoon and Wattpad to Release Original BTS, TXT and ENHYPEN Webcomics and Webnovels

In particular, aside from BTS, TXT, and ENHYPEN's original stories, HYBE also announced the release of "Crimson Heart," the last of the original stories that is set to be released within the next year. 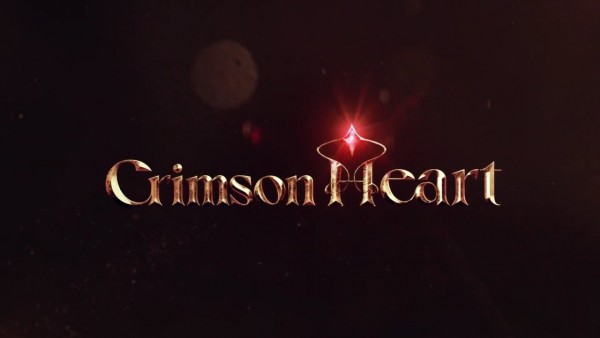 According to HYBE, "Crimson Heart" is a coming-of-age story set in a controlled city called Refugia that is cut off from the magical land of the Unknown, a magical land that is filled with Blue Flames. The story will revolve around girls who one day find a mysterious and ancient book and a necklace in a library. They then go on an adventure to search for the "Island of Blue Fireflies" in a strange world.

READ MORE: HYBE to Debut a Global Girl Group and Japanese Boy Group - Here's What We Know So Far 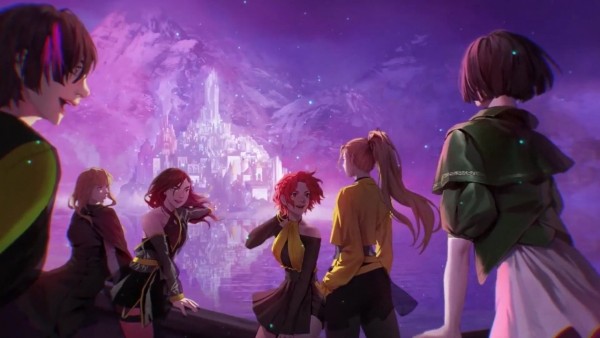 Upon hearing about "Crimson Heart," fans immediately speculated that the story will be about their upcoming girl group. In addition, HYBE had also applied for the copyright of "Crimson Heart."

During the briefing, HYBE had also announced their plans to debut a new girl group, and is currently cooperating with Universal Music Group and Geffen Records to hold global auditions.

While many fans have expressed their excitement for HYBE's first girl group after almost a decade, on the other side of the spectrum, GFRIEND's fans - BUDDY - are criticizing HYBE for allegedly copying GFRIEND's storyline for "Tale of Glass Bead."

A "Tale of Glass Bead" is based on a fictional universe by GFRIEND, with its storyline depicted through music videos, songs, performances, choreographies, and more in different media formats such as illustrated books and short videos. 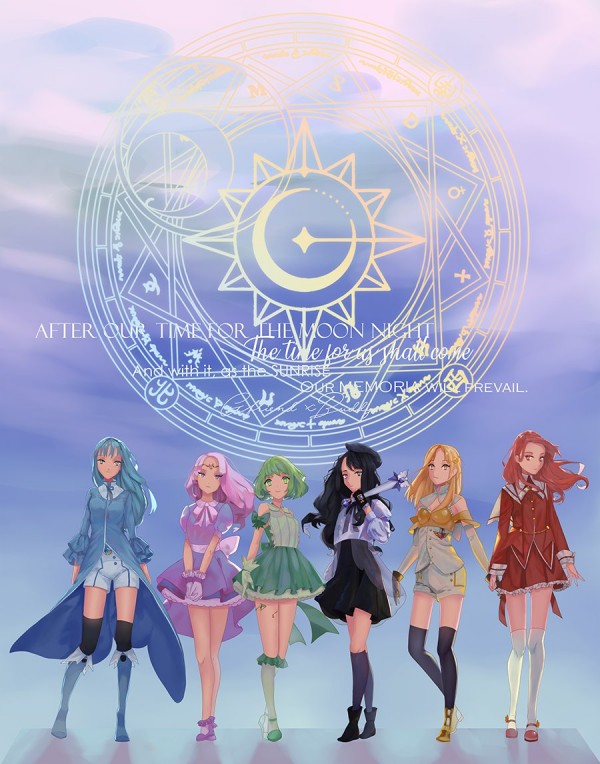 Regarding its storyline, the "Tale of Glass Bead" revolves around group of six girls as they grow up in a mysterious universe, dealing with loss, friendship, and bittersweet feelings as they try to remain together.

A fan later created a thread on Twitter showing a side-by-side comparison of the two stories. After it became viral, fans began trending "#ThankYouGFRIEND" to show their appreciation for the group, while also calling out HYBE for the uncanny similarities of "Crimson Heart" and the "Tale of Glass Bead."