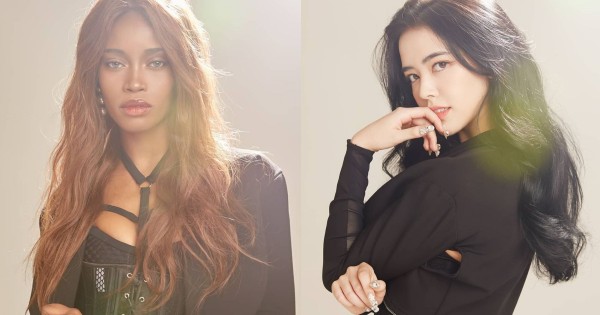 On November 12, a Brazilian fanbase account dedicated to BLACKSWAN's Leia shared private messages with one of the idol's alleged relatives. In the messages, there were claims that Leia has been bullied by fellow member Fatou since October 2021. 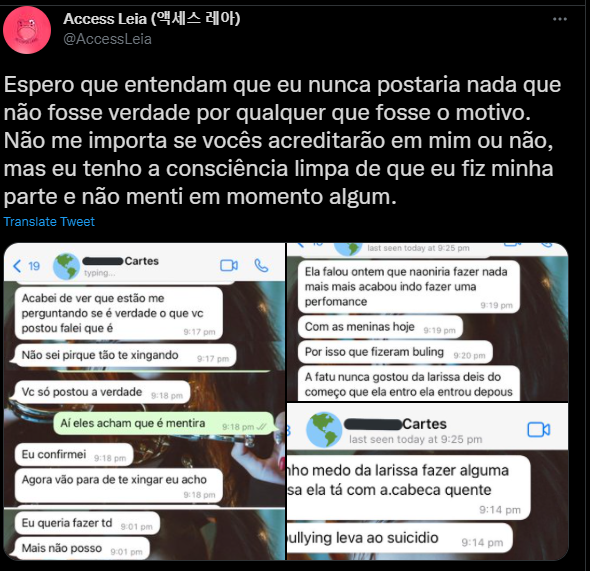 They claim that Fatou would bully Leia with intimidation, provocation, and oppression and that it has gotten worse recently. They credit this as why Leia has been so quiet on live streams and barely active on social media. They claimed that Leia had tried to communicate with the managers and president of Dr. Music, BLACKSWAN's agency, about the matter, but nothing could be done.

It was noted that Leia had deleted several photos with Fatou. 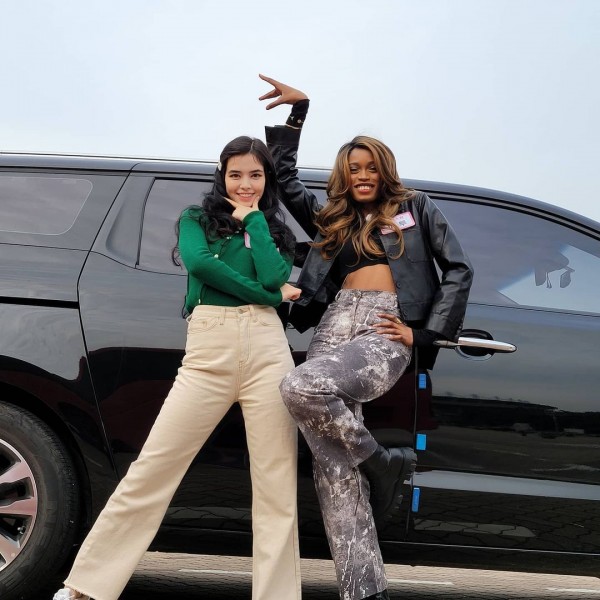 Initially, many were hesitant to believe the claims, as the Portuguese appeared to have several grammatical mistakes in the messages. However, Leia soon tweeted, "I don't think it's nice to keep talking about other people's Portuguese. Everyone knows that in Brazil, not everyone has the opportunity to study."

She also liked a tweet saying that her family would expose it since she is Brazilian and something terrible happened to her.

On November 14, Fatou took to Twitter to release a now-deleted statement about the situation. In her message, she indirectly denied all the bullying allegations and accused Leia of manipulation, gaslighting, and lying. 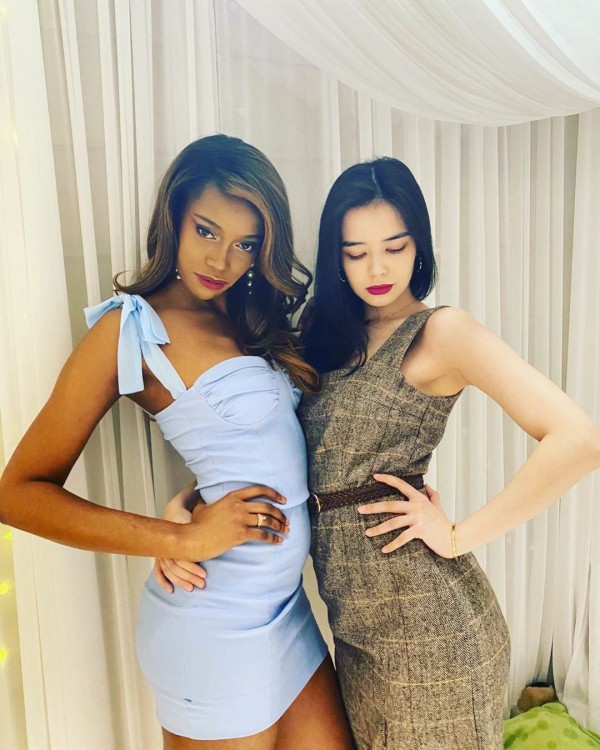 She reveals that Leia is a gigantic headache for everyone in the company, including their CEO and the members. She claims that Leia is selfish and only cares about herself, explaining that everyone always has to match Leia's beat and that she does whatever she wants without thinking about other people.

Fatou claims that if you do something that Leia disagrees with, she will make up a whole story surrounding the event to make you look like the bad guy.

The idol shared a short story, saying, "While waiting for our performance at Music Bank for 'Close to Me,' our fan manager told us to take pictures individually for our group's Instagram. So that was what I was doing when she suddenly appeared next to me to take pictures together. I told her that I needed to take pictures along this time like everyone was doing, and she too at that point. But because I said no, she brought it up during a meeting with our director. She took that situation and changed into me not liking her, and that is why I didn't want to have any pictures with her." 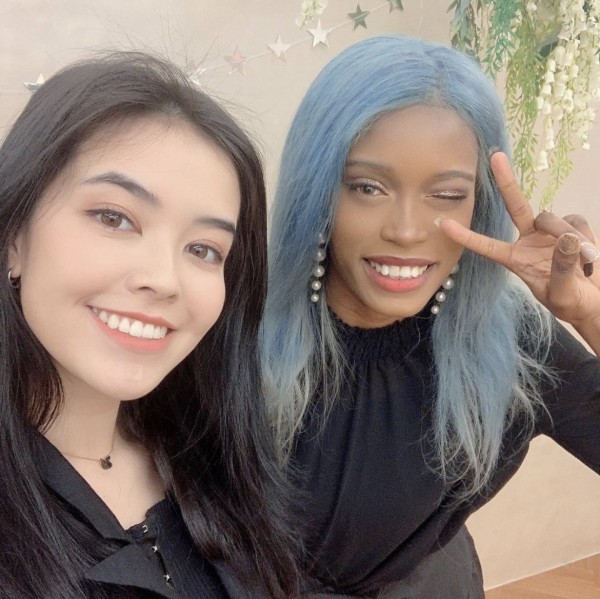 Fatou believes Leia is particularly zoomed in on her, and she does not know why. She claims Leia has started telling her friend that she does not want to be part of the group and that she would ruin the group once she's out. Fatou revealed she was shocked when she heard this and that she soon found out that Leia twists and turns her words behind her back. 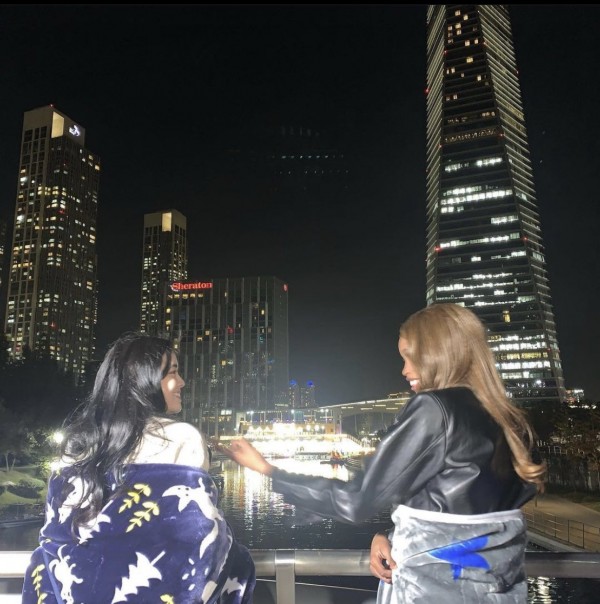 This led Fatou to distance herself from Leia. However, Fatou stated that on October 25, she exploded on Leia after she kept denying her bad behavior. Fatou states she said many harsh things, which she regrets because she "never should've stooped as low as her."

Finally, Fatou states that she and the other members have done nothing but support her for the past two years. However, Leia was ungrateful for that and lived according to her wants. She says all of Leia's apologies have been fake. Fatou ended her statement with, "One day, you will meet someone who will not accept you as gracefully as we did."

What do you think of the statement? Tell us in the comments below!