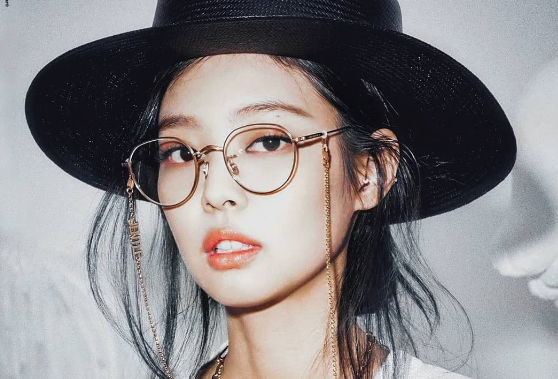 Singer and rapper Jennie Kim collaborated with Gentle Monster, an elite brand of eyewear, in the project "Jentle Home" and the products are now officially available!

The BLACKPINK's darling showcased her talent in fashion designing, a skill that isn't often found in idols. She released teaser photos of the said collection composed of trendy eyeglasses, over-sized sunnies, and accessories. What makes it more interesting is that, Jennie's inspiration of the aforementioned project is her childhood doll houses that she used to play as a young girl. The logo is even relatable to the classic Barbie theme!

Fans can't contain their happiness to finally see Jennie's masterpieces. Some have expressed their desire to own one of those fashionable sunnies. One fan flaunted on Twitter her purchases of the K-pop idol's eyewears. The said tweet is captioned with, "I GOT THESE TWO IM SO HAPPY I COULD CRY #JentleHomeByJennie #JentleHomeIsHere Congrats Designer Jennie."

"Congrats! now you're gonna be looking more stylish than ever period," one said in a reply. "OMGG CONGRATS!! I'm so jealous," another one wrote. Indeed, fans would die of envy, aside from Jennie's cool and chic eyewear collection, it's also pricey.

In the said post, one piece costs 260,000 Korean Won or about $211. The hashtag #JentleHomeByJennie is now a trending topic on Twitter. Fans can seem to contain the hype of getting one for themselves. The BLACKPINK idol just made another milestone.

Due to its popular demand on its opening date, Jentle Home's website reported to have crashed, frustrating the fans."THE WEBSITE IS BROKEN. I just want a pair of Kukus," one fan tweeted. "Jentle Monster website crash - JENNIE EFFECT," another post said.

Recently, Jennie has been hailed as the top South Korean celebrity who became the first woman to be featured as a cover girl in 6 of Korea's elite magazines. She also shared an update on Instagram with a photo of her and dog Kuma as the front page of Vogue Korea for their May issue.

Jennie Kim has come a long way since her debut as one of the members of the sensational YG girl group BLACKPINK along with Rose, Jisoo, and Lisa. She is considered as one of the prettiest idols in the K-pop industry.

Currently, BLINKs are still waiting for the formal comeback of BLACKPINK.