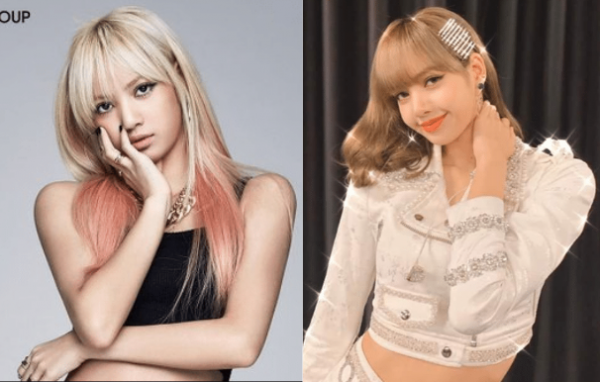 BLINKs trended the hashtag #NineYearsWithLisa to celebrate her nine fruitful years in her journey as a K-pop star.

It has been nine, long years since Lalisa Manoban, or popularly known as Lisa, decided to take the biggest leap of faith - to become an idol trainee. Her journey is indeed one of the most admirable stories in the K-pop scene, and proves that dreams do come true to those who work hard for it. Her fans took to Twitter to laud her for withstanding her long years of hard work and even after attaining success.

Born and raised in Thailand, it is a regular chance to become a K-pop idol, given that South Korea is a faraway land and the language barrier one will have to face. But thanks to her defiant spirit, she pursued her passion and dream, and YG's offshore audition, as if fate came on a whim, became her stepping stone to reach for stardom.

After five years of training, of enduring homesickness and language barrier, she is now one of the most admired K-pop celebrities, not just in her homeland and the whole world. And throughout her four years as a successful idol, we've heard a lot of her personal and inspiring stories.

Let's take a look back at a few of Lisa's most memorable lines that will either move you, inspire you, or give you a bit of a chuckle.

"Here is where your dreams start. There will be numerous obstacles in the way, but I hope that you can trust yourself and do your best."

"When I was 14 years old, I wanted to be a singer. I left home by myself and went to an unfamiliar country to be a trainee."

"Sometimes, I secretly cried in bed because I was so homesick."

"We are not BLACKPINK if we are not four."

"Of course, they were nervous, but I didn't want them to feel bad." 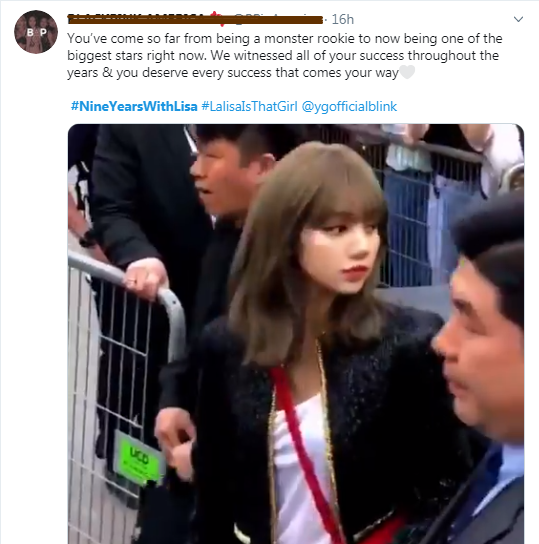 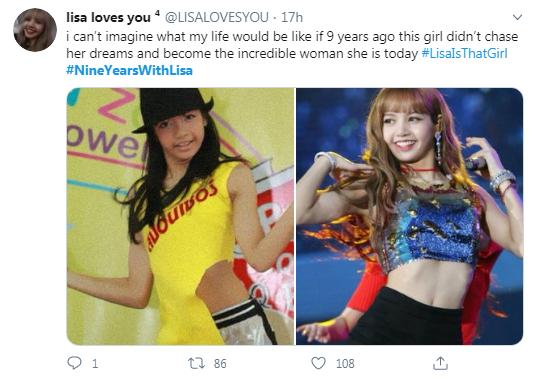 BLINKs are currently elated as soon, they will be seeing the girls more often as BLACKPINK is set to finally make their long-awaited return in June. Reports said that the members are now currently busy finalizing their music video filming, while tracks are already set.

"You've come so far from being a monster rookie to now being one of the biggest stars right now. We witnessed all of your success throughout the years & you deserve every success that comes your way," said her fan on Twitter.

"I can't imagine what my life would be like if nine years ago this girl didn't chase her dreams and become the incredible woman she is today," another BLINK wrote.

Meanwhile, Lady Gaga's "Chromatica" is set for release on May 29 and has been confirmed to feature BLACKPINK in her track, "Sour Candy."