Indeed, the May comeback and debut blew your heart enough with IU x Suga's collaboration, Baekhyun's comeback, Crush x Joy's song, etc. However, if you think that's the end of the hype amidst the coronavirus pandemic, then brace yourselves as the month of June will bring you even more major things to look forward to - the comebacks of the biggest K-pop idols and groups, not to mention the upcoming debut of the artists who will start the new generation of K-pop!

In this regard, here are the K-pop groups and K-idols who are set to debut this upcoming June! 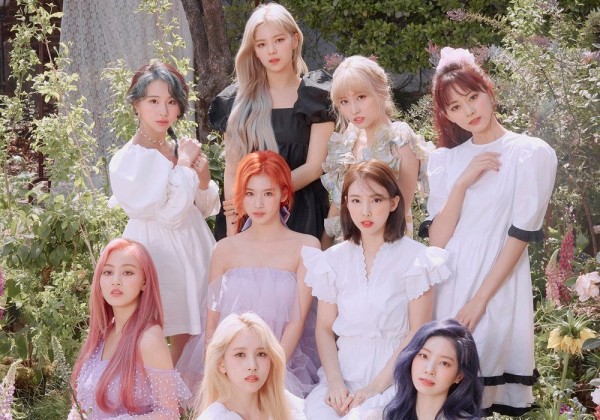 Set to be back with member Mina, TWICE will dominate the K-pop industry, who will begin the month with their track, "More and More!"

The pre-order sales already started on May 11, and as of now, the "nation's girl group" is hailed as half-a-million seller after recording pre-order sales of over 500,000 copies.

Check out the latest teaser below!

On May 27, EXO's official SNS confirmed Zhang Yixing's (Lay) upcoming comeback as a solo artist, with a cinematic MV teaser for his title track, "LIT." Also, he dropped a set of artistic artworks, which are reported to be the covers of his 4th child (album). Pre-orders will start on May 29, so stay tuned!

Check out the dramatic MV teaser below.

Who was wrecked by Sejun's photo teaser? Well, this is just the start as Victon is set to show more on their comeback day with their song, "Mayday," which is a special gift to fans.

Stray Kids will be dominating Japan! The male rookie group is currently gearing up for their first official Japanese single, "Top," which was initially introduced as the opening of the anime, "Tower of God."

Bang Yedam will debut as a solo artist ahead of TREASURE's debut! For sure, this is a treat for Yedam stans, isn't it? Well deserved! His digital release and MV will be dropped on June 6 at 6:00 p.m. KST.

Going back with their 2nd mini-album, "Vivid," AB61X will surely capture your attention with the new concept they will unveil. Further information will follow!

Vocalist Sungwoon will again grace fans with his majestic voice! On June 8, the male idol will be dropping his 3rd mini-album, "Twilight Zone."

Watch his 3rd mini-album's "special clip" to excite you more!

It seems like June is the month of vocal kings! To debut with his first mini-album, Eunkwang will make it up to Melodies as he gifts them with a journal-like album that will carry the majestic vocals of BTOB's leader and main vocalist.

Watch his pre-release song, "Dear My Dear," below.

Is it vocals month without Super Junior's Kyuhyun, Ryeowook, and Yesung? Of course not, as it is not complete without the "Kings of Ballad"! The three vocalists' fans are already hyping them up as this will be the first time that they will be releasing their first Korean album! Watch Kyuhyun's jacket filming clips below.

The girl group WJSN will also grace their talents with their 9th mini-album "Neverland"!

Jun K. Will also have his Korean version of his digital, "This is not a song, 1929," which is part of his Japanese album on June 10. On the same day, he is also set to have an online concert.

IZ*ONE will bloom again! Set to release their third mini-album on June 15, there are no further details about their comeback yet.

Are you ready with Red Velvet Seulgi x Irene's power duo? Red Velvet's first-ever sub-unit will surely make everyone anticipate the powerful dance and visuals the two idols are set to feature. Recently, they released their duo logo, and it's powerful enough to make fans excite more.

Comprising of six members, Moonlight Girls will be launched under NDS Entertainment, who introduced themselves already in September 2019 with their song, "Go Go Up."