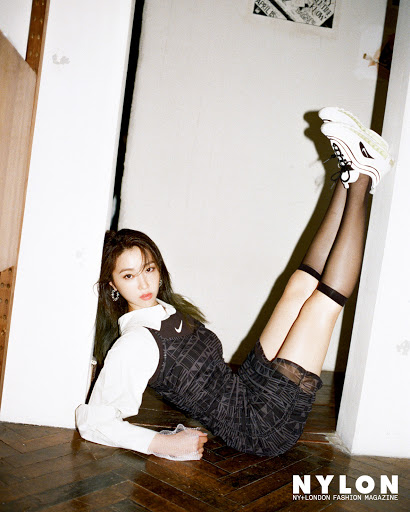 Rumor has it she filled the studio with her confidence and fresh vibe. Staff said that she was admired by many on the set for her down-to-earth behaviour and how she acted so naturally despite being a top star that attracts the public attention.

It has been a month since her 11th debut anniversary, and she had an honest interview concerning her experiences and her emotions.When asked about how she felt following her departure from her former company, Music Works, she said there was a feeling of enlightenment. She said, "I feel like I grew up more following those stituations. Now I can do things on my own. I no longer have to shape myself into this idea created by something or something. I can do things my own way now. I've become stronger." 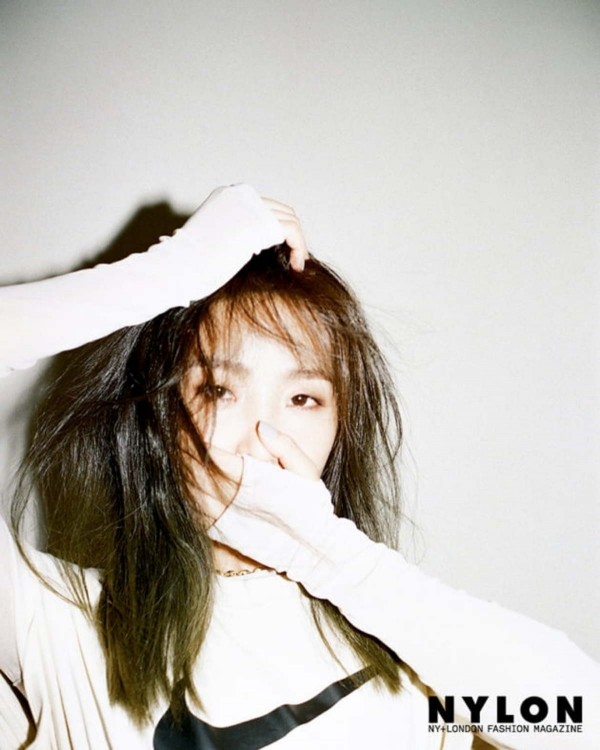 When asked if a 2NE1 reunion could happen in the future, she gave positive answers. "There are times the members would tease each other and say, 'Yes, we have to do it before we become grandmothers!' If we have a chance, we'd like to reunite on stage and show our cool image."

Prior to Minzy's debut, she participated in numerous dance competions and contests. A video of her at a dance competiion in Gwanju was posted online and she received praise for her skills. The video was subsequently posted onto YG Entertainment's homepage and was noticed by then-CEO Yang Hyun Suk. He contacted her personally and recruited her to join the company.

She debuted with 2NE1 under YG Entertainment in 2009 and was the group's main dancer. She stayed with the group for seven years before withdrawing from the group and company in 2016. Because of her early departure, she did not take part in 2NE1's song "Goodbye", a single they released after announcing their disbandment. Despite this, she is still close with the members and keeps contact with them.

On May 2016, she announced that she signed with Music Works and released her solo debut EP in April 2017. On April 2020, she left Music Works and the month after, she released "Lovely", her first single as an independent artist.