On November 3, Tuesday, malicious comments against EXO member Lay spread on Weibo after the idol participated and won in the Converse M-All Star Street Dance Competition.

Read more about the situation here. 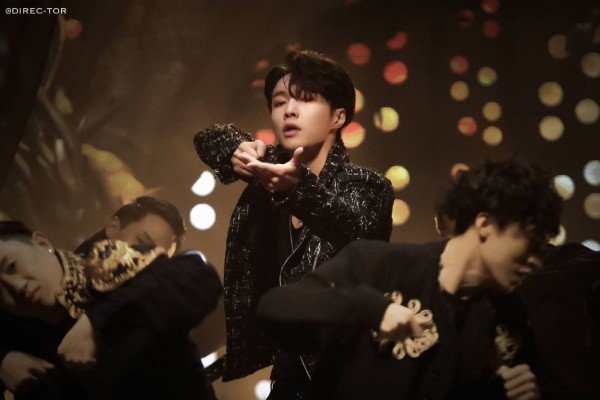 EXO's Lay recently participated in the Converse M-All Star Street Dance Competition in China, where the idol could showcase his hip-hop street dance style. During the competition, Lay showed off his krumping and freestyle skills.

Ultimately, Lay won a dance battle against French dancer Bouboo, the current world champion for the competition. Following Lay's win, Bouboo's Chinese girlfriend took to Weibo to say that her boyfriend only lost because he did not have time to change his clothes and warm up. She claims that Bouboo did not know he was going to be judged. Her post triggered a wave of hate towards Lay and his dancing. She has since deleted the post. 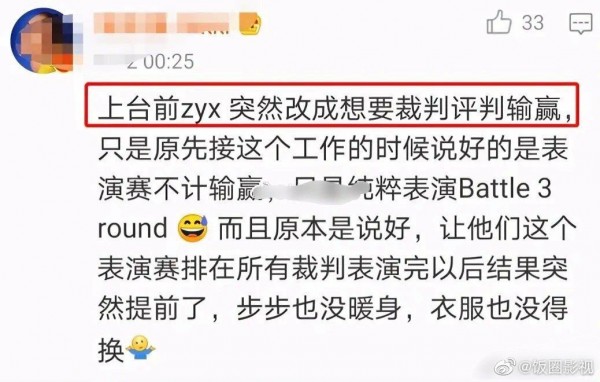 The following morning, Bouboo asked fans on Weibo to not hate on his girlfriend, saying she was only trying to defend him and that he respects Lay. Lay commented on his post, saying that he respects him as well, leading fans to speculate that Lay has seen all the malicious comments made against him. 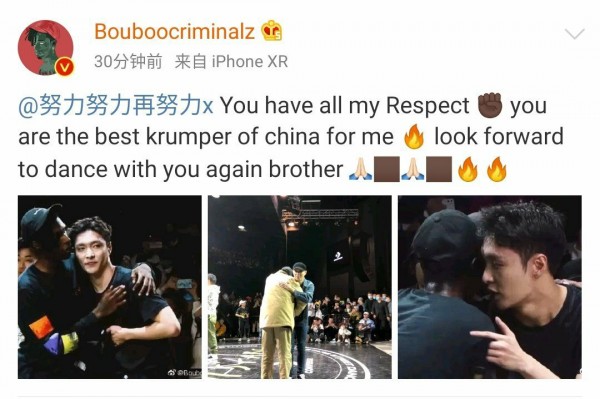 However, Bouboo's girlfriend did not stop there. She was soon seen commenting on posts shading the EXO member, causing media outlets to continue on their hate train.

Now, however, numerous dancers are coming out to defend Lay. Many had come out to say that people should not be hating on Lay's dance as he had performed extremely well. Numerous dancers also came out to say that Lay has the ability to lead the development of Chinese street dance. The judge who announced Lay's win announced that they had discussed it greatly and that he deserves his win. 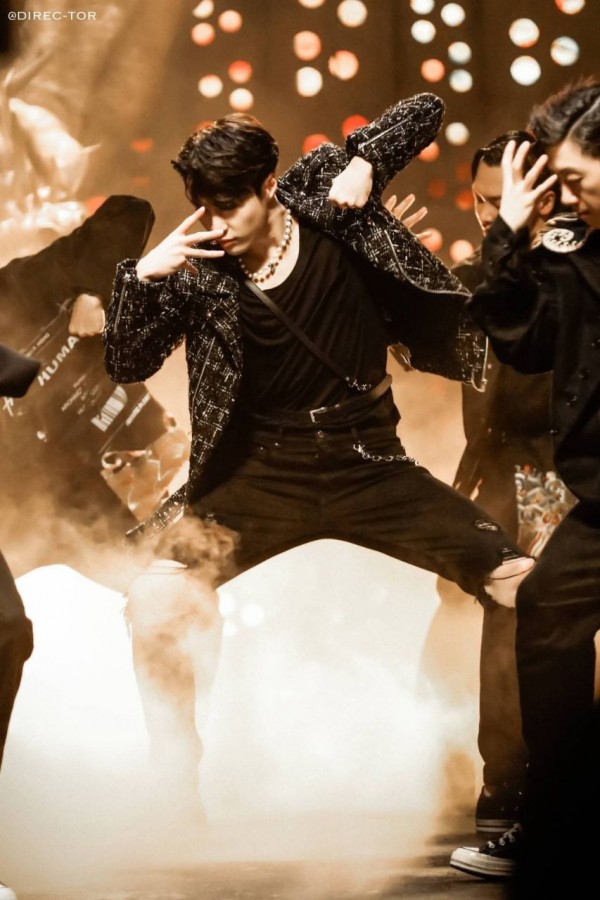 Following this, numerous dance media judges started shading Bouboo's girlfriend by posting tea emojis. In China, tea is used to reference when someone is fake. 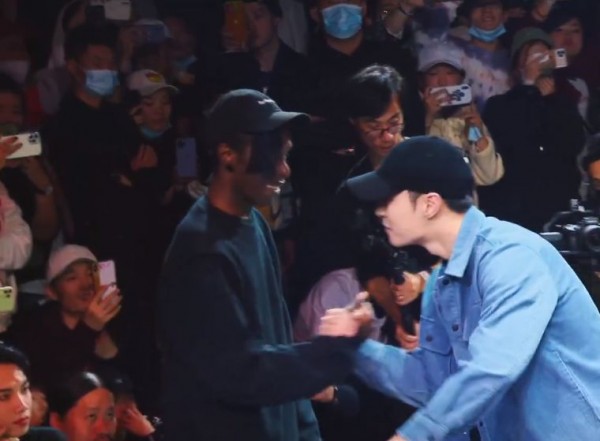 Famous dancer Trix took to Weibo to ask fans not to talk about the dance battle anymore and to respect Lay and the art of krumping. He compliments Lay, saying that the Mando-pop star has only been doing freestyle dancing for a year yet he was already so good. He also claims that Lay is someone who loves dance to the point where he is stepping outside of the box to try something new. Trix also defends Bouboo, saying he a kind guy and a world-class dancer.

Still, many are upset by the situation. Many had speculated that Bouboo had talked badly behind Lay's back, which spurred his girlfriend to make her Weibo post. Fans are saying that if Bouboo had a problem with the battle being judged, he should have spoken to Lay directly. People also pointed out that people had not known Bouboo had lost to Lay, and her post had actually publicized his loss.

People also accused Bouboo and his girlfriend of lying about not having time to prepare for the battle. The two had known about the competition since October and the scheduled had never changed. Lay had prepared for it despite his busy schedule in China. Many believe Bouboo had underestimated Lay's ability by not preparing.

To shield Lay from the negative comments, fans are trending #RespectLay on Twitter. In the hashtag, they inform fans of the situation and also spreading loving messages for Lay. Fans are also asking to respect Lay during this time, as the hate must have caused him stress and emotional damage. 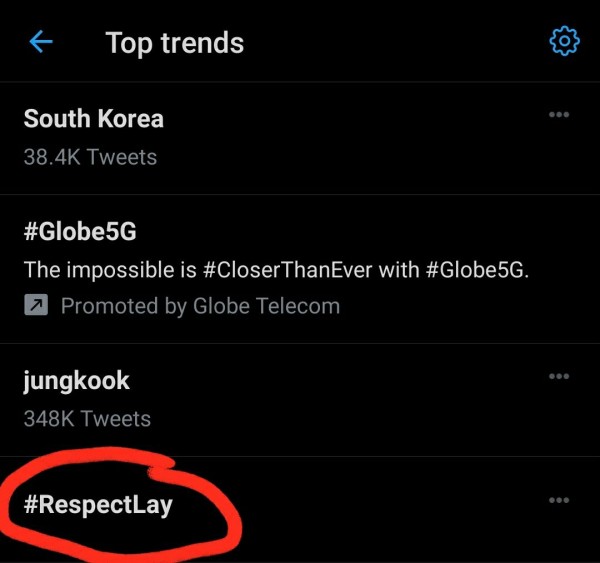 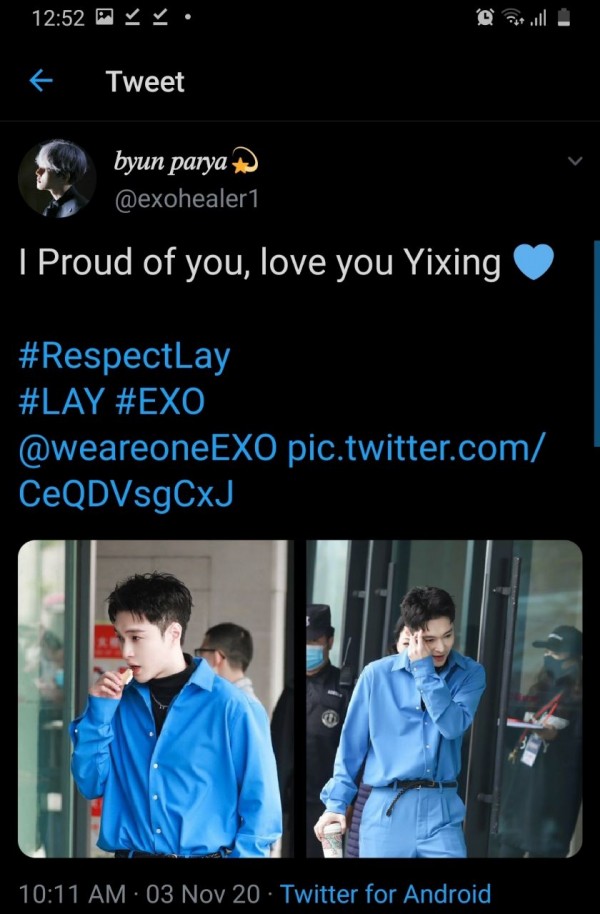 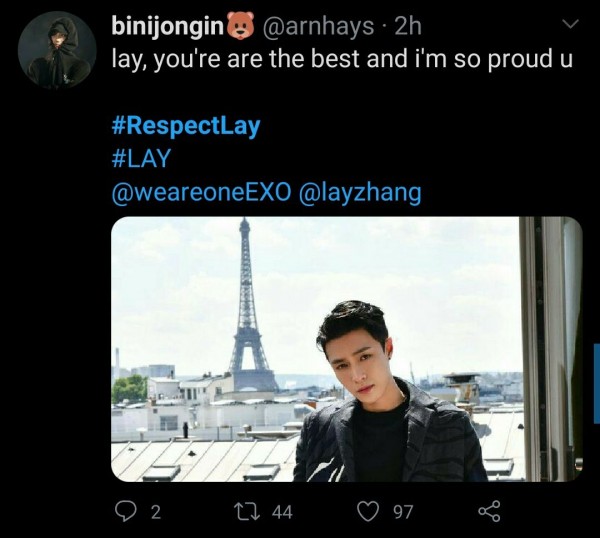