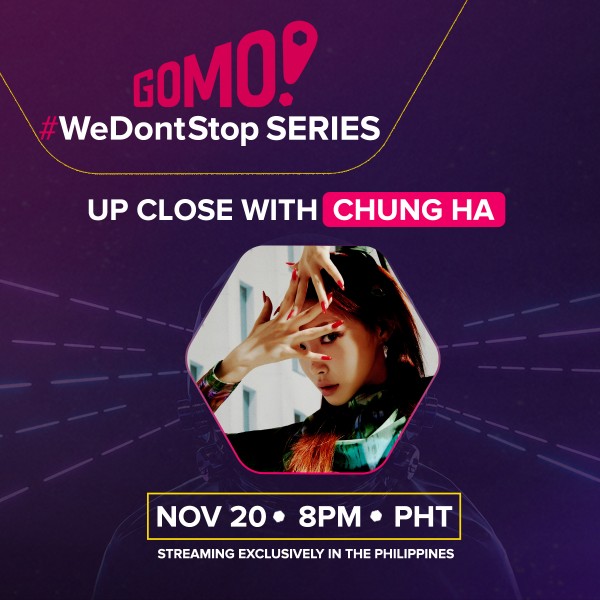 Kim Chungha will be holding another exclusive livestream for Filipino fans.On Nov. 19, the South Korean solo artist uploaded a photo via her official social media accounts to announce the exciting news. Chungha started her post by saying, "Philippines, I'm back!" She revealed that 88rising, one of her management agencies, has collaborated again with GOMO (Go Out More Often), the first fully digital telco in the Philippines under Globe Telecom, Inc.Chungha also stated that she will conduct an "up close" event on Nov. 20 at 8 p.m. PHT exclusively on GOMO's official Facebook page. It was supposed to take place on Nov. 13. However, GOMO decided to postpone the event due to the recent typhoon that caused extreme damage to hundreds of families in the Philippines.

Previously, the K-Pop idol took part in the "#WeDontStop" concert conducted by GOMO last Nov. 7. She was one of the artists who performed a live stage for the Filipino fans, along with NIKI and Joji. The event was a collaboration between Globe Telecom and American company 88rising and was exclusively broadcast through GOMO's Facebook page. Kim Chungha and the two singers are under the management of 88rising.

At the "#WeDontStop" concert, Chungha performed several of her solo tracks, including "Roller Coaster," "Snapping," and "Gotta Go." 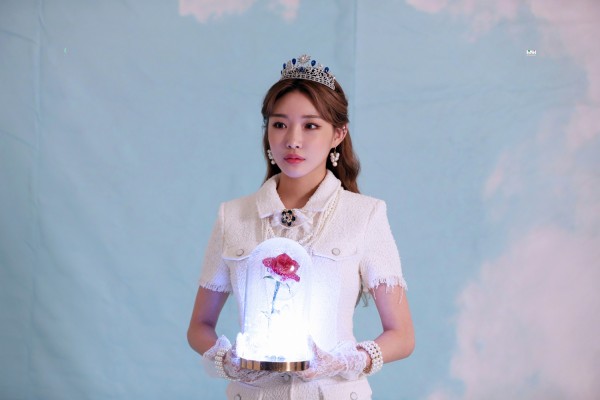 In other news, the Korean soloist is gearing up for her solo comeback next year. On Nov. 18, KST, Chungha dropped three short videos hinting at things that will be revealed soon. The first clip shows stage lights and the word "November," and the second displays a dark place with the word "December." And the last clip presents a stone pillar with the term "January."

The following day, Kim shared more details regarding her comeback. She posted three teaser photos - the first has the text "Dream of You," along with the date Nov. 27, the second with an "X" and Dec. 10, and the last one shows "1st Studio Album Packshot" and "QUERENCIA" together with the dates Dec. 14 and 15 and Jan. 4.

This signifies that Chungha will be releasing two songs - "Dream of You" on Nov. 27 KST and "X" on Dec. 10 KST - ahead of the launching of her very first studio album titled "QUERENCIA." 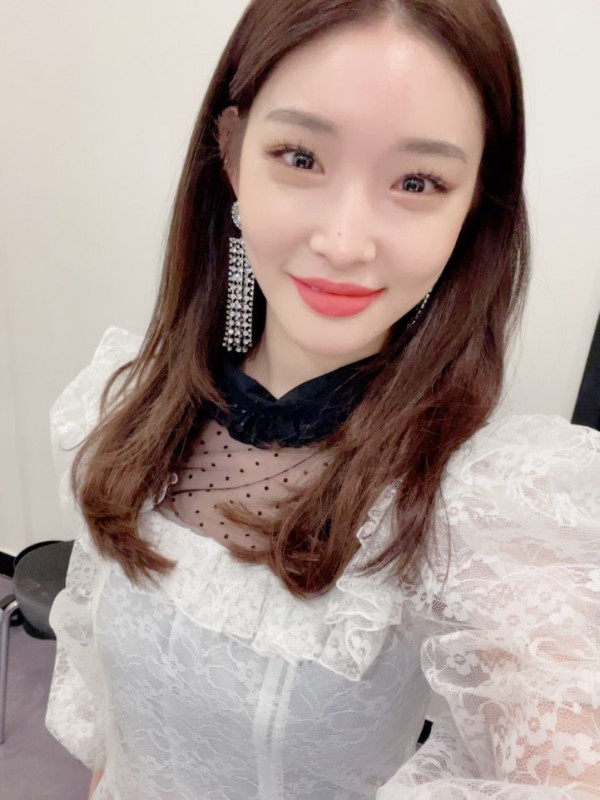 The upcoming album marks the singer's first release in almost four months since she collaborated with Danish singer Christopher with the song "Bad Boy," which was out on Sept. 23. She also previously shared two pre-release songs, which will be included in her new album: "Stay Tonight" in April and "PLAY" in July. Both tracks were well-received both in South Korea and the United States.

Meanwhile, Kim Chungha sang the track "You're In My Soul," which serves as the soundtrack for the tvN drama "Record of Youth." It was released on Sept. 14. Prior to that, she was chosen as one of the cast members in SBS's "Law of the Jungle in Wild Korea."