A JYP Entertainment psychiatrist recently appeared on a broadcast and revealed the stress female idols go through because of their need to diet.

On the Thursday, Dec. 10 airing of SBS Plus' "You Can Talk To My Sister" (literal title), the episode featured a woman who has decided to undergo gastrointestinal surgery to lose weight. The woman, who has two daughters, revealed that she wanted to lose weight after gaining 50 kilograms during her first child's pregnancy. 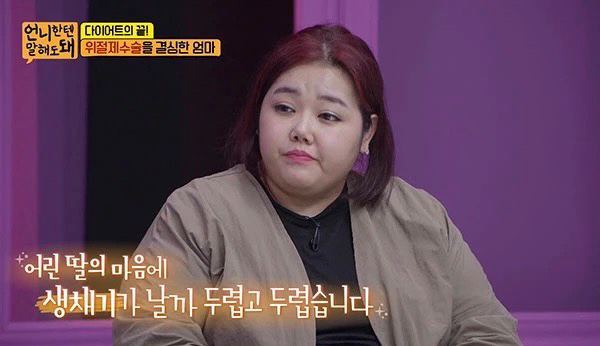 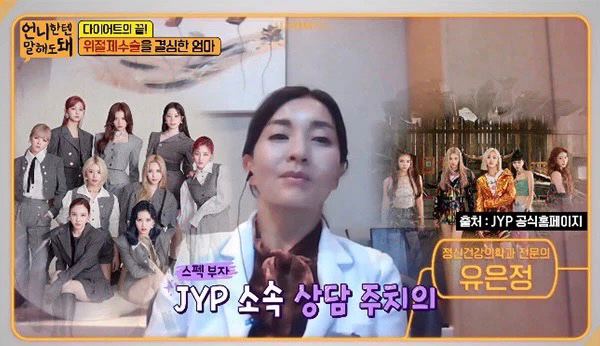 She continues, saying, "There is so much pressure to be slim that many female idols go on extreme diets. Even IU and Jang Nara had bulimia. If you are stressed out, your stress hormones can go up and it can affect your body. It will turn your body into one that has difficulty losing weight." 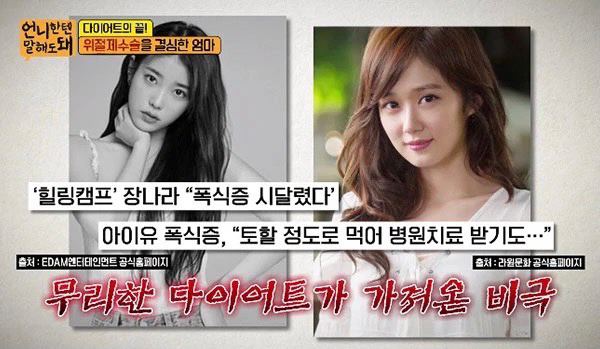 The psychiatrist then informs the woman that sometimes, even when people feel they are hungry, they are not actually hungry. It is called "fake hunger" or psychological hunger, which makes you feel like you need to eat when you actually do not need to. 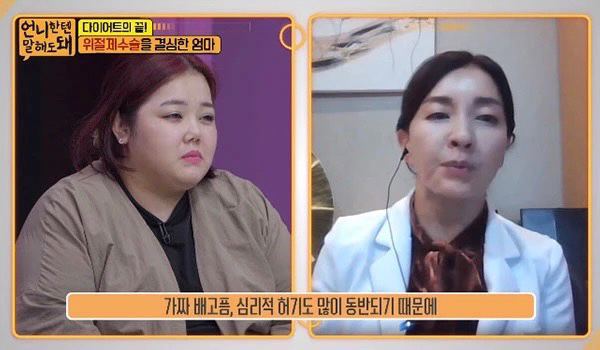 In the past, JYP Entertainment female idols have spoken up about their insane diets. In a past live stream on V Live, TWICE member Momo revealed that she was told that the only way she could take part in her debut showcase was if she lost 7 kilograms, or 15 pounds, in one week.

Desperate to debut, Momo revealed that she did not eat anything for a whole week and spent as much time as she could in the gym. She even resorted to spitting all the time so that there would be no water in her body. Whenever she laid down in her bed and tried to sleep, she would fear for her life, saying that she was so scared that she would not wake up again the next. She even cried at the thought. 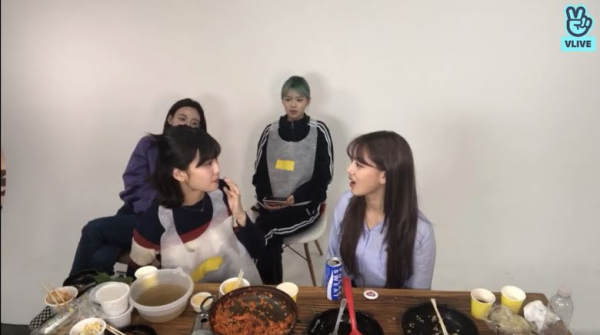 Momo revealed that she resorted to eating an ice cube a day for the whole week. Despite that, she did not lose 15 pounds within the time limit they gave her. They decided to give her more days to diet, and she ultimately succeeded in losing weight. The TWICE members with her, Jeongyeon, Nayeon, and Jihyo, revealed that Momo became so pale during her diet, to the point where she looked like she was dying.

IU, who Yoo Eun Jung mentioned, has confessed to suffering from bulimia in the past. Back in 2014, IU confessed that there was a time where she was constantly lethargic and would sleep and eat all the time. She said that she had felt empty inside and would fill that emptiness with food. However, instead of feeling good, she would be plagued with anxiety. 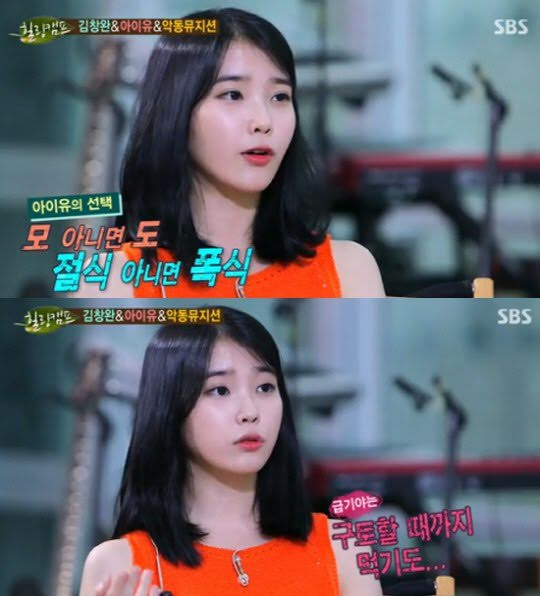 So resorted to binge eating until she threw up her food. Acknowledging that this was a problem, IU sought treatment. She has since been treated for her eating disorder and is making constant efforts to prevent a relapse.