BTS is scheduled to launch a new version of their most recent album "BE"!

On Monday, Jan. 25 at midnight KST, BTS took to the fan community platform, Weverse, to officially announce that they will be launching a new edition of their "BE" album. Following the release of "BE (Deluxe Edition)" in November 2020, the world-renowned boy group will be dropping "BE (Essential Edition)" on Feb. 19.

As per Big Hit Entertainment, while the new version of BTS's "BE" will also consist of eight songs that were previously included in the Deluxe Edition, some parts of the upcoming album will be different from the first one. The record label also shared that BTS will be giving surprise gifts to fans, which will be revealed one after another before the album's release in February. 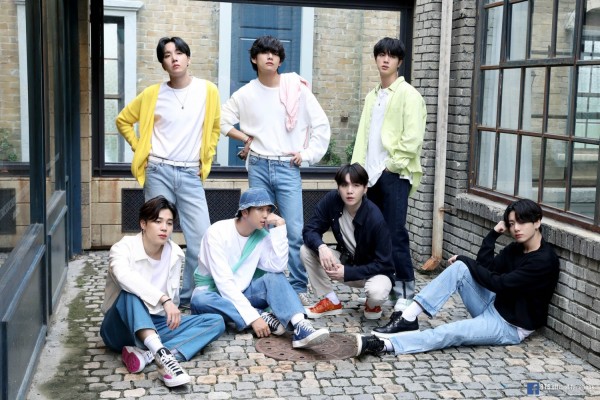 The launching of BTS's "BE (Essential Edition)" is said to be the boy group's way to thank the fans from all over the world who continue to make history with them in terms of total album sales, chart rankings, music video views, Spotify streams, and many more. In particular, three of BTS's songs made history after entering Billboard's Hot 100. The Hot 100 ranks the most famous tracks in the United States across all genres based on streaming, sales data, and radio airplay.

In September 2020, "Dynamite" debuted on the chart at No. 1, becoming the highest-ranking song on Hot 100 by an all-Korean group. The song attained 33.9 million U.S. streams and a total of 300,000 sales in its first week. It also reached 11.6 million radio airplay audience impressions in the last week of August. It is also the longest-running track by a Korean act on the chart, beating PSY's 2012 song "Gangnam Style."

In December 2020, BTS's "Life Goes On" claimed the No. 1 position as well, becoming the third No. 1 song of the boy group on the chart. Considering this, BTS becomes the first artist to land three songs at the top of Billboard's Hot 100 after more than 42 years since the Bee Gees in 1977.

In addition, BTS becomes the fastest act to achieve the milestone since The Beatles who scored three Hot 100 No. 1 songs in two months and three days back in 1964. "Life Goes On" also became the first single sung in Korean to hit No. 1 in the chart's 62-year history.

Meanwhile, a notable milestone of BTS's "BE (Deluxe Edition)" is that it sold more than one million copies in just 30 minutes upon its release, becoming the fastest album to hit the one million mark in Hanteo Chart's history. Then within 20 hours, the album sold over two million copies. BTS's latest album, along with its title track "Life Goes On," also swept iTunes charts across the globe.

Are you excited about the new edition of BTS's "BE"? Share your thoughts in the comments!