According to the results of YES24's album sales ranking for the first week of February, SM Entertainment's global group NCT ranked first with its "NCT 2020: RESONANCE Pt.2" kit album, which topped the list for two consecutive weeks.

On the list, NCT claimed the first and fifth spot, through "NCT 2020: RESONANCE Pt. 2." In particular, the "Smart Music Album" or kit version placed in No. 1, while Departure version ranked fifth.

Based on YES24 data from January 25, 2021 to January 31, 2021, the following acts recorded the highest album sales for the first week of February, solely for the purchases made in the platform.

NCT is consistent with proving their global power by entering local and international music charts.

On Jan. 27, it re-verified its influence and music popularity in the U.S. "Billboard 200" chart, entering the rankings for nine weeks.

On Feb. 1, it was also reported that NCT also topped Hanteo's Monthly Chart for January, recording the highest physical album sales for the month. 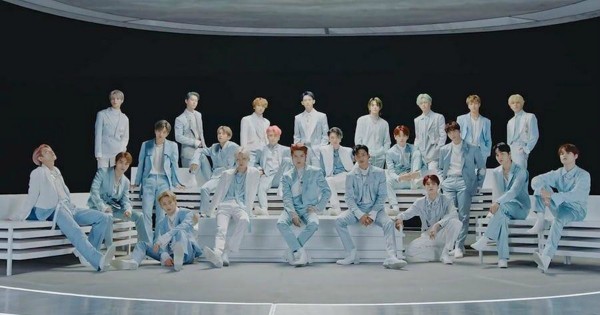 With their two-installment album, NCT gained the title of "Double million-seller."