CARATs, it's time to celebrate! SEVENTEEN member Jun has successfully landed his new solo track on one of the major charts in the world, particularly the Billboard World Digital Song Sales chart!

The Billboard World Digital Song Sales chart ranks 25 digital singles by artists around the world who have the most sales in the world music genre in a certain week. And for the week ending on Feb. 20, SEVENTEEN Jun is among the K-pop artists who made it to the list.

On Feb. 5, the "Adore U" singer launched a new solo track titled "Crow," which serves as a pre-release song for his solo album "Silent Boarding Gate" that came out on Feb. 14. Shortly after SEVENTEEN Jun's new solo track came out, it quickly rose to the top of the iTunes Song chart in five countries and secured spots in the chart's top 10 in eight different regions.

And now, SEVENTEEN Jun's new song has debuted on the Billboard chart, claiming the No. 14 position. The male idol now earns a Billboard spot alongside K-pop's biggest acts such as PSY, IU, BTS, BLACKPINK, and more.

While this is Jun's first time to enter the Billboard World Digital Song Sales chart, his group SEVENTEEN has already secured several positions on the Billboard chart. Some of the tracks are "HIT," "You Made My Dawn," "Left & Right," "Home;Run," and their 2017 hit "Don't Wanna Cry."

"Crow" is sung in his native language Mandarin and is about being brave despite losing hope. It is also about gathering the courage to still go after what you love and carries a message of self-approval and the wish that people will accept everyone's differences.

READ MORE: SEVENTEEN, ITZY, and More: Idols Select the Artists They Want to Get Close to in 2021

This solo track is SEVENTEEN Jun's first solo release in more than two years since his first solo single album "Can You Sit by My Side," which he co-wrote and was issued on Dec. 14, 2018. It is said that the "Mansae" singer also penned the lyrics for "Crow." 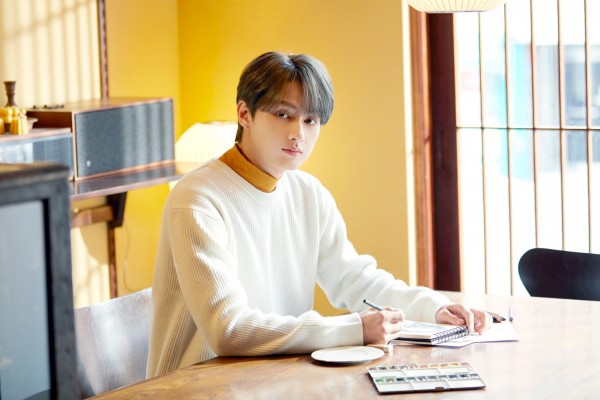 SM Entertainment's new girl group aespa has also entered the chart for the second time with their new song "Forever," which is in eleventh place this week. Other K-pop solo artists on the chart are Cha Eun Woo at No. 13 with "Love So Fine," HyunA at No. 16 with "I'm Not Cool," PSY at No. 18 with "Gangnam Style," and IU at No. 20 with "Celebrity."