Keep on reading to see what he posted.

On Feb. 24, Chanyeol shared a long letter to EXO's Lysn Bubble. In his letter, he took time to greet the EXO-Ls, as well as apologize for causing them concern and thanking them for their continuous support. Chanyeol also promises to do better in the future and to make EXO-Ls proud of him and not worried over him again. 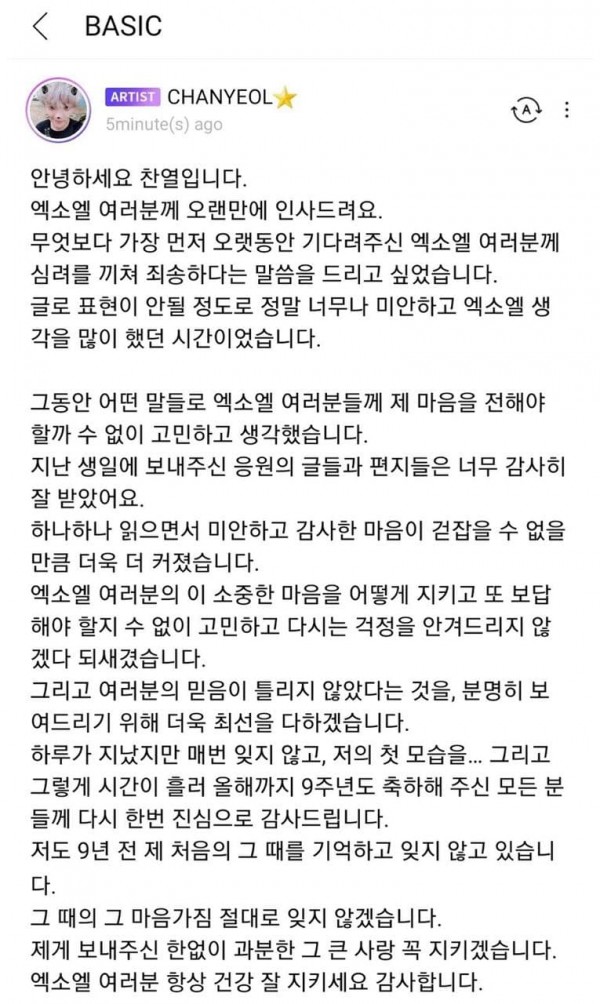 "Hello. This is EXO's Chanyeol. It has been a long time since I have greeted EXO-Ls.

First of all, I would like to apologize to EXO-L for being the root of so much concern, as you have patiently waited for me for so long.

I am so sorry. I cannot fully express what I want to say in writing, but there was a time period where I thought about EXO-L a lot.

During that time, I could not help but agonize over and over again and think about what I should say to our EXO-L.

I received many messages of love and support from you guys on my birthday, and I am very thankful for those and have read them well. I read them all one by one, and as I read them, my feelings of gratitude and sorriness grew tremendously beyond my control.

I could not help but wonder how I could protect the hearts of our EXO-L and how I can repay all of you guys. I will do my absolute best not to make you worried again.

Also, I will do my best to show that you guys believing in me will not be in vain.

Days have passed, but I still have not forgotten my first public appearance... And I would like to genuinely thank everyone who celebrated our nine-year anniversary with us this year.

I also remember how I was nine years ago, and I will never forget that.

I will never forget the mindset I had.

I promise that I will protect the endless support you all have set me.

How Did People React to Chanyeol's Apology?

After Chanyeol shared his letter to EXO's official LYSN page, fans trended #WELCOMEBACKCHANYEOL on Twitter. The hashtag started trending worldwide at number one, with many people celebrating Chanyeol's return to social media.

Fans used the hashtag to say that they have forgiven Chanyeol for his controversy, while others said that he didn't have to apologize and that he didn't do anything wrong, and they expressed their hopes that he would keep in touch with EXO-Ls more from now on.

In Oct. 2020, a netizen who claimed to be Chanyeol's ex-girlfriend accused him of cheating on her multiple times. According to the user, Chanyeol would sleep with other women while she was asleep and had hooked up with people of various professions, such as idols, YouTubers, and flight attendants. Chanyeol was also accused of talking badly behind a fellow EXO member's back after they flirted with the netizen, unaware she was dating Chanyeol. 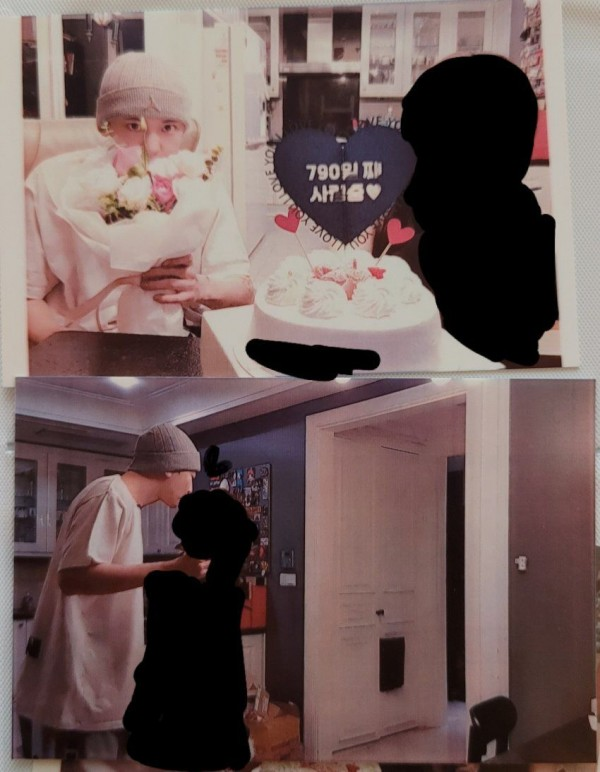 ALSO READ: Netizen Claims to be EXO Chanyeol's Ex-Girlfriend + Accuses Him of Cheating on Her

The user claims to have a voice recording of a call they have, in which she confronts him on the cheating, but no voice recording has been released. The user posted photos as evidence, but people have questioned the authenticity of the photos, with many claiming they were doctored.

SM Entertainment revealed they had no official stance on the matter, neither confirming nor denying the rumors.