The latest Park Ji Hoon single under UNIVERSE Music, "Call U Up (Feat. Lee Hi) (Prod. Primary)," has been making waves across the world. 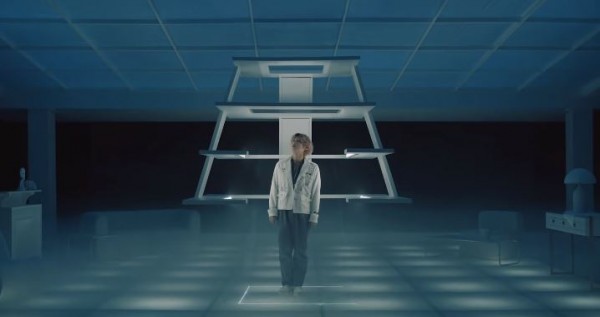 Aside from the warm reception in its home country of South Korea, "Call U Up" has also ranked in a number of overseas charts. A statement from Klap says that the latest UNIVERSE Music entry has already placed second in Vietnam, seventh in the Philippines and in Thailand, and eighth in Indonesia. It has also ranked fourth in the iTunes TOP songs charts and seventh at the TOP K-POP song chart.

It has also inspired a number of cover videos on YouTube, where fans have created their own lyric videos - in English and Korean, among others - swarming with comments of fans admiring the impressive harmony between Park Ji Hoon and Lee Hi and others admiring the musicality lent by Primary, who is a known K-Pop hitmaker, serving as the track producer.

"Call U Up" is the third single released under UNIVERSE Music - the NCSoft and Klap platform's series of original and exclusive tracks. The series kicked off with IZ*ONE and "D-D-Dance" in January and the Rain and Sumi Jo collab "Guardian" last February.

Park Ji Hoon officially joined the UNIVERSE family back on November 22, with an official announcement from NCSoft and Klap. Earning his own "Planet," his own space for exclusive content and interaction opportunity with his beloved "May," Park Ji Hoon teased his official joining on the platform with a teaser "DISAPPEAR" video on the official UNIVERSE YouTube channel.

Since then, he has already appeared on the first set of UNIVERSE Concept Photos, posing together with former WANNA ONE colleagues Bae Jin-young, now with CIX, and Lee Dae-hwi, now with AB6IX. Together with the three idols is IZ*ONE member Yena, completing the first quartet of concept photos. In his concept photo, Park Ji Hoon gave life to an art student - complete with a marble bust and a set of painting implements.

Stream "Call U Up," featuring Lee Hi and is produced by Primary, on YouTube below: